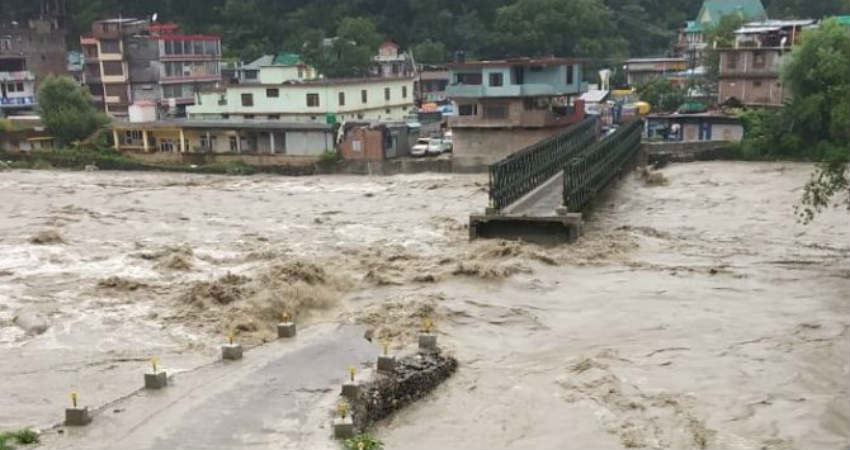 It is almost seven years since Uttarakhand witnessed another catastrophic disaster on February 7. On Sunday morning, there was a sudden burst of a portion of Nanda Devi glacier which resulted in a widespread wreck. With a sudden increase in the river flow leading to a large-scale flooding in parts of Uttarakhand, almost 150 people went missing from adjoining areas including Chamoli district.

An avalanche accompanied by the bursting of Nanda-Devi glacier, resulted in the flooding of Dhauli and Rishi Ganga rivers that washed away the entire habitat that grew around the region. Rishi Ganga Hydel Project and Tapovan- Vishnugad Hydel project are the two main power projects under National Thermal Power Corporation (NTPC) that witnessed massive damage and hundreds of laborers are still trapped in the tunnels and working sites due to this sudden catastrophe.

On the fateful day, rescue operations continued overnight by IAF Disaster Relief Task Force and National Crisis Management Committee (NCMC). From ANI Sources, it has been reported that at around 8.20pm in the evening, as a part of IAF Disaster Relief Task Force, a C130J Super Hercules transport aircraft landed at the Jolly Grant Airport in Dehradun with rescue teams and other heavy equipment on Board.

According to data provided by Indo-Tibetan Border Police, around 16 labourers are rescued safely from the tunnels located near the Tapovan Dam by the ITBP Personnel. From the tweets shared by the Press Information Bureau of Uttarakhand, it has been reported that all the 13 villages, with which communication was cut off, District Administration has arranged for facilities of ration drops and services of preparing the ration packets have started.

Commenting on the Uttarakhand disaster Ashok Kumar, DGP Uttarakhand said “Our teams are trying their level best to continue with the rescue operations despite the rising water levels. There is one long tunnel whose both ends are closed; we are trying to open up both so that we can start the operations. Since the last two nights operations have begun but we keep waiting for the daylight to get a clear picture. Till now tentatively seven people have been reported dead, 12 people rescued while 13 are missing. This is the second biggest disaster after the 2013 Uttarakhand flood which shook the nation. However, timely operations have begun and one relief is that as per NCMC, there shall be no danger of floods in the downstream areas.

Uttarakhand CM Trivendra Singh Rawat visited the disaster-hit areas and announced a compensation of Rs. 4 lakhs for the families whose members lost their lives in this disaster. PM Modi approved a compensation of Rs. 2 lakhs to the families of the deceased and an aid of Rs. 50,000 to those who were seriously injured in the Uttarakhand flash flood.

Frequent natural calamities are a reminder to modern man that mindless development and careless dealings with the environment will ramify in ways beyond human control. As precious lives get lost in the flood of Uttarakhand, it’s time for us to pause and ponder.