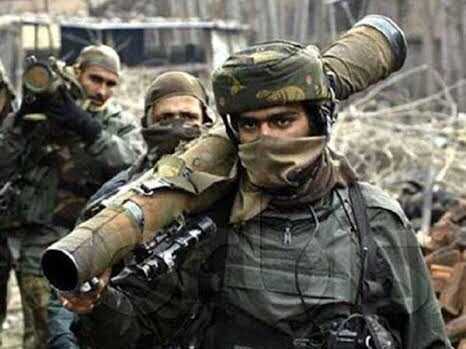 Srinagar: Two Lashkar-e-Taiba/The Resistance Front terrorists, which included one of them carrying a press card, were killed during an encounter with security forces in Jammu and Kashmir’s Srinagar city, officials said on Wednesday. The encounter took place in the Rainawari area of Srinagar.

The terrorists had been involved in several crimes recently including the killing of civilians, said the Inspector General of Police Kashmir.

The terrorist carrying the press card was identified as Rayees Ahmad Bhat. Police said he was a former journalist who had joined the militant organisation in August last year.

Police said an encounter broke out at Rainawari area of old Srinagar when forces launched an anti-militancy operation following an input about militant presence.

An encounter took place around midnight following a cordon and search operation in the old city, a police official said. He said two militants were killed in a brief gun battle.

“The hiding terrorists opened fire triggering an encounter. In the gun battle two terrorists of Lashkar-e-Toiba were killed,” a police officer told UNI.

Bhat had joined the terrorist ranks in 2021, the police said, adding that two FIRs had been already registered against him for terror crimes.

Incriminating materials including arms and ammunition were also recovered, added the police.

Security forces have shot dead 13 militants in nine gunfights in Kashmir this month.