More
More
HomeUncategorized25 years of Jimmy Tangree – the man who changed the face... 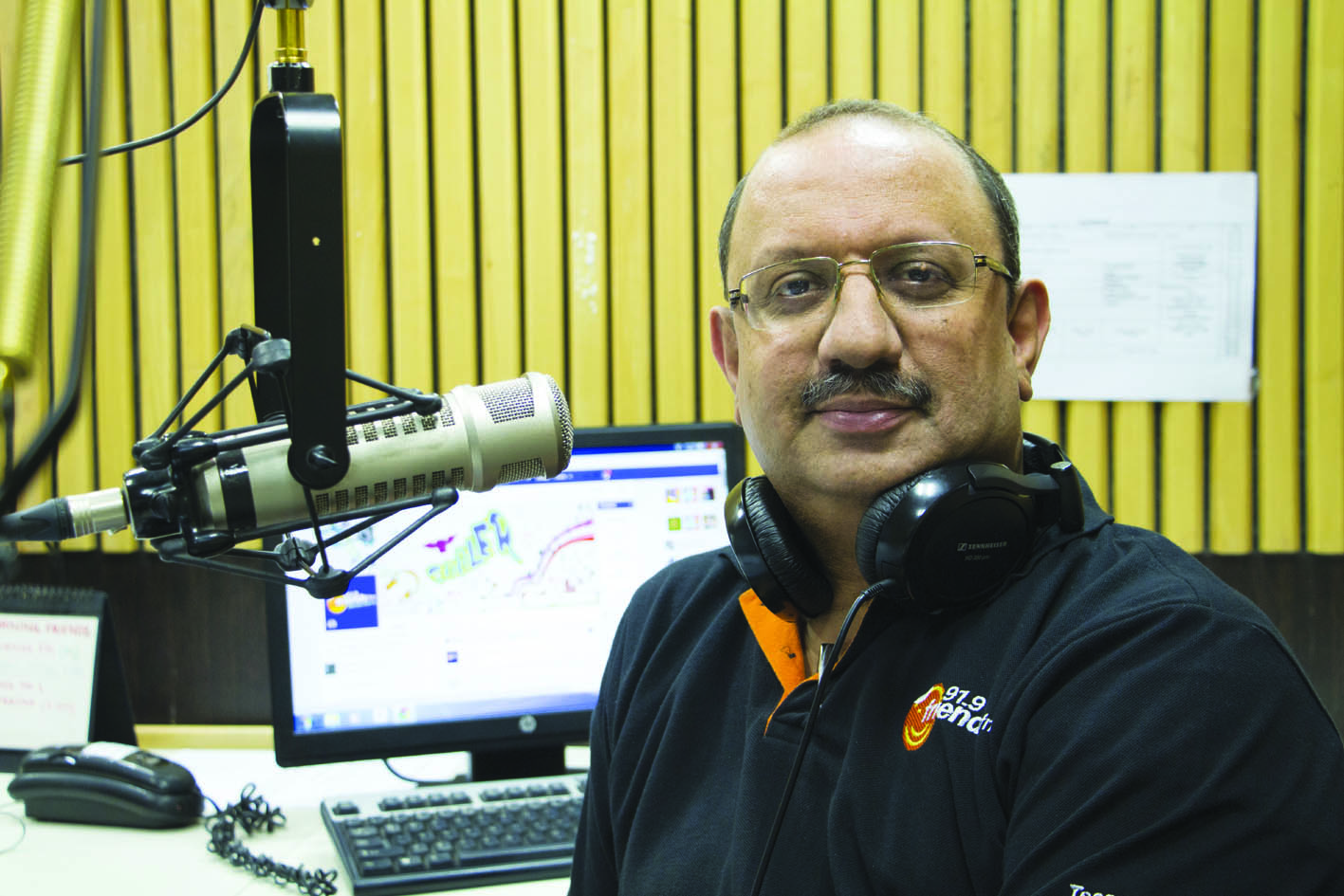 Kolkata is the city which listens to every voice. When it comes to radio, the City of Joy never forgets the legends. The era of the 1990’s was truly a game-changing one. The FM radio stations rekindled a new mode of entertainment and suddenly, music scape of the city explored a new horizon with exemplary courage and dedication – Fortune favours the brave. At such a crucial juncture awaiting an epoch-making innovation,  Jimmy Tangree, a young robust gentleman, full of enthusiasm and exuberance, played a pivotal role in bringing about a sea change in the concept of radio broadcast. In two and half decades, he has not only become the face of FM Radio in Kolkata, but also the biggest mascot in the domain of radio in Eastern India. Listeners with fond regards and appreciation call him ‘Jimmy’. Yes, he has become the pulse of the city with his unique charm and elegance on air.

What epitomized Jimmy Tangree in Radio, is his endless quest for excellence and perfection. Not many people are aware of the fact that he began his journey as a DJ in the early 1980’s at the Calcutta Swimming Club. At that time, DJ-ing was not at all as popular as one can see it today. A Xaverian with inborn leadership qualities, Jimmy Tangree took his chance and his sense of music quickly became a massive fan favourite. From an impromptu performance to a regular one – it was indeed a fantastic experience for him. In 1993, he played a DJ in Incognito at Taj Bengal. his overwhelming performance soon made him a celebrity. 1994 was a career-defining year for him. With such baritone, he was chosen as a Radio Jockey in Times FM and since then, there has been no looking back. He took his technical expertise in backend production and designing when he joined the Saregama Broadcast as the ‘country head’ in June 2000.

In May 2002, Jimmy Tangree became the Station Head of Red FM. Jimmy’s stint in Red FM became so popular that he eventually became the unofficial brand ambassador of the pan India radio station. In April 2014 he took charge of Friends FM and gave it a massive facelift. Before his arrival, Friends FM catered to a niche Bengali audience and was not being able to explore new pockets in the domain of radio broadcast. With Jimmy Tangree’s inspirational leadership, the channel witnessed significant changes and presently it is running as one of the most innovative and popular FM stations in the City of Joy. All these years, Jimmy Tangree has been responsible for the regular compering of prestigious events and diverse programmes. Undoubtedly he has been a true mentor to the young generation and a true inspiration to all newcomers in the performing industry. One shouldn’t forget the fact that he also plays a stellar role in media management. Talk about sales or RAM ratings or digital viewership – Jimmy Tangree is young at heart. Indeed he is the most updated professional in the industry today.

One might wonder what made Jimmy Tangree a completely different persona on air. Even today, when he goes live on air, in his iconic ‘Direct Dil Se‘ show, people simply wait with beating heart to listen to him and request him to play their favourite songs. In fact, Direct Dil Se has become a hallmark of Jimmy Tangree, completing 23 eventful years of heart to heart conversations. There have been so many eventful episodes where Direct Dil Se has truly complemented love stories. In fact, a few years back, Jimmy Tangree played the key role in crowdfunding the amount needed for a major operation for a kid. The way the entire city responded to Jimmy’s call was amazing. People discovered the tender humanitarian trait of Jimmy’s character. He has often been asked as to why he has never shifted his base. He is quite clear regarding his stand: ”I love my city and my family. Kolkata has given me everything and I am indebted to my city, my first love.” Even today, so many fans arrive at Friends FM station, just to say ‘hello’ to their loving Jimmy or to click a selfie with him.

Three decades back, when the FM radio station hailed a brand new era, the whole idea was to play good music, entertaining shows and engaging content. At present, FM radio has emerged to be a vibrant medium which is sustainable from both business and aesthetic perspectives. With product launch, activation, concerts and all, the radio segment has witnessed sea changes and Jimmy Tangree remains convincingly in the hearts of his fans for his everlasting success stories. He continues to inspire people and no wonder, Kolkata’s very own Jimmy Tangree is India’s pride as well.  And his words keep on buzzing on air, “I had a dream. I am living the dream today and I am loving the dream which has become a reality”.