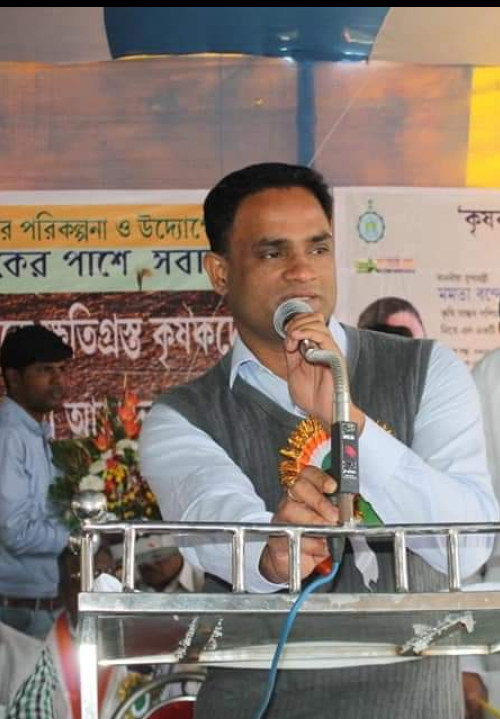 District Magistrate P Ulganathan talks about ways to safeguard a growing district, conservation of the largest single block halophytic mangrove forest in the world, success of the Gangasagar Mela and measures to keep each and every resident of the region safe and secured. Excerpts:

South 24-Parganas is a vast district with unique contrasts. It is a real challenge to plan and execute strategies because of this but our team is well-equipped to act and maintain good coordination to ensure that the right parity is maintained.

The Green Mangrove Mission — The Sunderbans

Known for being the largest single block halophytic mangrove forest in the world, the Sunderbans has always been our major concern and we try to provide all possible means to safeguard the region. The area is a cluster of 54 small islands and once we proliferate deeper into the forest, we can see the predominant exploitation. Islands are being turned into residential sectors, sea-beds are being destroyed because of strollers and the mangroves are being dismantled. Being a DM, I regularly get National Green Tribunal cases where reports on such incidents are recorded. On our part, we have taken a pledge to minimise all such activities in the forest.

Additionally, we are bent on creating schools and colleges to educate more and more people so that they can understand the value and significance of reservation of forests. We believe in regulating the system through emphasising on training and adopting a holistic approach for awareness and safety.

We maintain that the best way to generate employment is to engage more and more youth in their initial days in diverse forms of employment opportunities to avoid any malpractices. This is why we have several individual benefit schemes which will help them stay on the right track and strike an appropriate balance. Schemes such as NREGA, Kanyashree and Rupashree have profoundly benefitted a lot of young women and adults through improving their life and helped in generating employment. This is taking the district a step further and contributing immensely to make them strong, financially and mentally.

Digitisation is a wave which has taken possession of the entire country and changed the façade of every nook and corner of states and districts. South 24-Parganas is a district which cannot be kept outside its purview. We are trying to implement e-governance to the fullest. In fact, we have 40 offices through which we deliver e-services. Application for pension and SC, ST certificates are now available offline in a seamless manner. Gram Panchayats and BDO offices are being equipped with cutting–edge technologies which will make services transparent and quick. For this, we are making the offices fully functional so that they can run appropriately.

Individual sectors require particular attention. The requirement which is essential in urban areas may not be necessary for rural areas. This is what we try to identify and implement accordingly. I have appointed several officers in the departments to look after the well-being of residents. All the teams have been split for efficient execution of duties. Scrutiny is conducted to oversee whether everyone is doing their work properly or not. A bio–medical waste treatment plant has been set up in South 24-Parganas for treatment of wastewater and discharge of vehicle wash. Plants for water purification have been set up in rural areas and teams have been deployed for safeguarding the welfare of residents around rural areas. Steps for increasing employment through the NREGA scheme have proved to be immensely effective in escalating the lives of the unemployed in the rural areas. Thus the district is gradually advancing towards improvement and it is indeed a huge leap for us.

This year, a slew of measures were taken to ensure that the Gangasagar Mela is flagged off smoothly and it was indeed a grand success. We are all aware of the famous congregation and it requires a lot of effort for its effective management. Last year, the statistics revealed that around 19 deaths occurred at the ground. This year, we worked very hard for a cleaner and safer Mela, with zero deaths and missing people.

Our team ensured that camp offices will be located at different centres for competent management of the movement of pilgrims, three more barges have been set up, WLAN setup was ensured for better connections, breakdown vans were installed across several points, guides were allotted to give live coverage and number of jetties were increased to improve the flow of pilgrims, roads were constructed to avoid traffic congestion and specialised doctors were made available to provide medical treatment during emergencies. In addition to this, loud speakers were fixed at various points to report missing people. The entire planning was a back-breaking job, but due to the vigorous efforts, the mega event in its third millennium, saw a sharp decline in number of deaths. We have been able to save 5000-6000 missing people, which was a challenging point for us, but we have coped up well and have executed the programme in a promising manner.

This year, we have revamped the entire concept of the Mela and have resorted to using eco-friendly means to conduct the fair. In an effort to promote environmental sustainability, more than 5 lakh bags were made out of sarees to put a ban on plastic.

Every year millions of pilgrims flock to the Sagar Island to take a holy dip and often end up polluting the water through various means. This takes a serious toll on the beach and the water. Therefore, we have associated with the National Jute Board to make bio-degradable bags to protect the environment in and around the Sagar. Around 5,000 employees were engaged to keep the island clean. Needless to say, the result was visible right after the Mela ended — clean beaches, zero pollution in the water and zero deaths. It’s a massive success for us.

Extensive loss occurred in and around South 24-Parganas and in the Sunderbans due to Cyclone “Bulbul” that impacted almost the entire district. Officials confirmed that the district incurred a loss of Rs 23,811 crore and around 5,17,535 houses were severely ravaged. However, we have taken note of the damage that has occurred and have sent out teams to visit the affected areas. We have constructed roads; provided 3.5 lakh disaster kits to all the injured persons and more than 6 lakh farmers have been given grants and relief. Simultaneously, we have arranged shelters for the homeless. Through the NREGA Scheme, we have tried to generate employment, give house grants and give cow and poultry sheds.

All our activities catered to all the victims and we have been able to compensate them for their losses.

Secondly, we have plans to set up cyclone sectors for timely disaster management and spread awareness regarding cyclones.

South 24-Parganas is taking up several steps to establish a secured livelihood for everyone across the district. Several cases of trafficking have been highlighted in the areas which are being looked after and separate teams have been appointed to take care of issues such as women and child health care, education, pension and to foresee that the weaker sections are empowered through a multitude of schemes under the NREGA scheme. Our primary focus is always on the Sunderbans because it requires critical and precise consideration. Many officers are deployed in different departments, who are looking after the separate aspects and are ensuring that the core areas are well taken care of.

One word of advice:

They say that the only way to do great work is to do what you love. The advice to all would be to remain dedicated and committed to their work. The moment one starts to enjoy his/her work and make fewer calculations, he/she is a winner.