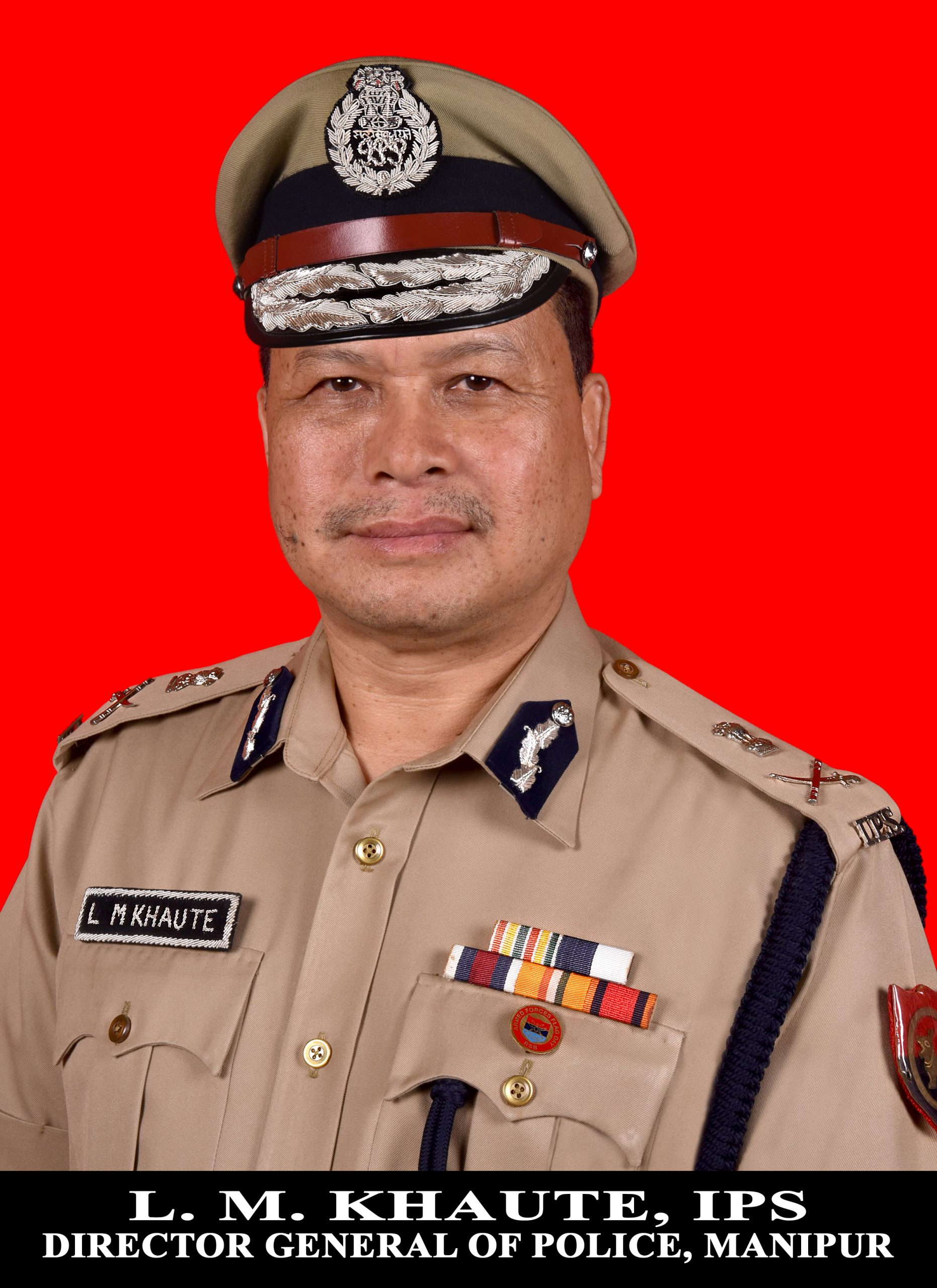 Manipur as a state has witnessed different political upheavals in the past, but the political climate changed with passing time. How is the state police ensuring the safety of the citizens and shielding the tranquility of this beautiful state? How police check border crimes in Manipur especially when people had high hope on you ever since you took charge as DGP since 2017.

Ans: Utmost importance is given to maintenance of peace and tranquility in the state of Manipur- a unique and challenging task considering its topography, history and demographic profile.
Kuki insurgent groups that used to operate in the hill districts of Manipur have signed Suspension of Operations (SoO) with the government and are now housed at designated camps. Frequent checks are carried out so that the SoO ground rules are enforced in order to maintain peace in the state.
Naga based UGs in the hills are also contained through synergized efforts with Assam Rifles and Army operating in the state. There are several other valley based UG groups that operate in the valley districts of Manipur. They are kept in check through proactive security measures such as strategic deployment of Commandos, Counter insurgency exercises, highway patrolling, frisking and checking, activating Police Stations, etc.

In the last 4 years, Manipur Police and security forces have arrested 2007 militants and 120 illegal immigrants, detained 142 militants under NSA, and recovered 419 arms and 18,841 ammunitions. At the same time, 966 drug-related cases were registered in which 1261 persons were arrested and 5366 acres of illicit poppy and 28.02 acres of illicit ganja cultivation were destroyed. 295 POCSO cases were charge-sheeted during this period, and in 40 cases, convictions have been awarded.

Manipur Police have handled border crimes with iron hands. What specific steps have you rolled out to secure the free border areas from criminal activities?

Ans: Ever since I took over as DGP, Manipur in 2016, priority has been accorded to effectively tackling border crimes, including arms smuggling, drug trafficking, illegal migration, human trafficking, etc. during the last 4 years. Various measures such as border patrolling, frisking and checking, deployment of Commandos at Moreh (the border town) are carried out to secure the border areas. In the past 4 years, 244 persons were rescued from being trafficked. In February of this year, 179 citizens of Nepal, who were being trafficked from Nepal to Myanmar and other countries were rescued from Imphal and Moreh and later repatriated to their country through coordinated efforts with the Govt. of India and Nepal, Social Welfare Department, Manipur and Manipur Police.

Community building is a major focus for all the police forces across the country. What steps Manipur Police has initiated to create a strong bridge of communication with the public?

As Manipur police aims to become people-friendly, what are the changes which are being initiated in the Manipur Police Department, according to you?

Ans: Manipur Police completed 125 years on 19th October, 2017. Yearlong celebrations were held to mark the occasion, during which different people-friendly initiatives and steps were taken up to bring Manipur Police closer to the public. Manipur Police Social Media was launched by me on 3rd October 2019.
Today Manipur Police has acquired the image of citizen- friendly force. To bring this about, discipline/ gender sensitizations, behavior sensitization programmes, etc. are conducted at the training centers.
At different levels of hierarchy, people friendly behavior, particularly at the cutting edge level is emphasized. Officers and men who perform well or exhibit exemplary good behavior were honored publicly and the erring personnel were taken to task.
To improve the image of the Manipur Police and make it people-friendly, trophies for Police officers and men for Community Service and Anti-Drug Campaign are given since 2017 on the occasion of Independence Day. Ever since I have taken over, the Department has introduced different awards/ trophies to bring about improvement, such as Best Battalion, Best Police Station, and Best Police Officer awarded every year.
To earn trust of the public, huge quantities of drugs were publicly burned at a function on September 26, 2018 attended by Chief Minister as part of pre-trial disposal under the law.

Globally, one issue which is extremely alarming is the According to you, how do you feel that the Police department in Manipur is encouraging more young minds to join the police force? Do you think that the system is youth-friendly?

Ans: With the gradual development of the law and order situation in Manipur and the overall improvement in the image of Manipur Police, it has become visible that the youths of the state are interested in joining the Manipur Police. During recruitment, thousands of youths would turn up for a chance to join the police.The role and duties discharged by the Police force in a state like Manipur are very challenging and the youths of Manipur who are physically fit and sports-loving would certainly want to join the Police Force.
If maximum youths are recruited in the Police force, this would bring them to the mainstream and give them an opportunity to serve the country.

Tell us about your initiative on modernization of police force?

Ans: Modernization of Manipur Police Force is a continuous process with the assistance of the Central and State governments. Through modernization, the state police have improved greatly in mobility, weaponry, communication and infrastructure over the years. As Head of the State Police, I make sincere efforts to modernize the state force not only in terms of equipment and infrastructure, but also to modernize the profession, outlook, attitude and approach so that the state police become truly people-oriented.

You are a wildlife enthusiast; tell us more about your love for wildlife.
Ans: I am a nature and wildlife enthusiast as you pointed out. This somehow comes naturally since my younger days. Manipur is endowed with beautiful nature and abundant wild life. Due to some traditional practices and anti-wildlife activities, the wildlife in the state today needs serious conservation efforts.

Are you an avid reader of books? Can you tell us briefly about your book ‘The Sangai’: The Pride of Manipur ‘which was released in 2009?

Ans: I have authored a book on wildlife about the Sangai (brow-antlered deer), the state animal of Manipur, entitled “the Sangai: The Pride of Manipur ’’ which was published in the year 2010. A short story entitled ‘A tale of the Thangjing Hills,’ plus notes on ‘Haofa, the Indigenous Dog of Manipur’ is appended. Though not directly connected to each other, yet the theme of animal and the wild runs through the strands of these writings. A couple of poems are sprinkled to give poetic touch to this simple yet interesting book. Two of my poems entitled “Deer Sangai” and “Ode to the Loktak Lake” in the book, which I got translated in Manipuri have been produced as video songs (available on Youtube) to spread awareness on Sangai and the Loktak Lake.

Since when did you develop interest in writing? Are you planning to write some more books in the future?

Ans: Due to time constraints, I have not been able to write more books. However, I hope to write a few more books in the future.