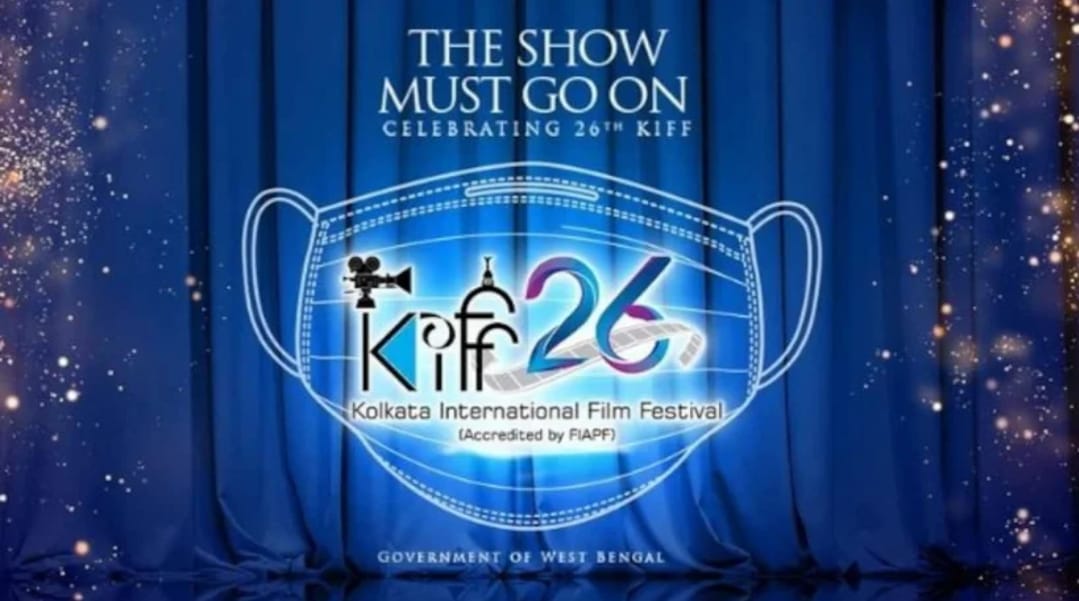 The COVID19 pandemic might have ruined people’s hopes and expectations but the 26th Kolkata International Film Festival follows a different motto -“The show must go on“. With safety and proper sanitization measures, the Film Festival started in Kolkata from 8th January 2021 and will continue till 15th January 2021 at eight different venues including Nandan, Rabindra Sadan, Sisir Mancha, screening movies like Anuradha, Saptapadi, Dadar Kiriti, La Dolce Vita and many more. The festival will also host special tributes to Irfan Khan, Tapas Paul, Santu Mukherjee, Rishi Kapoor and many such iconic actors. Tickets will be available from Book my show.

KIFF or popularly known as Kolkata International Film Festival started in the year 2011 and needless to say it won the hearts of intellectual Bengalis, immediately. The annual film festival has been an absolute delight for cinephiles for years and over a span of 10 years it has grown in dimension taking the shape of a People’s Festival. From screening classic films, short documentary films and feature films – the festival is an eclectic mélange of cinema. Hon’ble Chief Minister Mamata Banerjee also tweeted regarding the teamwork of KIFF .

“Thank you @anubhavsinha for being with us for the opening of #KIFF It was our pleasure to host you. Thanks also for appreciating the ‘unrelenting, never changing spirit’ of Kolkata. In this film-loving city, the show must go on!”

Talking about how KIFF’21 will be different from the rest of the years, Soukarya Ghosal, director of Raktarahashya, says, “It is very obvious that this year’s celebration would be very different with pandemic still on. But in Kolkata, the trend of visiting theatres is deeply ingrained and old habits die hard. However, post lockdown, a lot of public places have opened up and people are visiting them. So watching movies in halls is also slowly becoming a norm with movies being released in theatres. And as far as KIFF 2021 is considered, the show was supposed to take place in the month of November but it has been postponed due to the pandemic. Yet the craze still remains and people are coming to join the festival. I think this year KIFF will continue to have its own charm. Also, the theatre owners and the organizers are taking proper precautions to maintain hygiene and follow safety guidelines.”

Actress Sauraseni Maitra has been a part of KIFF for the last two years and enjoys every bit of this wonderful celebration. “This is my second year at KIFF and every time I am invited I feel proud to be a part of this festival. It is known to all that Kolkata is the cultural capital of India and naturally the film festival is a big event for the film Industry. Despite pandemic people have come together and have graced the event with their presence, which in itself is a huge success. The entire KIFF team and organizers have taken every measure for ensuring safety. No one is allowed inside without wearing masks and every hall is sanitized thoroughly. Though people from other cities have not been able to fly down this time, the city crowd is there in full swing. I hope soon big films with big budgets are released on big screens, as OTT is not the solution. This year KIFF just proved that the show will go on and will not stop for any pandemic”.

Kolkata International Film Festival saw a virtual inauguration by Bollywood actor Shah Rukh Khan who has been a part of KIFF, for quite some time now. Hon’ble Chief Minister Mamata Banerjee inaugurated the event along with notable actors like Kaushik Sen, Riddhi Sen, Sauraseni Maitra, Saheb Bhattacharjee, Parambrata Chatterjee and June Malia. A special screening of Apu’r Sangsar will be done during the festival to remember the late iconic Bengali actor Soumitra Chattopadhyay. Movies paying tribute to auteur Satyajit Ray on his birth centenary will also be screened.