A behind the scene story 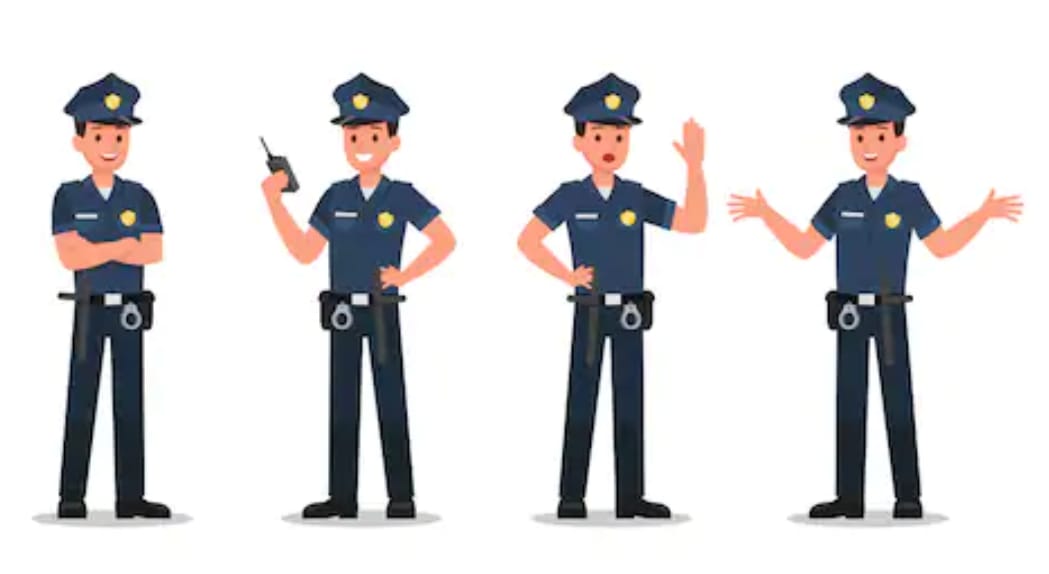 ” …..Remark each anxious toil, each eager strife , and watch the busy streets of crowded life.”

The strive for existence in the relentless battle to stop and ameliorate the ongoing pandemic, is not just confined to the medical professionals , but has been a rare  and successful forte of the men and women, clad in “Khaki” the quintessential colour of Indian Police. The continuous and concerted steps at various levels, taken by our Police Force while battling an uneven war across the nation, in order to create all possible system for a “New-Normal” lifestyle, has created ventilations for the public passing through the tedious heaves of lockdown, to have a breadth of fresh air.

But behind the scene, has everything been smooth enough? Has it not taken a toll on those always protecting us?

From An impetus to A Modus!

The courage and valiance of the police have been specifically pertinent in India, where the social fall-over due to the pandemic had been managed, re-organized and handled with as much safety due to acute and beyond a reckoning service and efficiency of the country’s police force. If introspected, a little deeply, the greatest of the challenges, faced and administered by the “Caretakers”-of law, was to understand and carry out the outlandish-discipline of social-distancing, which was accepted with great hostility by the general public, as India in its own nature of geo-politics has never known isolation in social process. Pushing through the ram-shackles of this hostility, the police department had to practically explain, communicate and at the same time, enforce the regime of social distancing and a systematic lockdown. But when the entire society had put its foot down, in private isolation, these “super-humans” risking their guts had to be on surveillance, away from their near and dear ones, away from being the so called normal social being!!! And the price? With the State Of Bengal only counted the numbers of death toll to nearly 28 police personnel, with positive tested numbering to 7,693. But it did not flame out the spirits of the Force- members to the least. In the Words of A.S.I. Sushobhan Dutta, ( O.C. Control-Section, Lalbazar), stationed at duty, at the “I.D.-Hospitals”, Beleghata, during the peak of the pandemic, in the month of June , till September, “The expressions in the face of the affected, gave us the impetus to fight back , strengthened us more, made us feel, that this is what we live for.”

“And still they stood….”

Despite the pandemic, still in its prowess, celebration and seasonal festivals continued. After a very restrained Durga puja and Kali Puja, the tradition of celebrating Jagadhatri Puja at Chandannagar, Hooghly, passed seamlessly and safely, thanks to the absolute grit of “Chandannagar Police Commissionerate”. The morning of the “Bijoya Dashami”, the celebration reached its zenith, complete with the rhythm of the “Dhaak”. Amidst the pomp and cheer filling the air, across the entire stretch of the Strand Road, leading to “Kalitola Ghat”, where the final immersion took place, there stood by the edges of the footpath, quite unnoticed, in silence, but in profound presence, those “Super-Beings”, who, actually made this year’s Jagadhatri puja possible – the “khaki”-Brigade. A mere group selfie or a light-banter among each other was their only moments of festivity, and was the only time when they could spend time with their actual “family”, yet being vigilant in duty and service. When spoken to, Constable Arijit Patra, he said, “This is how we spend our festivals with our colleagues and without any regrets.”

As Time would shift its steering wheel and commence towards a better tomorrow, with the pandemic clearing away in natural comprehension, it would be a disciplinary responsibility on us, the civilians, to remember the sacrifice and devotion of the “Soldiers of Life”.