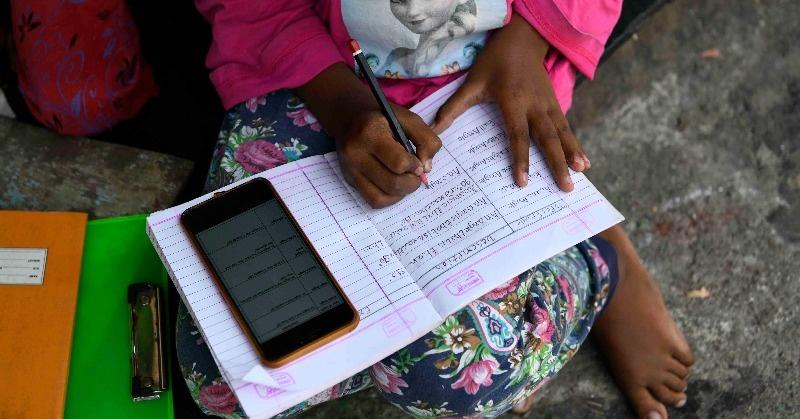 With the nationwide lockdown announced in April 2020, schools were abruptly pushed to transition to the online mode of video classes, virtual classrooms and WhatsApp group chats. This in turn forced teachers and students to fend for themselves with little support or guidance by the State. Notably, teachers in tier II and III towns and rural areas kept facing challenges in delivering digital education; having difficulties like lack of IT support, continuous technological changes, unequal access for all students, un-optimised software for mobile devices and security issues. According to ‘2017-18 National Sample Survey on Household Social Consumption on Education in India’, only 23.8% households of the country have internet access. Under these conditions, launching an assortment of online learning resources after the closure of schools created a severe disconnect with ground realities.

The idea of online learning has further aggravated the ‘learning poverty’, and intensified the digital education divide between socio-economic classes. Consequently, a large majority of children without access to digital gadgets and tools are cut out.

Keeping these issues in mind the Koderma Police at Jharkhand has started a new initiative called the ‘Gadget Bank’ also known as the ‘Upkaran Bank’.

Let us find out more about this new initiative.

The Gadget Bank is the brainchild of Director General of Police, Shri Niraj Sinha IPS. It is a step intended to bridge the increasing inequality prevalent in the society on account of online education. This campaign is aimed to reach out to those who would like to donate their used phones or laptops to be used for the education of a child. The devices which are collected by the police are then distributed to the poor children.

The ‘Gadget Bank’ was launched in Koderma district on the 5th of July under the leadership of Superintendent of Police, Dr. Ehtesham Waquarib, IPS. “There are many poor unprivileged kids in Koderma who are not able to attend online classes due to lack of devices. When I used to go on field visits it used to disturb me deeply. With the assistance of senior officers we have started this initiative,” the SP said.

All the 12 Police Stations in Koderma have been directed to start a small deposit center for collection of the gadgets. After a collection of 100 gadgets, they will be distributed among the needy kids and the process will keep on repeating. The project is reviewed daily at 8pm. The aim is to distribute the gadgets after every week.

To chalk out the poor kids who are in need of gadgets for their education, one of the databases has been collected from the local Circle Office and Block Office. Another database is being prepared by the Koderma Police with the help of the local ground officers. The Koderma Police have also engaged with the school principals and teachers for identifying the beneficiaries.

Involvement for a just cause

The Gadget Bank initiative has received a good response from all quarters. “In one PS we have received 50 gadgets and in another we have received 10,” the SP informed. If someone wants to donate any mobile or laptop which he or she is not using any longer they can come to any of the police stations. The person will get a certified copy with the IMEI number mentioned so that his or her liability is over and it will be the liability of the police to make use of the gadgets for the intended purpose.

“People are satisfied that their gadgets are being used in the right way. Many are coming up with queries for donating gadgets,” the SP mentioned.

Dr. Waquarib also pointed out that the elements used in the manufacture of mobile phones have many rare elements which pollute the environment. Thus this initiative is helping them to get rid of the e-waste through recycling, thereby saving the environment and helping the needy kids at the same time.

A steps towards Education

A Police Station Library or Book Bank has also been started at Koderma under the leadership of Dr. Waquarib. “The library has been revamped by adding books and making some sitting arrangements,” he said.

SP Waquarib had shared this initiative through social media which enabled many donors to know about this ‘Book Bank’ initiative and donate books for this noble cause. The library which had to be closed on account of the pandemic will be reopened soon since Covid cases are declining. The Koderma Police will ensure that underprivileged kids can also make use of the library facilities for their education.