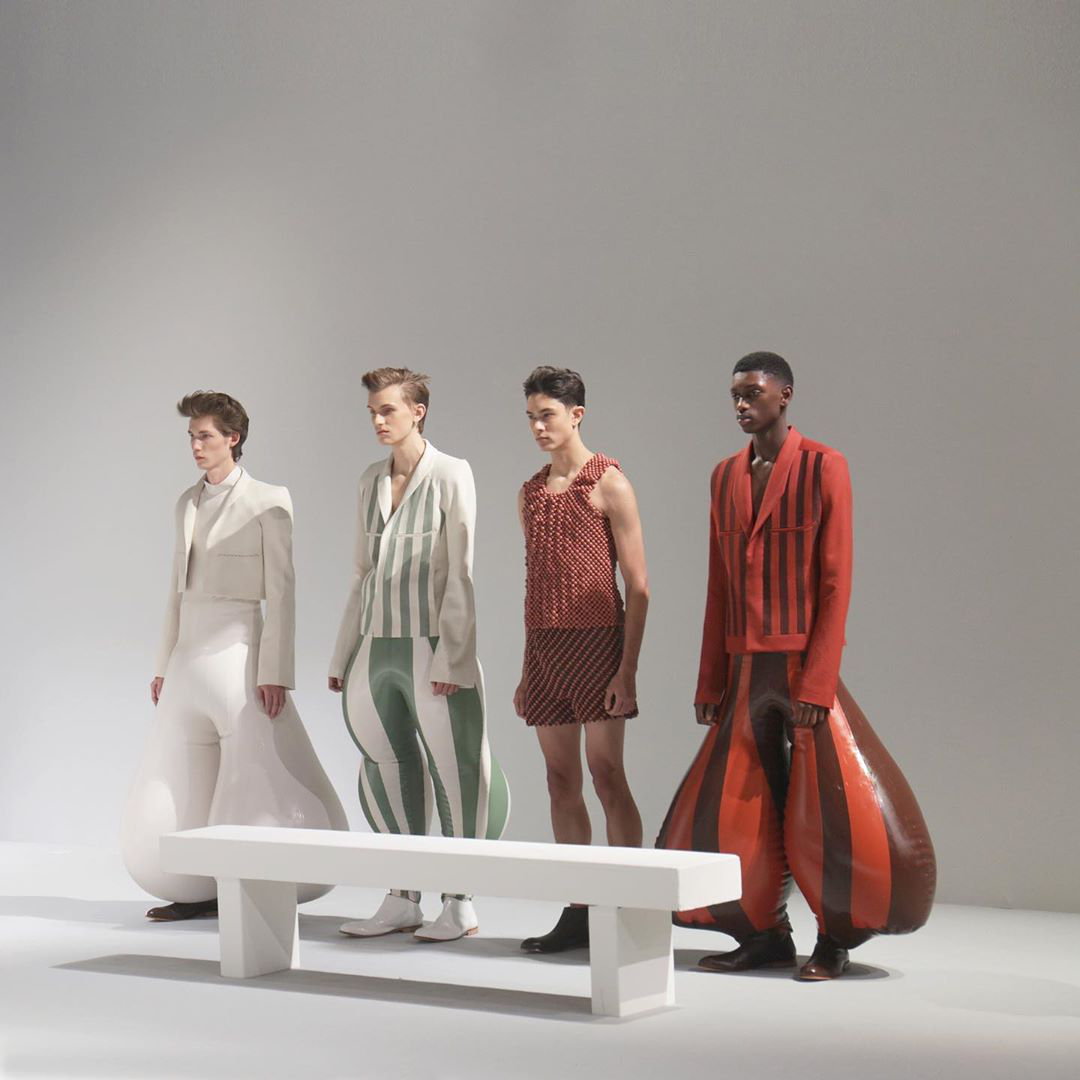 If you’re interested in fashion and do not know the recent trendsetter HariKrishnan, you might want to check him out on social media.

He has set the virtual world ablaze with his work at London College of Fashion while studying Master of Arts in fashion designing.  He was not very active on social media account before this, but after going viral on Twitter, it has motivated Harikrishnan to come back on Instagram and publish his art on Hari Instagram Acc.

Challenging himself, 26 year old, Harikrishnan, pushed his boundaries and showcased his collection of inflatable latex trousers and tailored jacket at the post-graduation catwalk show, which caught the eyes of many to make them stop for a while and think. He believes he inherits all creative ideas from his father, which left netizens awestruck . Grabbing attention on social media, Harikrishnan is appreciating all kind of viewpoints.

Inflatable latex trouser along with tailored jacket was the outcome of his research. “Opting for latex was a decision which came up from research I was doing on proportions.” Says Harikrishnan who while playing with his pet dog, imagined the world from the canine’s angle and came up with the inflatable idea.

Talking about the inspiration he got from the culture imbibed at Channapatna in Karnataka, Harikrishnan threw light on how ladies inspired him. “I feel proud that I got an opportunity to re-interpret the century-old craft of Channapatna on an international platform and represent the amazing skills of many women from the village. Personally, that is the most rewarding aspect of this collection.” Says the budding fashion designer while talking about the ancient craft of Channapatna.

Video to making of tailored jacket

It was not easy for Harikrishnan when he initially shifted to London, but he overcame all hurdles successfully by staying awake for nights on end, “I faced a lot of difficulties in London initially. At some point in the journey, I had to erase all the things I learned and start fresh. Also, the course was super intense, I had to work in the studio from 9am to 9pm and go back home to continue research until 2 am.” Adds the trendsetter.

Harikrishnan hails from Kollam in Kerala and while he grew up, he saw his father quitting his passion as an artist and taking over the family business. Harikrishnan was a part of the family business too, until he later joined NIFT in Banglore at the age of 18. He credits Professor Kavitha Saluja and his partner who he collaborated with, Ginu George for turning him into a designer. For Harikrishnan, now there is no looking back.