Acid Attack Victim To Run 10km in Pinkathon in Kolkata 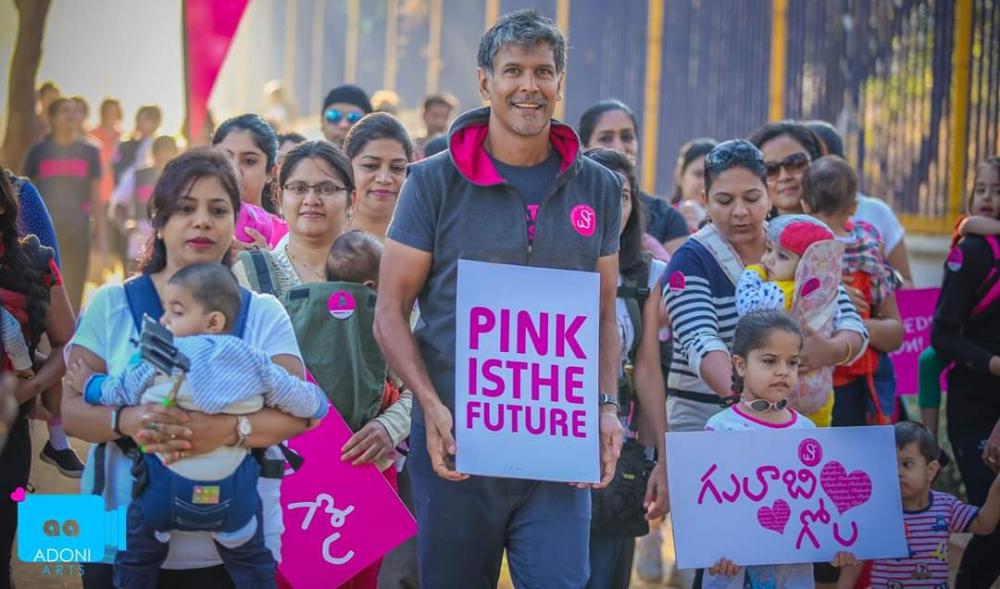 Actor and runner Milind Soman’s Pinkathon initiative to make women take to running in metro cities in India will see a 30-year-old acid attack victim named Rinku Das running 10km too. The 4th edition of Pinkathon in the city of joy was launched on Thursday, saw 6 women from all walks of life as the panellists which also had Rinku as the mascot of the 10km run category. While Indian cinema goers woke up to the dark reality of acid attack with the recently released Deepika Padukone starrer ‘Chhapaak’, runners in Kolkata will see Rinku as a live example running along with them.

Rinku a mother of two children who hails from Chandpur in Rajarhat area of Kolkata, says she was a victim of acid attack in September 2016. Rinku’s husband Sanjit who is an alcoholic, threw acid on her as he suspected she was having an affair. Rinku suffered burn injuries on her neck, chest, right arm and parts of the abdomen. She had reconstructive surgery soon after the incident. This year, she is taking on the challenge to run 10km. “I ran 3km last time as I had surgery. But this time, I want to run 10km. I walk 10km regularly.” Said Rinku.

With the help of training from the Pinkathon team, she is confident of running 10km in April. Pinkathon gives her a chance to forget her worries for those few hours on a Sunday morning after which she goes back to her professional engagements of working as a cook which fetches her Rs.4000 monthly.

The other ladies in the panel had courageous stories of their own. Dipali Singh, a visually impaired runner of Calcutta Blind School who has run Pinkathon twice before and is the mascot of the 5km run. Dipali also has to her credit that she trains her batch mates and also skips 800 times non-stop. Another mascot of the 5km run was cancer survivor Sonia Mahajan who spoke of her story where detecting cancer at an early stage with a mammogram would have prevented her from going through radiation. Pinkathon also spreads awareness of breast cancer and encourages women to take mammography, which comes free while registering for Pinkathon.

77year old Lily Khan who ran last year will be running 3km again this year being the mascot of the race category. Fitness and yoga coach Harsha Banthia Pandey who is the mascot of the babywearing run, spoke of Milind Soman’s initiative to bring women with their newly born babies to run and get back into fitness. Pregnant women too are encouraged to come out and run.

Bengali television actress Trina Saha who will be participating in Pinkathon this year was also present at the launch along with the panellists where she spoke of her sister who is 4 years younger going through cancer as well.

Post the event, people lined up for selfies with Milind which was preceded with customary push-ups, a message that the actor wants to spread on fitness anytime, anywhere. While men had to do 20 push-ups, women too were not spared and had to do 10 push-ups. “In the global sense, there was no space where women could get together in large numbers to celebrate themselves, to celebrate being women, to celebrate being healthy. There was no space for them to meet up which was not religious, ideological or political. That is the success behind Pinkathon. It is a space where women can encourage, inspire and motivate others to be fit” Said Milind Soman.

Pinkathon will take place on the 5th of April on the Red Road in Kolkata and will see women running in shorts, track pants, traditional Indian wear like sarees and salwar kameez while some women will also sport the burkha.