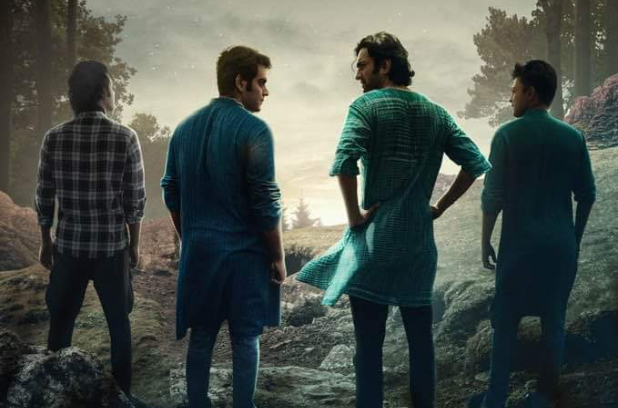 For many, like me, Satyajit Ray’s Aranyer Din Ratri is the best film. Adapted from legendary Bengali author Sunil Gangopadhyay’s acclaimed novel of the same name, the film shakes our urban rigmaroles and dare us to journey with Ashim (Soumitra Chatterjee), Sanjoy (Subhendu Chatterjee), Hari (Samit Bhanja) and Shekhar (Rabi Ghosh) to the tribal heartland to find ourselves. It was made in 1970 but manages to touch every emotion, every time. Every scene is dear, every character near.

Now, Hiralal and Egaro maker Arun Roy has taken upon himself a mammoth task. To adapt Gangopadhyay’s famous Aranyer Din Ratri yet again. This time, he has with him Jeetu Kamal, Sohini Sarkar, Arna Mukhopadhyay, Kinjal Nanda and Anushka Chakraborty. Roy had announced his venture, also titled Aranyer Din Ratri, on the birth anniversary of Gangopadhyay on Thursday. 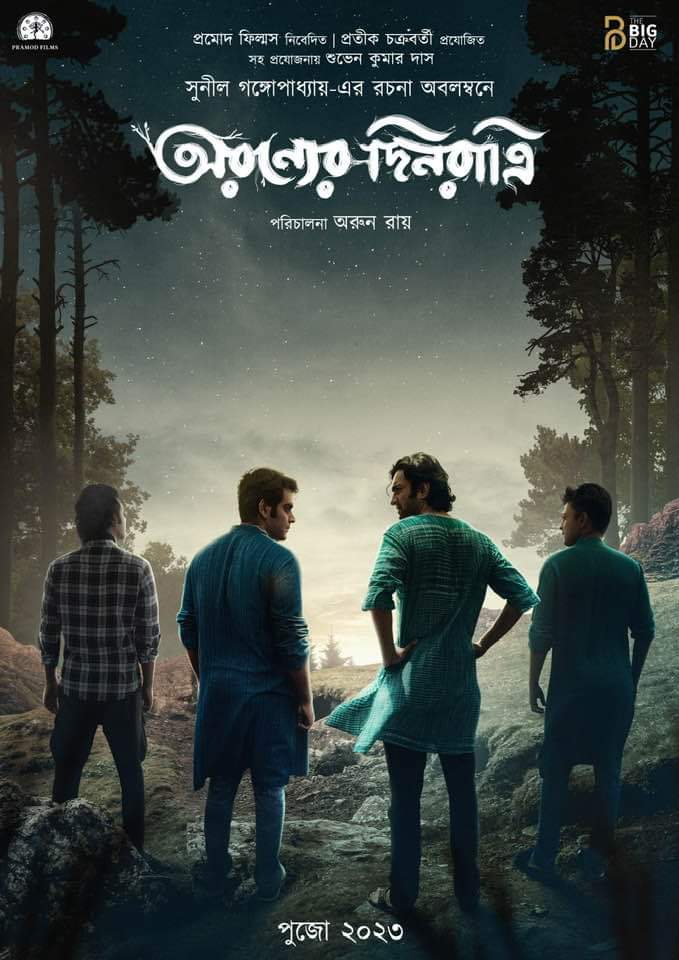 Though Ray’s film was an adaptation of Gangopadhyay’s novel, it is also true that he made several changes to the story, which the author wasn’t happy about. However, Roy says he will remain true to the text.

Though Roy maintains his film “isn’t a remake of Ray’s Aranyer Din Ratri‘, will the comparisons fade, we ask? He is unperturbed. “I don’t have anything to say on Ray’s film as my movie has no connection with his work. My film is based on Sunil Gangopadhyay’s novel. I know I will not move an inch away from the original text. In the last 52 years, the story of Aranyer Din Ratri remains the same. We have four friends, from different strata of society, who are frustrated and leave everything to find solace in the forests,” said Roy. He is also working on the pre-production of Bagha Jatin, a period drama with superstar Dev in the lead. The shooting of Baghajatin, he says, will start from November 15.

Post Aparajito, Jeetu Kamal is one of the most sought-after actors in the Bengali film industry. In Aparajito, his ‘Satyajit Ray’ act impressed not only national audience but also the international crowd. In Roy’s Aranyer Din Ratri, he steps into the shoes of Ashim, a character immortalised by iconic Soumitra Chatterjee. But Jeetu isn’t worried. Also, he is enjoying the ‘Ray touch’. “We have forgotten how to adapt good things. If you say, Ray’s touch will remain with me, then so be it. I congratulate Arun Roy for coming up with this kind of concept,” he says in his usual calm, composed demeanour.

Also read: That I could pull off a role like Aparajito Ray was not believable to many: Jeetu Kamal

Sohini has always wanted to work with Roy. Though she didn’t divulge her character much, the Byomkesh Hatyamancha is keen to team up with Jeetu. “It is indeed a privilege to work on a film, which has names of Satyajit Ray and Sunil Gangopadhyay associated with it,” she smiles.

For actors Kinjal and Arna, working with Roy is like homecoming. Both of them have done three films with the Hiralal, and Aath Baro director. Kinjal said he came to know about Aranyer Din Ratri while shooting for Hiralal. “When Arun da is adapting the text, we know it would have a different flavour,” he says.

Though Roy cannot divulge the release date of Bagha Jatin, he says Aranyer Din Ratri will hit theatres on Durga Puja 2023. Come February 2023 and the cast and crew will head to Jharkhand where most of the shooting will take place. In 2003, Goutam Ghose directed a sequel, Abar Aranye, with Soumitra Chatterjee, Sharmila Tagore, Subhendu Chatterjee and Tabu. The film, however, wasn’t appreciated by the audiences.