More
More
HomeUncategorizedAI is the next big thing and we are the data generators... 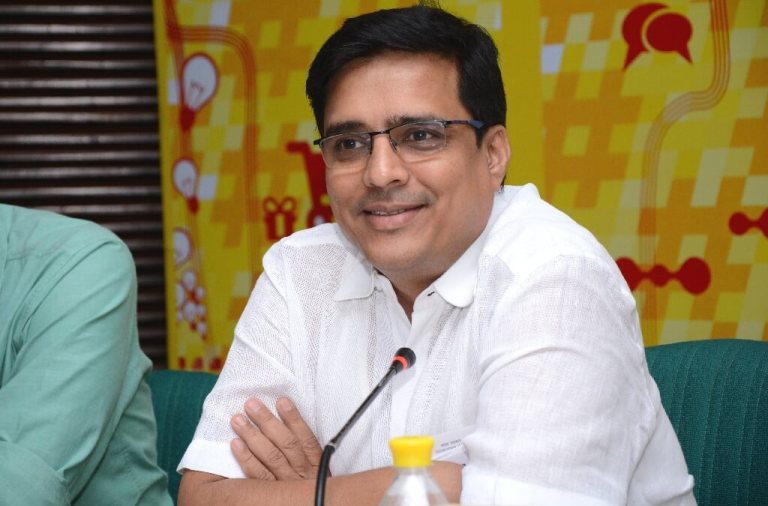 Vinit Goenka, the former national Co-Convener-IT Cell of the BJP, discusses the need for accountability of the data generators, why traceability of personal data is vital, why social media platforms must follow the laws of the land and much more. Excerpts:

Q: In one of your articles you wrote the “revelations of widespread electronic spying by United States Intelligence agencies has prompted foreign states including India to turn to local data storage requirements and prevent data leaving their borders, allegedly into foreign hands. There has been growing consensus among governments that data localization and reliance on domestic infrastructure will safeguard the privacy and security of citizens, especially against obtrusive foreign intelligence”. This is a mega challenge for Modi 2.O. How do you think government and security agencies should approach this issue?

A: Data is the new asset. It is more important than oil because it is non-depleting and more the old date more the importance for comparative studies. Today, many applications that we are using have no accountability and whatever data gets collected may be used for innumerable purposes that the generator may not be aware of. The privacy and security concerns are enormous since the generator of data is ignorant. Recently, we saw how a face recognition app created security concerns; another app had an issue/so-called bug that linked UPI to bank accounts and SMS on the phone. We have seen data leaks, including credit card details, from major companies. Many companies have now admitted that they can hear our bedroom talks too. AI is the next big thing and we are used as a source of data generators for the next-gen technology. These companies must be made accountable for whatever they do with this data. The social media platforms also cannot carry anti-India sponsored posts.

The government must set guidelines, must vet the agreements since users are ignorant and lured by free apps. The contracts must be governed by laws of India, no matter where the companies are from and they must have an office and occupier in India. These are a few steps I would recommend.

Q: The internet has opened a global trade corridor and constantly endorsing the Internet economy. A massive data flows through multiple channels. As a nation, how are you ensuring or we could ensure the safety of this massive pool of personal data of the citizens?

A: One must have right over his/her personal data. They must have the right to recall, right to give access for the purpose their data is been used. They are generators of this data and hence they must have every right to decide, looking at the privacy concerns. This can be data about oneself, their contacts, their behaviour, spending habits, health, finances, credit ratings, fitness, food habits, travel, education, what they see on the internet etc. The safety of this data is of prime concern as today no one is accountable. Tomorrow, this can be a major issue. Traceability has to be established of this data.

Q: What are the biggest hurdles that the nation faces while achieving the goal of complete data sovereignty?

A: The biggest hurdle is that the foreign entities will lobby hard against the Indian interest because today they are getting free data for their research and development. India is yet to realize that it has this immense wealth of data that is almost 1/4th of the world’s data. It’s an asset. I am not talking about data nationalization. Private companies can own data but our data must reside in India and the Indian laws must govern the agreements. There will be arguments like if the data is stored in India, the cost will increase. This is flawed logic. India can provide a conducive environment and cost advantage to all companies. It can be a major data centre hub.

A: The Data Protection Bill is yet to come up for discussion in the Rajya Sabha. The Minister of IT will be the right person to comment on this.

A: I personally do not advocate censorship like China. But a strong Data Protection Bill is the need of the hour. The Bill must address privacy concerns and focus on data sovereignty. The Indian data must be within the legal jurisdiction of this country. The social media platforms must follow laws of the country and be made accountable for what they carry in their websites. Like any newspaper, this is also a media/platform and they must be responsible for their acts. Also, this Bill must be reviewed every 1-2 years as this is a dynamic sector with many new innovations and new complications coming up.

Q: How data banks could become the biggest national treasure for a vibrant and thriving economy like India? What are the steps that the government and private institutions can roll out to enhance the awareness level of the citizens about data security?

A: The data banks and data centre business is huge. The more the data, the more powerful is our future. If we have access to our own data, then we will have a thriving AI and machine learning industry. In the next 15-20 years, India can overtake Silicon Valley. India must realize this potential and work towards this goal and I am sure then our job creation scenario can get much better. The R&D facilities and the educational system also have to be improved to achieve this goal. Awareness campaigns are a must on how to use social media for good. Also, a citizens’ awareness campaign must be run to make every user aware that they are important data generators and how they can safeguard their personal data and what are their rights.

Q: The 67-page Personal Data Protection Bill, 2018 was crafted by a 10-member committee of experts headed by Justice BN Srikrishna. What role should government play now and what should be the expected stand of the Opposition?

A: The need of the hour is to bring this Bill for discussion in the House. A thorough discussion must happen over it. It’s a national security issue too and hence all Opposition parties must support the data sovereignty issue. They must not raise unnecessary concerns about surveillance. We want to encourage data sovereignty and fight data colonization; we do not support data nationalization and surveillance.

Q: Several political parties have been actively using social media platforms to influence the vote banks during the polls. A mega data bazar is created to influence and motivate voters. Social media channels are used to pass on information. What’s your take on this changing face of Indian politics?

A: I personally see no harm in this, provided the data is used with consent. We saw how a leading party used Cambridge Analytica where the data was breached and consent of users/generator wasn’t taken. This is unacceptable. In the days to come, we will see more such incidences if we do not have proper laws. Many times, data is generated by vested interest or entities from outside India to create social unrest and hit certain segments during the time of elections. Attempts to create negative sentiment about India, its Armed forces, the Government of India are not unknown. Sometimes, a small incident is fueled by a sponsored advertisement. I recently observed a sponsored advertisement on a social media platform by Anti-Indian forces and raised an objection to it. Incidents of fake news are rising. These trends are dangerous and hence there is a need to establish accountability. Also, traceability of every post is the need of the hour, be it social media or any other mass communication method or apps. Hence, I emphasize on the fact that data must reside in India, be governed by the Indian laws and sufficient accountability must be established.