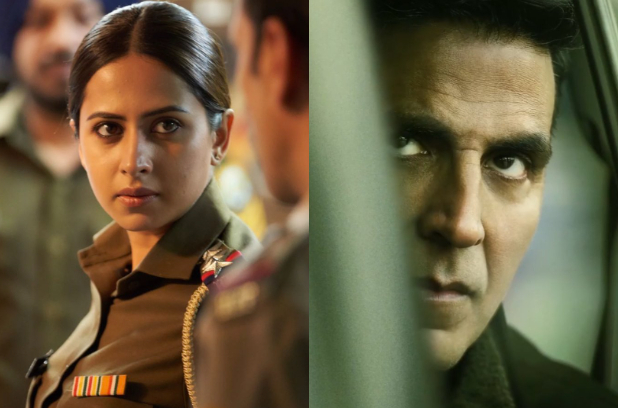 Like many other actors Sargun Mehta, too, felt tense when she had her scenes with Akshay Kumar. Having been a fan of the superstar, his presence has been overpowering. So, Sargun would mentally prepare herself to forget that it’s him who is sharing the frame. The film in question is Cuttputlli, which has become the talk of the town ever since the trailer dropped.

A gripping crime thriller, Cuttputlli, directed by Ranjit Tiwari, is a remake of the Tamil psychological thriller Ratsanan and will be released on Disney+Hotstar on September 2. The film marks Sargun’s debut on the OTT platform and what better start to share screen with Akshay.

“I am excited to start my OTT innings. I am doing something in Hindi after a long hiatus of seven years. There’s a huge audience for thrillers, which is why I wanted to do a different and strong character. I am hopeful about the final outcome and now waiting for the audience’s reaction,” said Sargun, a popular name in the Punjabi film industry.

In Cuttputlli, Sargun plays a cop. Also, she remained tense on the set. “I was really tense because I had to do scenes with Akshay Kumar. He already has a strong presence in my mind as I have been watching him for so long. There are times in the films that I have to overpower him in terms of telling him what to do and what not to do. I’d mentally prepared myself to forget it’s him and do my shot accordingly. I am playing a cop for the first time. People usually rehearse their roles or watch others’ performances but I didn’t do that because I wanted to do it the Sargun way,” said the actress, who started her journey with Zee TV’s 12/24 Karol Bagh in 2009. However, it was Phulwa on Colors TV, which catapulted her to fame.

Ask her what she has learnt from Akshay and she said, “It was super amazing to meet Akshay Kumar in person. The first day I met him, I was too quiet. So, he used to tell me tu bolti nahi hai kya? and I was thinking how am I supposed to tell him that I am so scared? I must say he makes his co-actors feel so comfortable and is very easy to work with.”

Sargun also informed how Akshay is appreciative of his co-actors and always gives a free hand at improving. “Also, one amazing thing about shooting with him is his habit of having the whole team have dinner together so that the bond within the team is strong.”

September is a big month for Sargun. After Cuttputlli hits OTT on September 2, her Punjabi film Moh will release on September 16 worldwide. The trailer has already received a good response.