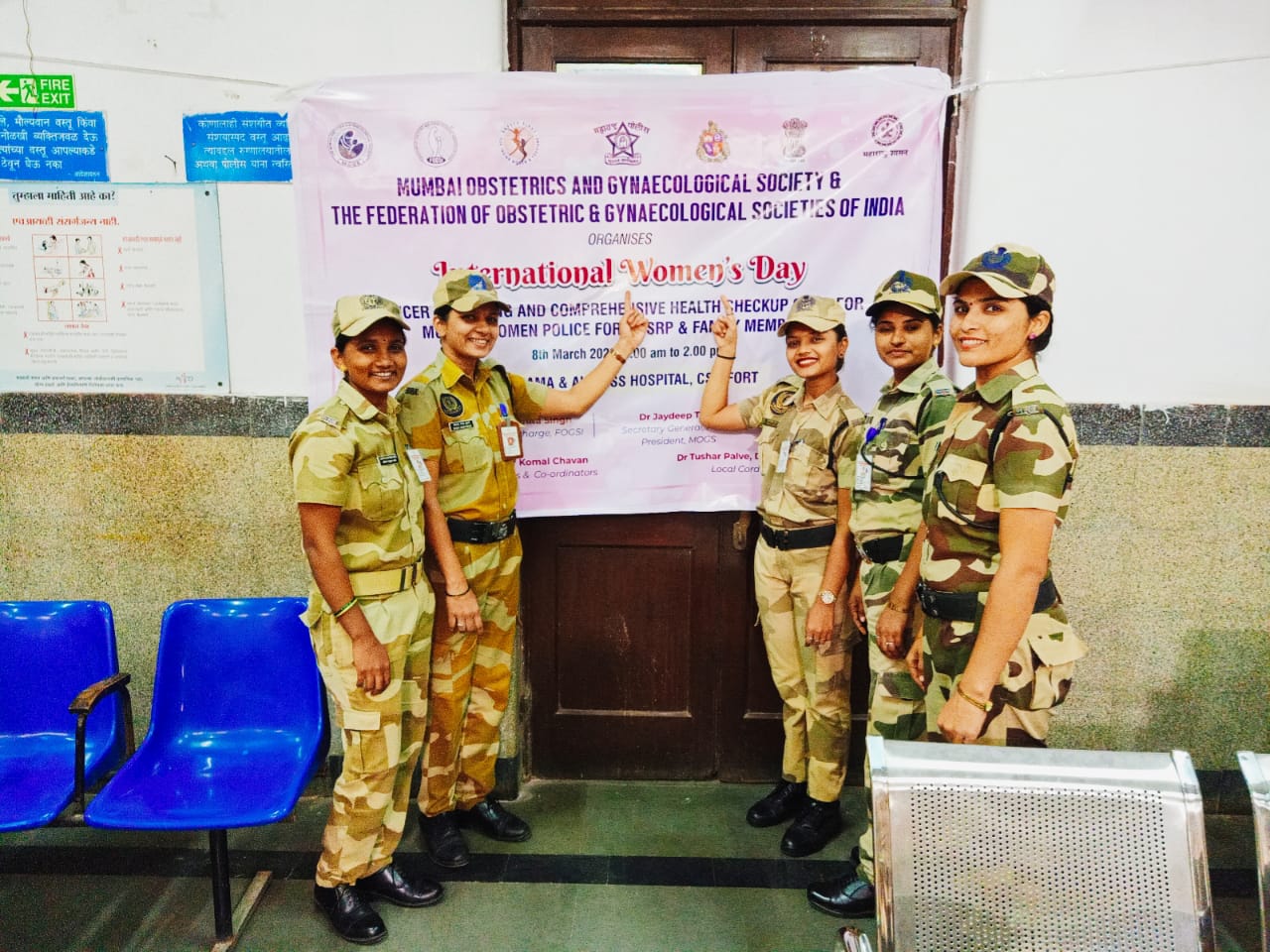 Over 70,000 women police and CRPF across India were screened as part of the nationwide cervical and breast cancer screening organised by The Federation of Obstetric and Gynaecological Societies of India (FOGSI) on the occasion of International Women’s Day on March 8.

The camps conducted at over 350 centres through 210 of FOGSIs 258 affiliated societies got a tremendous response. Major centres included Mumbai (12 centres), Bangalore (7 centres), Ahmedabad (7 centres) and all the states across India including Kolkata, Durgapur, etc.

“While thousands of women from police and CRPF attended the cancer screening camps, we also realised that there is a tremendous fear of death associated with cancer. Nearly 80 % of women were unaware of the importance of cancer screening, vaccination for cervical cancer, causes and prevention and the fact that it is curable.  Many were also uninformed about the right age and the frequency of cancer screening,” said Dr. Alpesh Gandhi, President FOGSI.

Interestingly, many women cops were accompanied by their spouses and family members in support.

“Our objective is to create the awareness that early detection is key to diagnosing cancer before it’s too late. When women are diagnosed in the advanced stages, we cannot save them. Women should not be ignorant of cervical cancer symptoms such as bleeding in between periods and after sexual intercourse, foul smelling white discharge etc. Breast cancer symptoms such as a lump in the breast, bloody discharge from the nipple and changes in the shape or texture of the nipple or breast should be examined without delay,” added Dr Gandhi.

If detected and managed at an early stage, cervical cancer has over 93% cure rate and it is crucial for women to go for cancer screening every 3-5 years between 40-65 years of age, said doctors.

Breast cancer is detectable with a regular self-breast examination, sonography and mammography. Cervical cancer in the reproductive age group may be screened with VIA (visual inspection with acetic acid) method and peri-menopausal women with pap smear tests.

While speaking about the observations made at the camp Dr Anita Singh, vice president, FOGSI added, “Approximately 5-8 % of the cases had abnormalities. Patients with suspicious or positive reports will be referred to higher centres for further confirmation and management once we have Pap Smear reports for cervical cancer. Suspicious or unusual breast cancer cases have already been referred for sonography and mammography.”

“Such efforts result in early and timely detection which is so very important in the treatment and effective management of cancer. Such campaigns definitely mitigate an impending crisis of an unaware woman,” said S Mayank, IG & Principal Chief Commissioner, RPF East Central Railway.

Currently, breast and cervical cancers are two of the leading types of cancers affecting Indian women. Approximately more than 80000 women die because of breast cancer in India every year. The estimated new cases of cervical cancer, India stands 2nd to China with a huge number of 96,922 new cases but is 1st in mortality with 68,000 reported deaths in 2017.

FOGSI is a federation of 259 Obstetrics and Gynaecological Societies in India with over 38,000 individual members spread across the country. It is one of the largest membership-based organisations of specialised medical professionals across the world.Thanks and Regards,