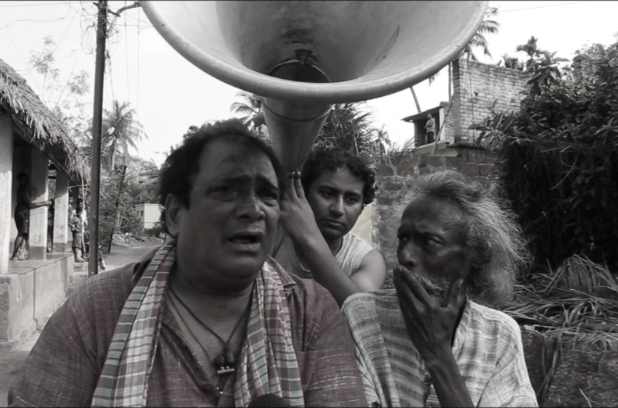 After a small yet successful theatrical run in Kolkata, New Delhi, Bangalore, Bhubaneswar, Cuttack, Rourkela, followed by special shows held in Jaipur and Mumbai, Amartya Bhattacharyya’s much-appreciated film Adieu Godard has been selected for the 10th Asian Film Festival of Barcelona where it will have its Spanish premiere.

The film is part of the official Panorama section and is in competition with several other Asian films. The festival presents a program that includes more than a 100 films from around 25 countries in Asia and the Asia-Pacific region. It is organized by the Spanish Ministry of External Affairs and the city councils of Madrid and Barcelona and will take place from October 26 to November 6.

Also read: Never did I imagine Godard would pass away when my film opens in theatres: Adieu Godard director

The film, which has also been invited by the Alliance Francaise de Bangalore for a special screening later this month, has been selected as finalists of the feature film category at the Cardiff International Film Festival 2022. The film is competing with five other international films and the results are due later this week.

“Adieu Godard received a lot of love in India and from abroad. It is only a matter of joy that we could take this Odia film far and wide, and it continues to be celebrated globally. We are very happy that the film will now have a Spanish premiere at Barcelona and at the same time, will be a part of the Cardiff International Film Festival in the UK. The fact that the film, which is made locally in rural Odisha, is connecting globally, is a very good sign for us and for regional cinema,” said Amartya.

On September 13, 2022, when French New Wave cinema god Jean-Luc Godard left the world at the age of 91, it came as a major blow to Amartya. As someone who grew up watching Godard and his no-rulebook-follow-filmmaking techniques, Amartya wanted to pay tribute to his master through his dark comedy. Amartya’s critically-acclaimed Odia movie Adieu Godard won the Best film award in the Indian Language competition at the 27th Kolkata International Film Festival 2022. But then, he never imagined the master filmmaker would leave the world the moment his ‘tribute film to Godard’ is in the theatres.