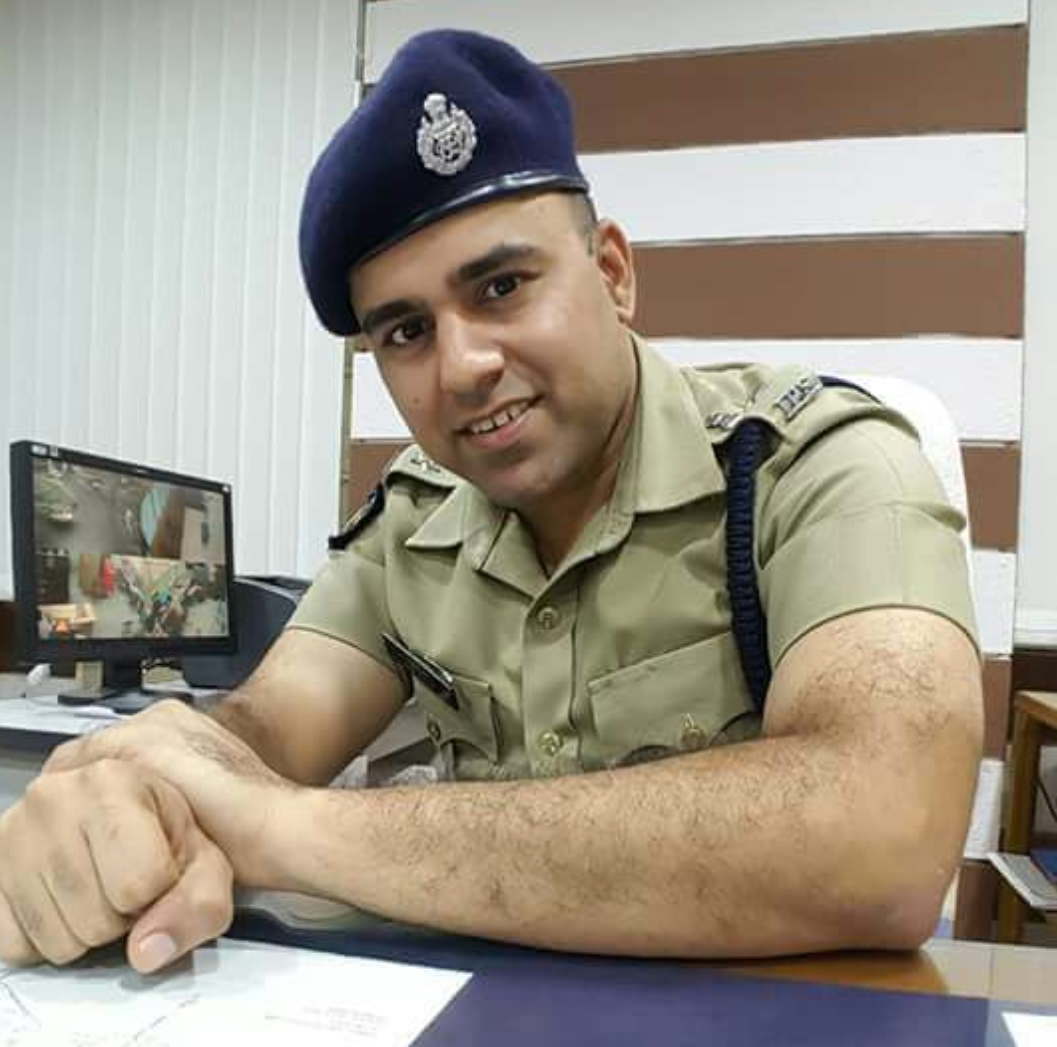 A poet in Khaki

His boy-next-door look and ever smiling face make him a favourite among his tribe. And when he penned his first book in Urdu, his poetic faculty deeply impressed the Urdu litterateurs. Meet Murlidhar Sharma, an accomplished IPS and present Joint Commissioner of Police (Crime). Sharma is an asset to Kolkata Police force and has attained numerous feats through his dedication and passion for the Khaki that he dons with pride.

Crime control in a city like Kolkata is a mammoth task. Though the men and women in white are constantly monitoring the crime scene by staying alert and vigilant, incidents do occur. With an ever changing crime pattern, Kolkata Police is also changing their stratagem to stay ahead of the criminal minds lurking around.

Murlidhar Sharma’s recent feat of winning the Chief Minister’s medal for commendable service, speaks a thousand words not only about his core competence but for the entire Kolkata Police force which tackles even the most critical of challenges with impeccable dexterity. “Team work is the key to success, I believe policing is all about teamwork, and dedicate this award to my colleagues and seniors”, says Sharma on receiving the award.

The gallant officer Murli is optimistic about the steps that the Kolkata Police force has inducted in the last few years to gauge the changing crime scene of the city. “Kolkata Police has always taken the right measures to combat crimes. Apart from regular criminal cases, the force is presently fighting a lethal battle against COVID19 and rising cybercrime cases springing up from different parts of the city. Crime is a sensitive area and needs to be dealt with caution and precision,” asserted, the Jt. Commissioner of Police (Crime), IPS.

Over the years the Kolkata Police force has constantly upgraded itself with modern gears and gadgets to deal with the volumes of crime happening in Kolkata – the corridor to North East India. “We have a state of art infrastructure and we get constant support from the SSL and technical teams. Our special mobile forensic team is particularly equipped to detect crimes. This helps us identify criminals, places of crime, evidence left behind, collate reports, prepare charge sheets and present them before the court on time. Besides, our Trial Monitoring Unit constantly remains up-to-date about all developments” revealed Murlidhar Sharma.

Prevention is better than conviction

It is important to tackle crime but more important is to prevent it. Sharma further explains that Kolkata Police not only works towards combating crimes but also towards putting an end to them. “We have adopted ‘On Road Policing’ where regularly naka checking is done at odd hours to prevent untimely criminal activities. Also living in a tech driven world, we are constantly utilizing technology to its fullest benefits. Recently, we deployed facial recognition software, CCTV and AMPR cameras to identify criminals quickly and effectively. We also ensure that suspected criminals are monitored closely so that their attempts to commit crimes are timely foiled”.

Not a paper tiger

“In films, we see Singham alone performing miracles and catching criminals. With his antics, he can only become a hero of the tinsel town at the end of the day. In reality, it is actually a team that works on a case in order to crack it.

We at Kolkata Police are collectively working at the forefront in combating crimes, and it is our teamwork that makes things happen in the right way. A good team can make or break a force,” signs off Sharma.