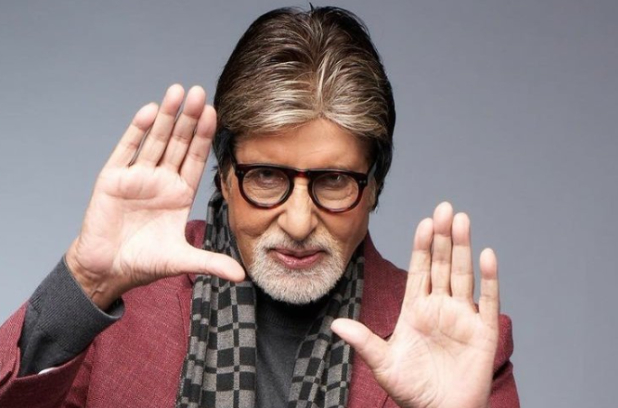 The charm, heroism, deep baritone and romance — Big B has created a league of his own. Today, Amitabh Bachchan, as Karan Johar has rightly pointed out, is a ‘feeling’. He signifies countless emotions of the Indian audiences. We are glued to the TV when he says, “Computer ji lock kiya jaye,” on the game show Kaun Banega Crorepati and then our eyes well up with tears hearing Big B’s monologue in recently-released Goodbye. At the age of 80, this legend is celebrating life and films. Though he is known as the ‘angry young man’ of Indian Cinema, Bachchan’s comic timing is also impeccable. On his birthday today, we will look at five films, where he tickles your funny bone.

Chupke Chupke (1975): Versatility is the other name of Amitabh Bachchan. Despite ruling the big screen as an action hero, he attempted comedy in the Hrishikesh Mukherjee classic comedy of errors and passed with flying colours.

Amar Akbar Anthony (1977): As Anthony Gonsalves, Amitabh Bachchan is a treat to watch in the comic scenes especially when he is drunk and speaks to his mirror image. And who can forget the My Name Is Anthony Gonsalves song when he emerges from a giant Easter egg?

Piku (2015): Hyper, cranky, old and annoying, single parent Bhaskar Banerjee in Shoojit Sircar’s 2015 Piku was all things imperfect. But then with Amitabh Bachchan playing old Bhaskar, who always spoke about his bowel movement, even the imperfections looked perfect on the big screen. Piku is one of Mr Bachchan’s most endearing performances in recent times.

Gulabo Sitabo (2020): Big B was barely recognizable as Mirza with his nose prosthetic in Gulabo Sitabo, again a Shoojit Sircar directorial. A satire, Amitabh Bachchan plays a choleric, shrewd but hilarious landlord with absolute ease. He gets into the skin of the character and you might not like Mirza at all, but then you would end up missing him the moment the film ends.