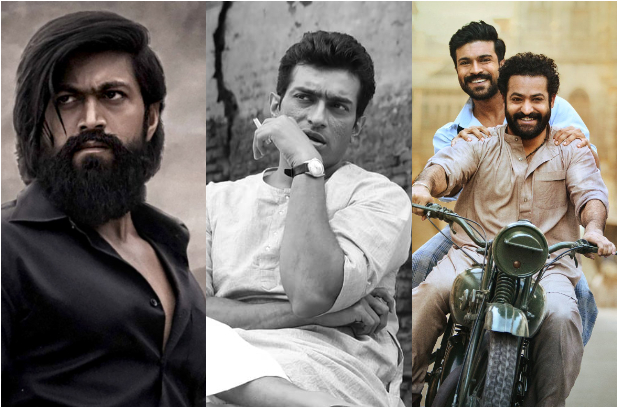 In the last few months there have been a lot of conversations about how the south has been taking over Bollywood. From content, actors to pan-India release, South Indian cinema is riding high on the stupendous success of films like Pushpa: The Rise, RRR and KGF 2. So much so, that even directors, actors and producers back in Bengal got together (not a rare sight) and started appealing to the audience to “stand beside Bengali cinema”. And then comes a Ray of hope. Aparajito.

Anik Dutta’s tribute to Satyajit Ray on his 101st anniversary, Aparajito, narrates the story of the making of Pather Panchali. The Bengali film manages to take on the mighty South releases. At least, that’s what the rating on IMDb on Monday evening reflects.

Within four days of its release, Aparajito has received a staggering response from the audience earning 9.4 rating on IMDb. Now, what’s even more surprising is Aparajito has a higher rating than the mega Yash-starrer KGF: Chapter 2. Yes, you read that right.

Back home, Dev’s romantic comedy Kishmish is still running to packed houses. The Bengali film has received a 7.9 rating on IMDb and Jeet’s action film Raavan has managed 8.

On the day of Aparajito release i.e. May 13, the disappointment was palpable in producer Firdausul Hasan’s voice. His film had found no show in the first week in state-run theatres of Nandan and newly renovated Radha. However, the audience didn’t disappoint the Ray tribute. From less-than 30 shows on day one, the number of shows have increased to nearly 70 on day four in Bengal given the overwhelming response from the audience.