More
More
HomeUncategorizedApollo on its Mission to spread happiness, not OT Infections

Apollo on its Mission to spread happiness, not OT Infections 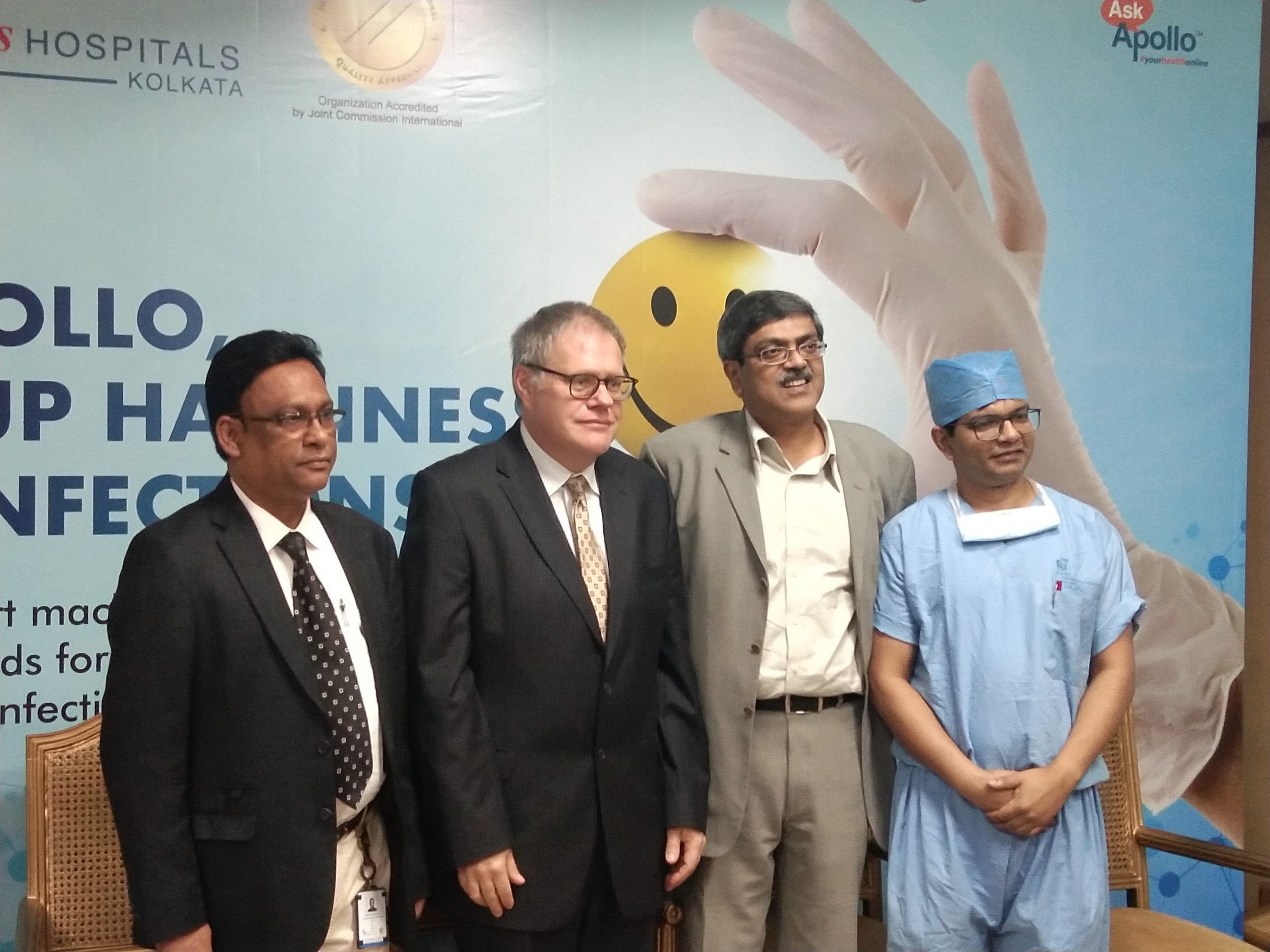 There has been a lot of speculation regarding OT infections all across the country. OT infections or surgical infections have always been a major point of discussion among the doctors in hospitals. In fact if we look at certain cases, OT infections can actually be fatal and can turn life threastening as well. This might happen due to several reasons. Very common hospital acquired diseases are OT infections, blood stream infections and urinary tract infections. Out of all the 3 types’ surgical site infections were the commonest (57.2%). If we look at the global situation, the estimates of surgical site infection (SSI) have varied from 0.5% to 15%, while in India the percentage ranges from 23% to 38%.studies suggest that the cases of SSI may be influenced by various factors such as pre-operative care, the theatre environment, post-operative care and the types of surgery.
To keep such infections at bay, Apollo Gleneagles Hospitals, Kolkata which has been rated as one of the best and premier hospitals in the city has equipped its Central Sterile Supply Dept (CSSD) as per international standards rivaling the best healthcare institutes around the world. Such steps have ensured extremely low OT infection rates, much lower than the global average — 0.53% as against 3 to 21 per cent internationally.
Mr. Tapan Kumar Das, Head, CSSD, AGHL and Examiner of WB University of Health Sciences, shared the importance of CSSD along with significance of each step, machines and how absence of it can be fatal for any patient. “As per international standards, CSSD in Apollo Gleneagles Hospitals, Kolkata has three steps of cleaning after every usage. These involve manual cleaning with enzymatic solution and water at 30 to 40 degree Celsius, machine disinfection with water at 90 degree Celsius (Apollo CSSD ensures reverse osmosis or RO water is used) and finally sterilization with 121 degrees Celsius with pressure bar at 1.2 followed by 134 degree Celsius temperature and pressure bar 2.1.”

He further mentions that it is a proud moment for Apollo that they have managed to get high quality instruments which are used for sterilizing instruments, which are critical for patients. To be able to get machines of international standard from abroad also means that we have been able to go way ahead to ensure 360 degree protection to the patients from all types of infections.

Mr. Andrew Cserey, International Business Development Manager, Steelco SpA, Italy, highlighted the procedures followed in CSSD. According to him, any surgical instrument used in hospitals is made free of microorganisms by CSSD through five major steps – decontamination, assembly, sterilization, sterile storage and distribution. “It is important to maintain all the necessary steps to make efforts to clean and sterilize all hospital instruments. It is definitely a big step which Apollo has taken, and it will definitely benefit everybody”

Cleaning is a basic initial step in medical device reprocessing procedures. Yet, proper cleaning is important to ensure the effectiveness of downstream reprocessing steps such as sterilization / disinfection. It is done to prevent nosocomial infection (hospital acquired infection).

About Apollo:
It was in 1983, that Dr. Prathap C. Reddy made a pioneering endeavor by launching India’s first corporate hospital – Apollo Hospitals in Chennai.
Now, as Asia’s foremost trusted integrated healthcare group, its presence includes over 12,000 beds across 71 Hospitals, 3300 Pharmacies, over 90 Primary Care clinics and 150 Diagnostic centers, 110 plus Telemedicine Centres, over 15 medical education centres and a Research Foundation with a focus on global Clinical Trials, epidemiological studies, stem cell & genetic research, Apollo Hospitals has been at the forefront of new medical advancements with the most recent investment being the commissioning of South East Asia’s very first Proton Therapy Centre in Chennai.
Every four days, the Apollo Hospitals Group touches a million lives, in its mission to bring healthcare of international standards within the reach of every individual. In a rare honour, the Government of India had issued a commemorative stamp in recognition of Apollo’s contribution, the first for a healthcare organization. Apollo Hospitals Chairman, Dr. Prathap C. Reddy, was conferred with the prestigious Padma Vibhushan in 2010.
For 35 years, the Apollo Hospitals Group has continuously excelled and maintained leadership in medical innovation, world-class clinical services and cutting-edge technology. Its hospitals are consistently ranked amongst the best hospitals in the country for advanced medical services.