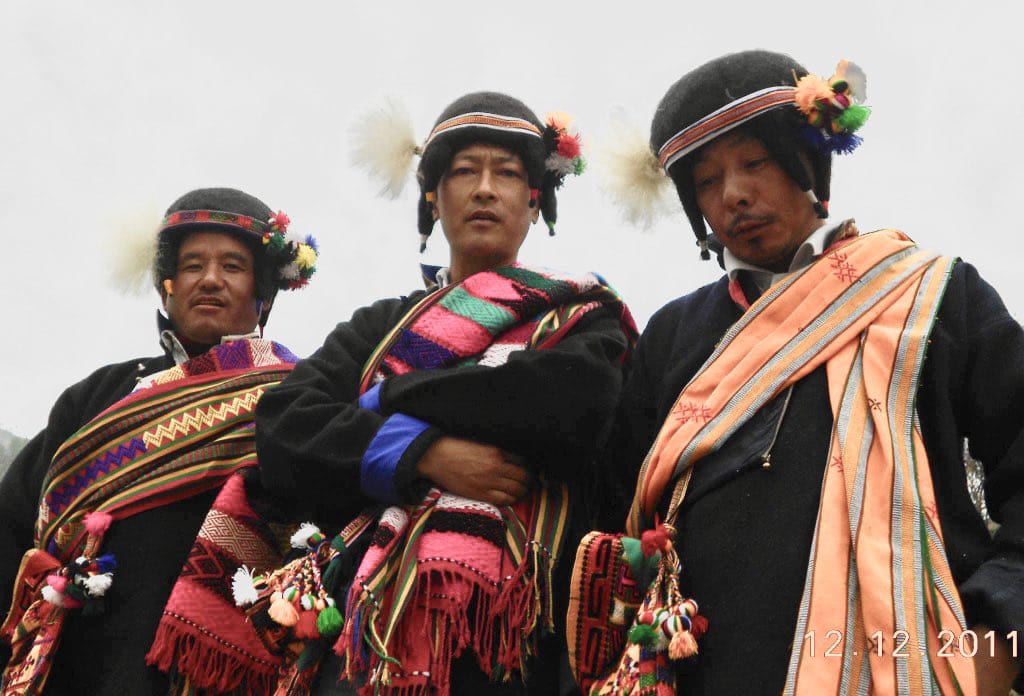 ‘Be Indian Buy Indian’ – the buzz word for national campaign – ‘vocal for local’ – has now reached eastern most part of India, Arunachal Pradesh – the land of the rising sun. Advocated by Prime Minister Narendra Modi, ‘vocal for local’ is an initiative to promote local products of global standards in both domestic and international markets.

Adopting the ‘vocal for local’ mantra, Arunachal Pradesh state government has  made it mandatory for all its employees to wear traditional attire to work, once in a month – precisely, on the 15th of every month, barring those with specialized uniforms like that of the police. The decision aims at boosting local tribal products and supporting local artisans and entrepreneurs under the ‘vocal for local’ scheme aiming at an Atmanirbhar Bharat or Self-reliant India.

We at The Optimist spoke to Haj Dodung, Director Textile and Handicraft Itanagar, to get deeper insights into this endeavor.

According to Dodung with 35 thousand government employees sporting the traditional outfit once a month, tribal traditions of the state will get a phenomenal boost. “This will benefit and empower tribal women, the workforce behind the dress-making industry, as the demands for traditional clothes will see a marked raise,” he enthuses.

Interestingly, Arunachal Pradesh, the largest state of Northeast India, is home to 26 tribal communities and over hundred sub-tribes, with each having distinct traditions and customs. These distinct ethnic groups of the state love their traditional costumes and proudly sport them at the slightest pretext. Damsels here look for occasions to deck up in shawls, wraps and skirts. Weaving is said to be in the blood of the natives of Arunachal Pradesh and their colorful creations woo visitors as irrevocably as the nature’s creations of this hilly state do.

“We have traditional outfits distinct of each tribe who differ from one another in multiple subtle ways. With the implementation of this program, we are expecting to witness a cultural exchange as people will try the oeuvre of other tribes as well. This will help in further increasing demand for traditional dresses. ‘Vocal for local’ is a boon for all traditional artisans, farmers and entrepreneurs of Arunachal,” notifiesDodung whose Department of Textile and Handicrafts has earlier initiated the production of face masks made of Eri silk with traditional tribal motifs in order to distribute them to the frontline workers like healthcare personnel, police and those in the state secretariat.

The campaign has caught the attention of the denizens of the state who are all set to support local artisan, weavers, entrepreneurs and local talents. “This excitement and fad for local resources is unprecedented and has boosted the confidence of all those involved in the cultural industry. With time this practice will also ensure a robust promotion and preservation of cultural heritage of the state,” he added.

The central government’s ‘Atmanirbhar’ program, ‘vocal for local’, together with ‘Make in India’, are a great opportunity for the handloom sector to strengthen India’s positioning in the global textile market-space. Needless to say, that a collective rise in home-grown demand for local products is the first step towards achieving that goal. As the country slowly recovers from the impact of COVID-19 generated recession, this campaign comes as welcome news for the rural sector of Arunachal Pradesh.