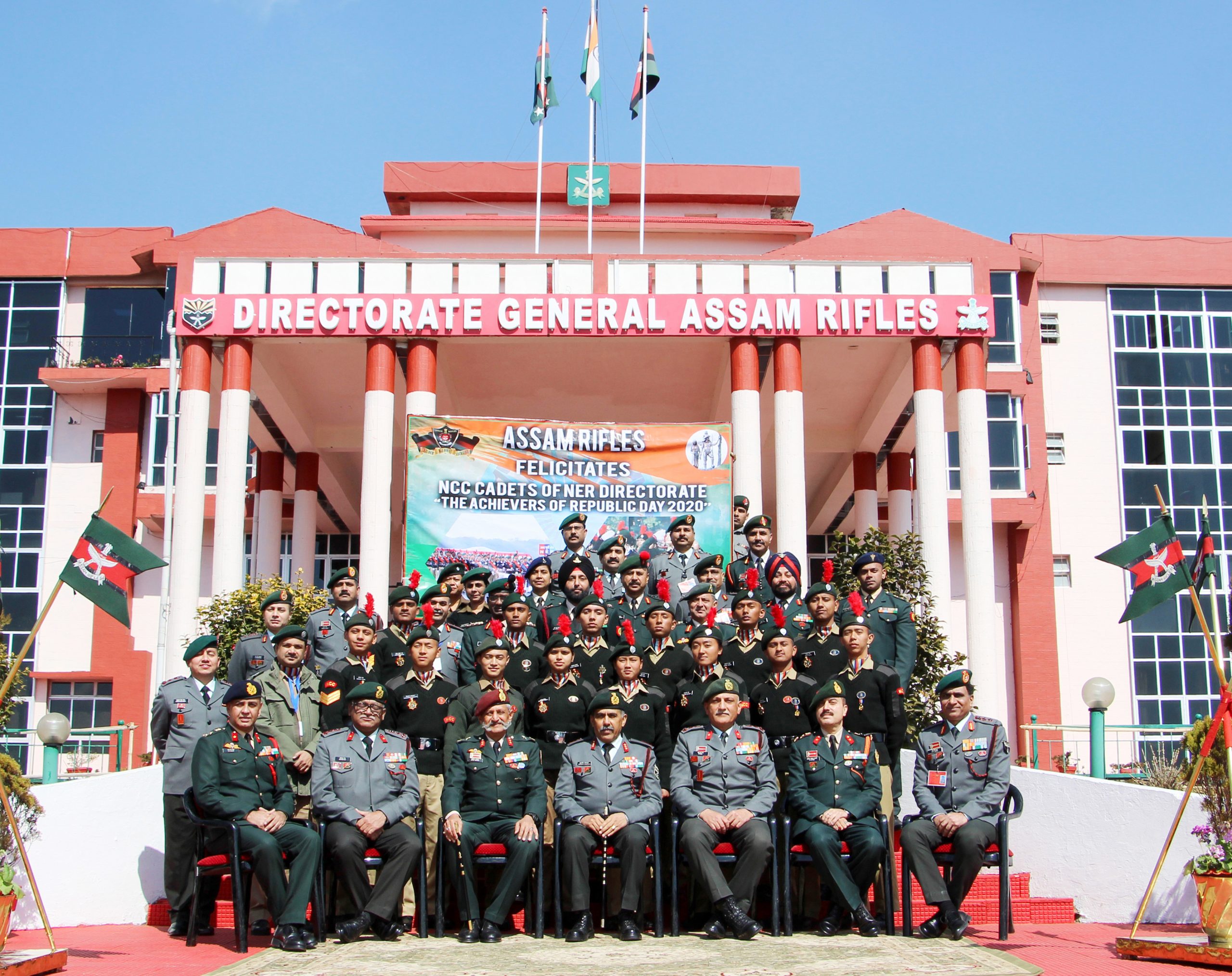 “ It was truly a glorious chapter unfolding in the annals of NCC NER history as the cadets stole the limelight in RDC by bagging trophies in the PM’s rally, Guard of Honour, Flag Area and National Integration Awareness presentation(NIAP)” An Assam Rifles communiqué said.

It was the first time that the North East Region NCC, won a large number of awards and was also adjudged best overall contingent in Republic Day Camp out of 17 contingents from all over India.

Addressing the Cadets on the occasion, DG Assam Rifles said “North East is in DNA of Assam Rifles and Assam Rifles takes pride in the achievement of NCC NER Directorate. “

While complimenting the Cadets for their commendable achievements, DG encouraged them to think out of the box by inviting NCC cadets from other parts of the country to learn about the rich heritage of the North East and for conducting Camps over here wherein Assam Rifles will render guidance and assistance.

The DG also apprised them that Assam Rifles has taken up a case with the MHA for according priority in recruitment in Assam Rifles to NCC Cadets holding C-Certificate.

During his address, DG announced the starting of Residential Sports School based on the model of Sports School Rai (Haryana) by Assam Rifles at ARPS, Shillong, and extended an proposal to ADG, NCC NER Directorate to send potential NCC Cadets studying in Class sixth till Ninth to take admission in it, where they will be sponsored by the Govt initiative i.e, ‘Khelo India Mission’.

The event culminated with the announcement of Rolling Trophy i.e replica of ‘Dhai Murti’ a symbol of Assam Rifles, which will be presented to the best NCC Group in the NER Directorate.