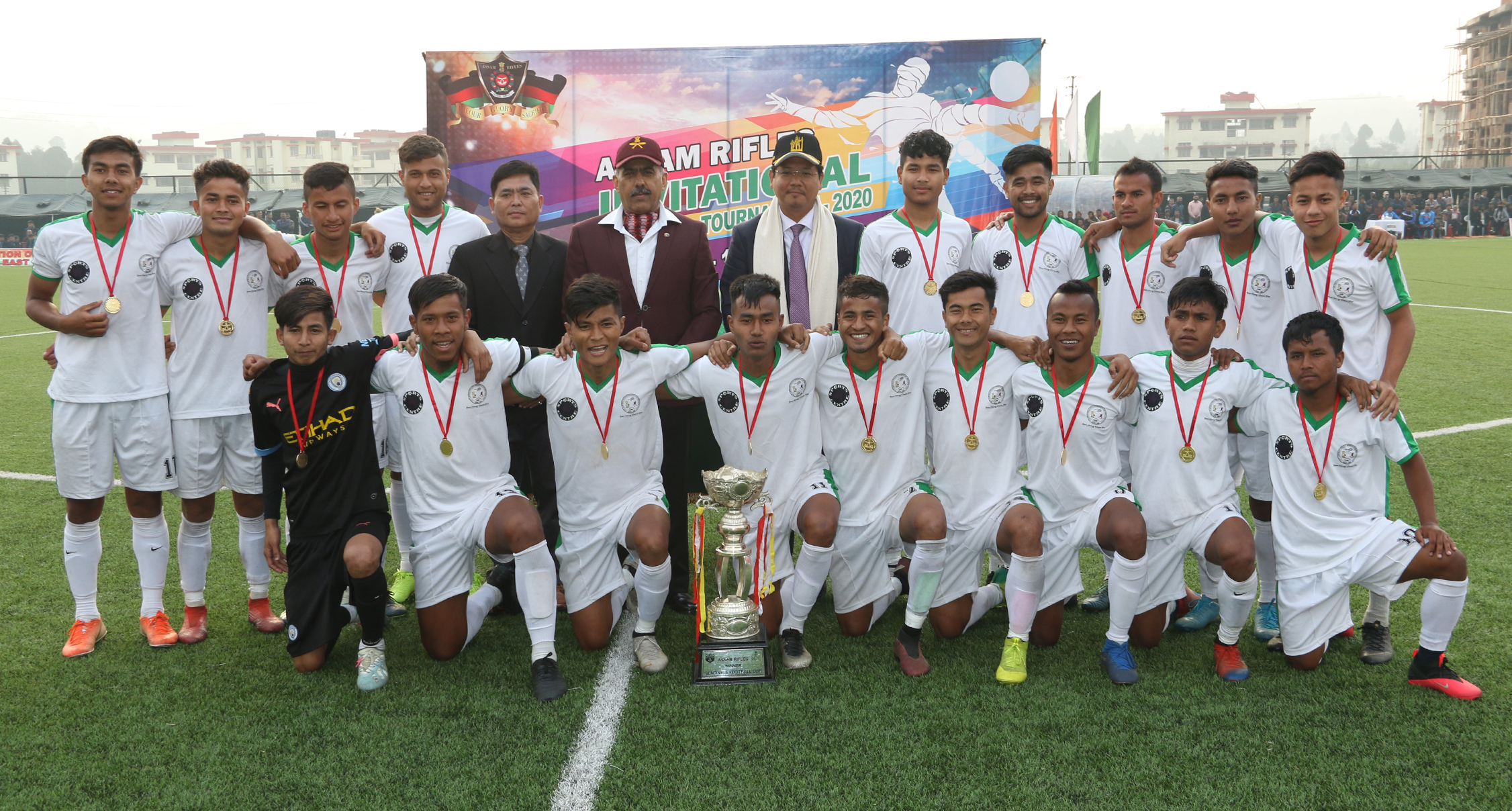 The finals of ‘Assam Rifles Invitational Football Cup 2020’ was organised at HQ Assam Rifles at Laitkor, Shillong on 13th March wherein Hon’ble Chief Minister of Meghalaya, Shri Conrad K Sangma graced the event as the Chief Guest. He was accompanied by Shri MS Rao, IAS, Chief Secretary. The Hon’ble Chief Minister was received and felicitated by Director General Assam Rifles, Lieutenant General Sukhdeep Sangwan, AVSM, SM**.
Enthralling final match was played between ‘LAWMALI SC’ and ‘UMPHRUP SC’. The ‘LAWMALI SC’ won the match by a margin of 5-0 goals and bagged the trophy and prize money of Rs 1,00,000/-(Rupees one lakh), while Runners Up was awarded Rs 50,000/-(Rupees Fifty thousand).
Director General Assam Rifles thanked the Hon’ble Chief Minister of Meghalaya for gracing the event and motivating the aspiring football players of the State. He also extended his compliments to the young participants, their coaches & managers. The DG, in his address, proudly announced that in its pursuit of promoting sports in the North East, the Assam Rifles has succeeded in seeking Govt of India’s approval for converting the ARPS Shillong to Sports School with funds getting released under ‘Khelo India Initiative’. It will be only the second such school in the country on the lines of Sports School Rai, Sonepat(Haryana) which is a matter of great pride for Assam Rifles as well as for Meghalaya.
Hon’ble Chief Minister, during his address, complimented the Assam Rifles for organizing such a popular tournament year after year. He applauded the Force for its continuous efforts in promoting sports and fitness in North Eastern Region. He also congratulated all the players and clubs who participated in the competition and appreciated the finalist for putting in their best efforts.
The event concluded with a solemn closing ceremony.