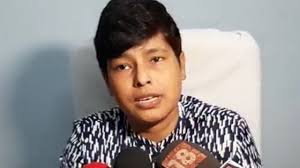 Living with the motto ‘Once a cop, always a cop, Rosie Kalita, APS, Superintendent of Police, (Chief Minister’s Special Vigilance Cell) has a story that makes the right recipe for women empowerment. Rosie is not only a woman of substance who has carved a niche in her professional space but one who has emerged a trendsetter by smashing quite a few gender prejudices.

A terror to anti-socials, Assam’s superb cop Rosie Kalita was recently awarded the ‘Union Home Minister’s Medal for Excellence in Investigation’ for the year 2020. The award recognizes her brilliant contributions in investigating the Shweta Agarwal murder case in which the prime accused was given death sentence, with scientific and innovative approaches. Rosie had been instrumental in solving many such complicated cases throughout her career.

The Optimist News spoke to this outstanding cop Rosie Kalita –

“Obviously I feel very happy with the award. It was my duty to investigate the case properly, but it is always a matter of great delight when your work gets duly recognition. It was a sudden announcement but I am deeply humbled to have received this award.”

Rosie was also conferred the Police Medal for Gallantry from the president of India in 2017.

Policing has always been her passion as she rightly believes once a cop always a cop. Armed with a first class degree in Law, Rosie appeared for the Assam Public Service Commission Examination in 2004 where she opted for policing and thus a super cop was born.  Since then, there has been no looking back. As a cop, she quite expectedly turned into a daredevil officer of Assam Police, and now she is one of 21 women police officers who has been awarded with the medal.

“I always wanted to be a police officer. I prepared for APSC and topped the list at my first attempt. I opted for APS as I wanted to do something proactive,” she informs.

A confirmed tomboy all her childhood, Rosie has well nurtured her love for adventure and never-say-die mantra, till today.  When it comes to achievements, Rosie’s story never ends. In yet another grand feat, she became the first woman from Assam to earn black belt in Karate.

“I am from Nalbari but studied in Shillong. As a child I was tomboyish and naughty. In order to channelize my energy, my parents enrolled me to karate classes when I was in fifth standard. I have two brothers but they always considered me equal and my parents were extremely supportive which helped a lot in achieving my goals,” she enthused.

A mother of two, Rosie has juggled between home and work with super adeptness. In spite of a demanding work life, she is a committed family member and always spends quality time at home. However, that does not deter her from being a highly efficient police officer.

“Though I have two children and they are now grown ups, I continue to practice karate. Uniform doesn’t make the job glamorous, commitment and hard work do. Once you get into the service you are accountable to the society and responsible for its protection. A Police officer’s life is not a Bollywood movie; it’s more about accountability and responsibility towards society, nation and humanity.”

The Optimist salutes super-cop Rosie Kalita, a lady cop who dons her khaki uniform to ensure safety for the common mass. May her dauntlessness and fight for crime and violence free society continue to make a difference!