More
More
HomeHealthAtul Gera: A ray of hope in the time of despair

Atul Gera: A ray of hope in the time of despair 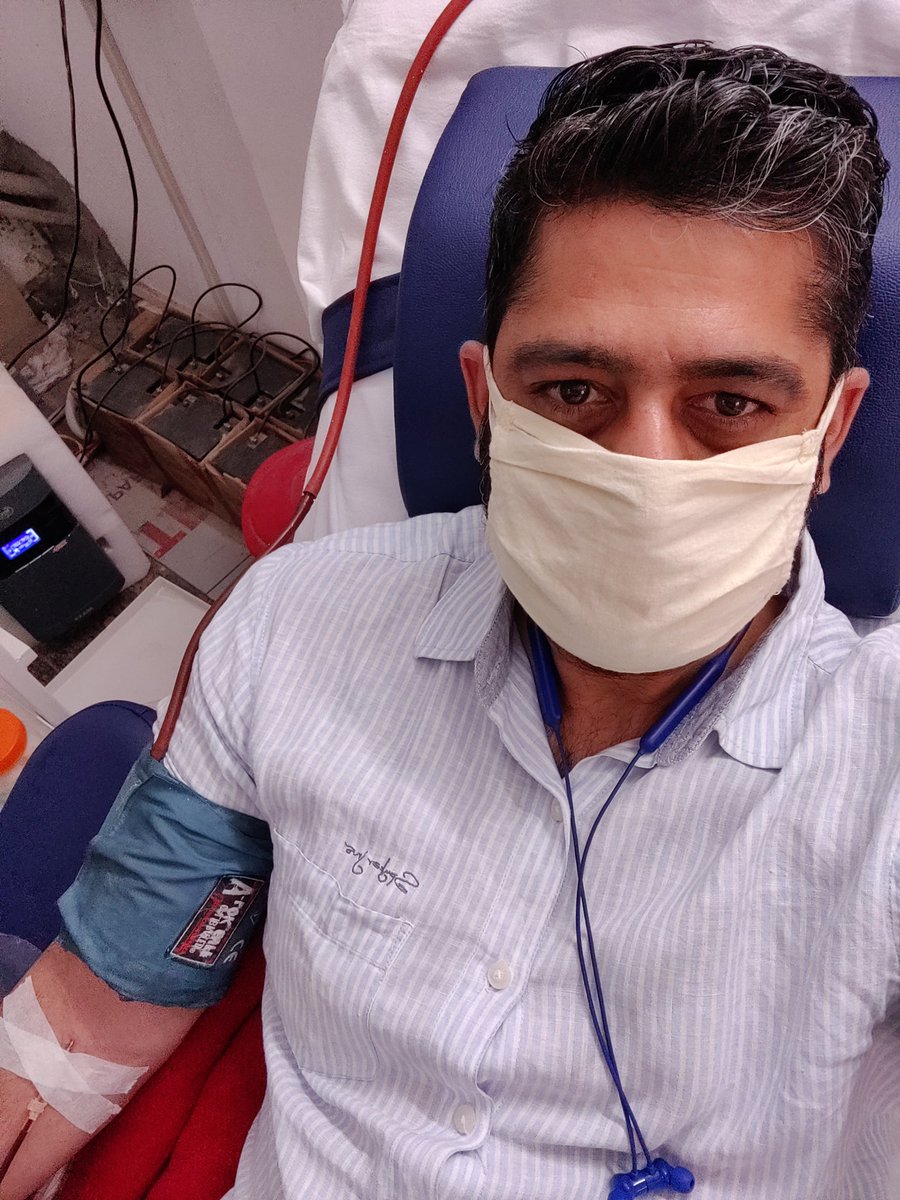 Importance of donating blood is now axiomatic and most of us know how a timely supply of blood can save a critically ill person’s life. However, getting the right type of blood at the right time can be a colossal challenge. Addressing this issue in Ranchi is Atul Gera, founder of Life Savers, Ranchi.

Gera is a man of his word who lives by example. “Setting examples motivates people. We at Life Savers try to become and create more ‘examples’ like us,” he said.

Gera started advocating for blood donation immediately after he started donating blood in the early 2000s. “I used to share my contact number with people so that they would ring me up in case of an emergency. During those days they did not have blood units in the blood bank. The stocks were mostly nil and the system was completely donor dependent which was called replacement donors. Though it was a malpractice, it was prevalent. However, call and SMS charges being very high then, my messages urging people to donate blood were received with seriousness and a lot of people came forward and we formed Life Savers, Ranchi,” he shared his experience.

“When we started off in 2000 we were not formally engaged in blood donation drives. Our work following the best practices started from 15th August 2012,” informed Atul Gera.

“At Life Savers Ranchi we promoted our camps through social media which not only attracted people’s attention but also dispelled prevalent doubts. One of the strengths we had was that we had always been associated with government blood banks.  And while organizing the camps we were able to connect with numerous people and inform about the total safety in blood donation,” Atul Gera said.

Besides being an advocate at the Federation of Indian Blood Donors Association, Atul Gera is also associated with the Jharkhand Sickle Cell Foundation and Jharkhand Thalassemia Foundation.

Both Thalassemia and sickle cell disease are inherited blood disorders usually prevalent among children. Atul Gera and his team try their best to ensure regular blood transfusion, iron chelation and other medicines needed for the treatment by appealing to the government agencies. “Getting timely transfusions ensures the right to life of these little kids. Sadly, a lot of children still do not get them on time,” Atul Gera informed.

“It gives satisfaction when you become a voice for them and try to do something good for the little children but at the same time it is very painful when you see their plight. When you get into it you realize that there is so much missing from their lives and there is so much to do for them,” Gera shared his experience.

Helping out the government

Atul Gera and team support the government in their efforts. “As citizens or voters we make the government. There are a lot of things the government needs to do. If there is any gap and we can fill that on our own, then why not,” he explained.

According to WHO standard, which recommends that for every 1,000 people in any country, a target of 10-20 donors is needed to provide adequate supplies, India faces acute blood shortage.  The government has come out with clear guidelines regarding this as well. However, Atul Gera said that the compliance of it is still due. “The National Blood Policy and SOPs from the National Health Mission state that it is the responsibility of the treating hospital to organize blood for its in-house patients. Ranchi, for instance, has a requirement of 300 units of blood per day. The number of hospitals registered under the Clinical Establishment Act is around 300. So even if one hospital can contribute only one unit of blood per day you can fix this problem forever. The government should have the will to get it done,” he explained.

“Also, replacement is a malpractice. It brings unsafe blood to the system. This leads to multiple cases of HIV and other diseases due to unsafe transfusions which led to the creation of NACO and JSACS,” he added.

One for each child

Amit Gera had also set up Titliyan, an initiative in which youths take the responsibility to be foster parents of underprivileged girls. “The initiative started with a coincidence. We got friendly with some children at a slum close to my office. Once I went there I found that they were not going to schools and were hardly attending classes. So we thought of doing something for them.” he shared. Six years hence, there are around 15 to 20 people who are contributing to the education of these children. “The girls are now studying in a good school with a hostel facility,” enthused Gera.

Atul Gera is also associated with the #ShanivarNoCar initiative of the Ranchi Municipal Corporation and mostly cycles to work. “I have taken the cycle as my daily conveyance. I do so even when I am in formal attire. Cycling feels great and refreshes the mind and body. I find it easy and comfortable and I take it as my exercise,” he said.

Atul Gera plans to stay in Ranchi and work for his city. “We owe so much to the place we live in. If I can help solve some problems in our city I would feel greatly satisfied. Every city has its own problem. If one can do something positive around him, a lot can be achieved,” he suggested.

During the pandemic Atul Gera had been instrumental in arranging Covid convulsion plasma therapy before it got banned by the Union Health Ministry. “We could be of assistance to the district administration, the district hospitals and the medical college. As a team we took responsibility to arrange plasma for people and we tried our best,” he shared. Also, Life Savers was one of the few places where camps could be organized every day.

His message to his fellow Ranchites

“I think people should be vocal about our local issues. We see many wrongs happening around us but do not question them. I would say take to the social media platforms and raise your voice. Once we start raising issues things will get their desired attention. Moreover, we should be proactive in solving problems in our communities by putting in our energy, effort, time and resources, as by doing that we would be helping not only ourselves but many around us. Privileged or capable ones should become the voice of the marginalised.”