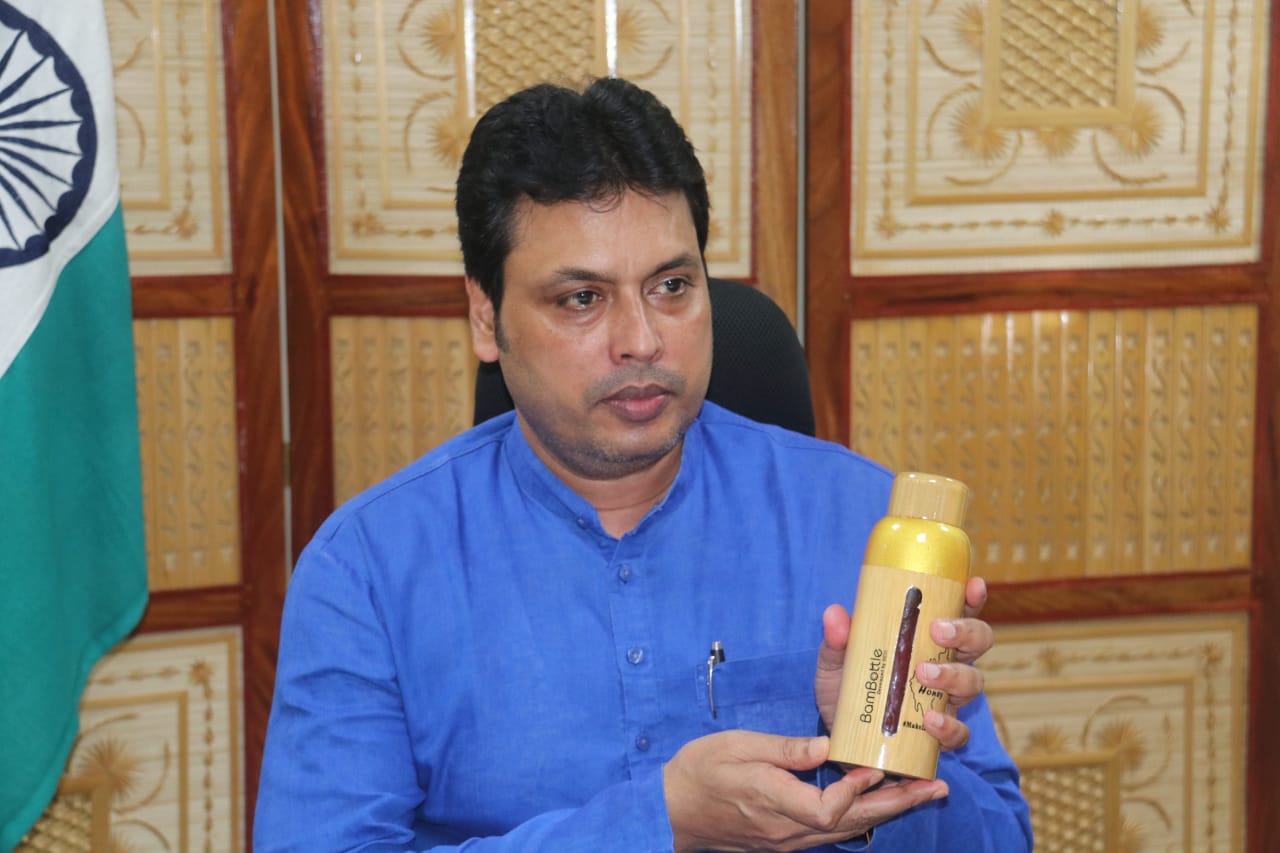 After receiving wide appreciation for bringing cost-effective bamboo bottles in the markets, Tripura chief minister, Biplab Kumar Deb, launched bamboo cookies on Friday (give date), a new and indigenous teatime snack. The cookies made of bamboo shoots, as the chief minister Deb described, would be stored in the bamboo bottles and wrapped in “Hrishas” for marketing.

“Bamboo cookies have rich nutritional value and also have the potential to empower rural communities. Since the government is  focussed to give Tripura youth self-reliant platforms, these initiatives will encourage more people to choose innovative ways of doing trade”, the chief minister said while addressing a programme at the Civil Secretariat.

It is pertinent to say here that the cost effective bamboo bottles, that claimed huge appreciation across the country, prompted the BCDI (Bamboo and Cane Development Institute) to conduct more research in the field of bamboo. Bollywood actress Ravina Tandon also ordered Tripura bamboo bottles and tweeted about her love for them. The cookies made of bamboo shoots are the latest innovation.

“Bamboo cookies and honey bottles will now add another feather to our cap. It will generate livelihood opportunities for many and fulfil Prime Minister Narendra Modi Ji’s vision of Atma Nirbhar Bharat”, the chief minister added.

Speaking to The Optimist, Avinav Kant, BCDI’s Tripura head, said that the cookies are prepared from the shoots of “Muli Bamboo”, a variety ubiquitous in Tripura and other north eastern states.

The ‘Muli Bamboo’, scientifically identified as ‘Melocanna Baccifera’, is enriched with various vitamins and nutrients and the shoot is traditionally one of the staple foods of the indigenous population of Tripura. Muli Bamboo shoots are typically harvested from forested areas and are totally organically grown. The shoots are very tasty and local people, especially the tribal communities, love to have cook shoots in numerous traditional ways.

“The bamboo cookies and the newly launched bamboo honey containers will surely get a great market value. I hope the demand of both these products would be very high in the Indian and international markets. This would also be very beneficial for the livelihood of a large section of people,” Avinav Kant said, adding that it also addresses the Prime Minister’s call of “Vocal for Local”.