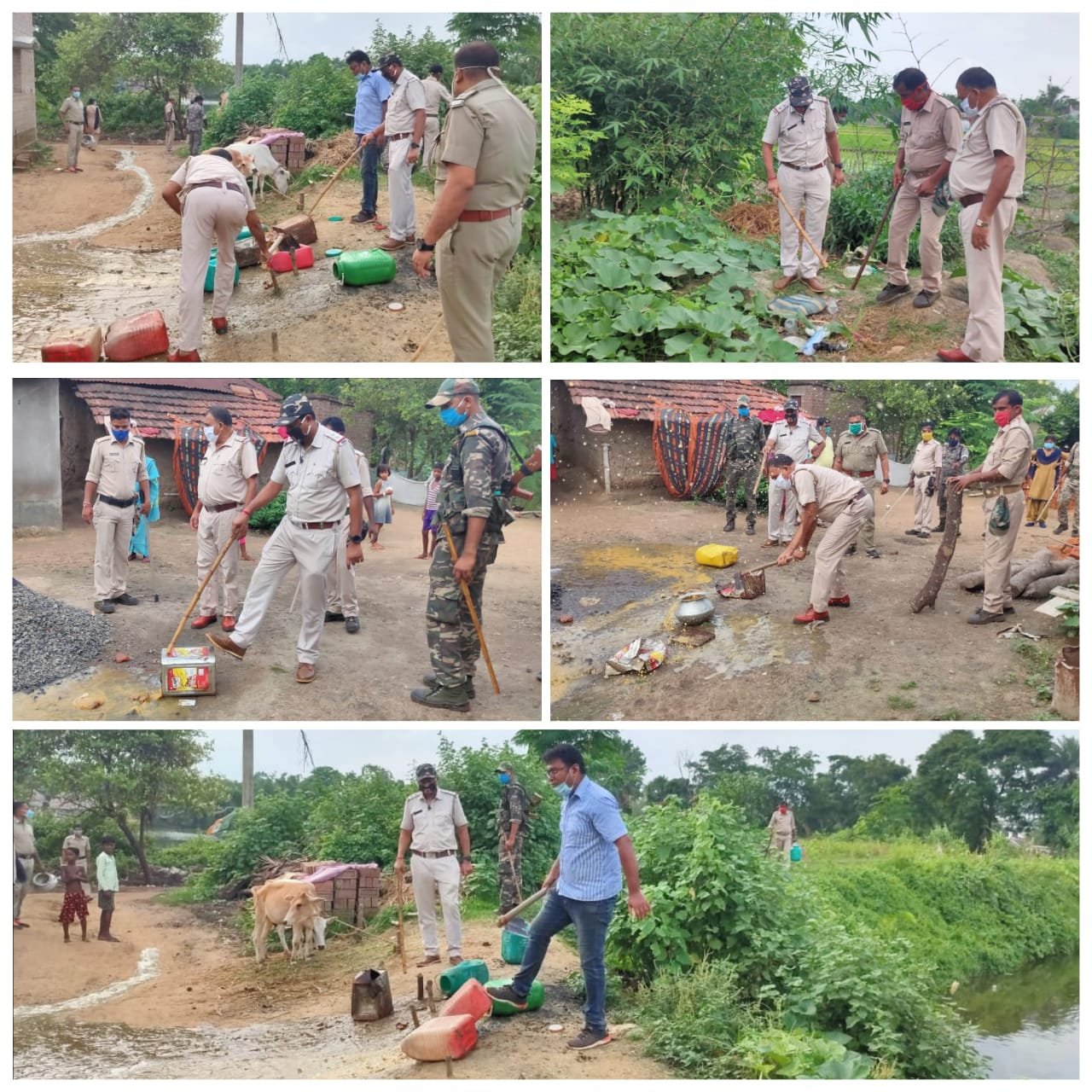 India witnessed two of her worst illicit alcohol tragedies in 2019, when Assam lost 150 lives while Uttar Pradesh and Uttarakhand lost another 100 to consumption of tainted, cheap, locally-made daaru or country liquor. Since then, a number of hooch tragedies have followed. For instance in August 2020, Punjab lost 100 lives and Andhra Pradesh’s Kurichedu tragedy claimed another 15.

The situation in Bengal is no better. ‘Cholai’, or illegally produced popular liquor in rural Bengal continues to affect the health of the consumers while becoming a menace for the society. Over-consumption followed by domestic violence, accidental deaths, loss of livelihood, along with excessive and unsustainable expenditure on alcohol are some of the dreadful impacts of this addiction.

In a bid to make a difference Bankura District Police led by SP Dhritiman Sarkar, IPS has recently started cracking down heavily on illicit liquor production and consumption through regular raids and community participation.

“We are working on a mission mode against the production of illicit liquor on the basis of intelligence. We are conducting raids in a targeted manner almost on a daily basis, and arresting the miscreants and conducting legal proceedings against them. Our aim is to stop the menace for the entire district,” the SP mentioned.

In a society where liquor consumption is a part of daily life, raids may not be enough to stop the evil. Elements of law enforcement and community awareness on this societal evil should go hand in hand. The Bankura District Police have envisaged early and have roped in the community in their efforts.

“We are conducting awareness drives on the hazardous effects of consumption of country liquor and its effect on societal well being through ‘nukkadnataks,’ or street plays, at various locations and through social media as well,” Dhritiman Sarkar, IPS mentioned.

The youth being the future of our nation, it is important for them to focus on career prospects instead of getting addicted to illegally produced alcohol or participating in its production. The Bankura Police is also conducting awareness drives in this regard across various colleges in the district so that they can be the harbingers of change in the district.

“People are free to consume distilled liquor but they should understand that illicit liquor is injurious to health. Excessive consumption of alcohol, however, may lead to health concerns and societal problems as well. We are trying to bring about a long term and positive change in the society,” the SP added.

The societal ramification of excessive liquor consumption is huge. People wish to live a healthy life by earning an honest income and by saving for rainy days. When a false sense of heroism is combined with a patriarchal mindset and triggers Cholai addiction, women and children who are in some cases are still economically dependent on men, have to bear the brunt of this menace.

This program against illicit liquor by the Bankura District Police has been jubilantly received by the local people. “All, especially the women have expressed their gratitude to the police for taking a firm stand against this issue. We are getting a lot of support from them,” Dhritiman Sarkar, IPS shared.

Thanks to the efforts of Bankura Police, the production of illicit alcohol is under control and citizens are being motivated to let go of this destructive habit and regain a normal and healthy life.