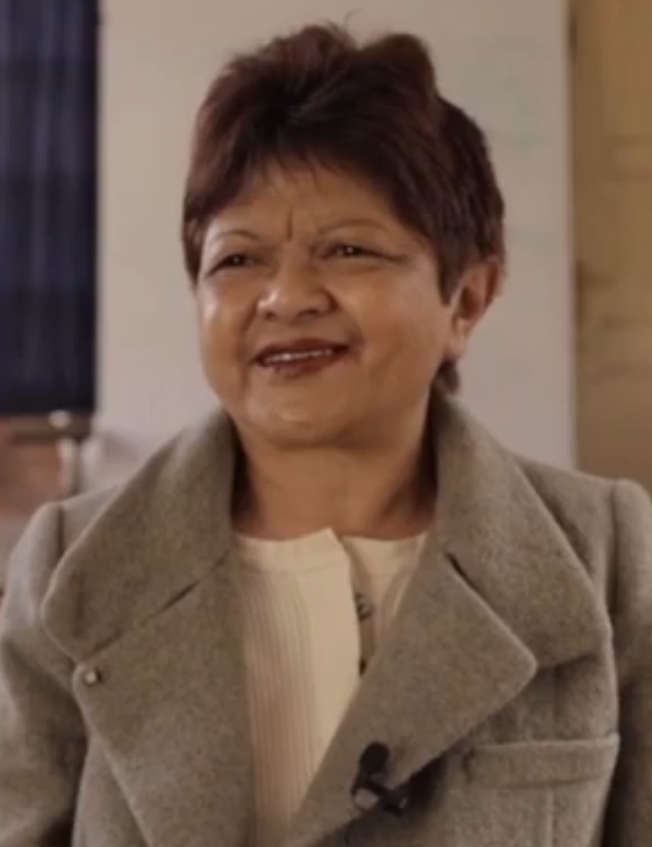 Kindness is the language which the deaf can hear and the blind can see – Mark Twain.

Being visually impaired, like all other disabilities, pose serious physical mental challenges to people dealing with them. But Bertha Gyndykes Dkhar, a visually impaired education evangelist from Shillong never considered her disability a roadblock in her journey to empowerment. She faced all the challenges with fortitude and continued to soar high in life.

Bertha started having difficulty with her vision right from childhood, but that never stopped her from anything she wanted to do. “I grew up wearing spectacles, my left eye did not work properly and I was solely dependent on my right eye. This made my life utterly challenging. As vision of my left eye weakened further, my parents took me and my brother, who too was suffering from eyesight problems, for a doctor consultation. Unfortunately, he could not diagnose my condition and it was only in 1980, after I completed my graduation, that a local doctor diagnosed it correctly. I had Retinitis Pigmentosa! It meant, as I grow older my vision will slowly deteriorate eventually leading to complete loss of eyesight. True to what the doctor predicted, the condition worsened, and it became a growing concern for everyone in the family. However, by the time I realized I was losing my eyesight, I had finished my masters in Social Work – a field I always wanted to pursue,” narrated Bertha.

Blindness not only makes a person physically disable but puts impediments on everything. But for indomitable spirits like Bertha, never say die is the dictum for life!

“The doctor who was treating me back then told me about “Blind Control Mission” and I readily agreed to be a part of it. Also, I got associated with Jyoti Sroat School – an institution specially designed for blind people and run by Bethany Society. Later, I was made the Assistant Professor of the school and eventually went for a specialization training at ‘The National Institute for the Empowerment of Persons with Visual Disabilities’, Dehradun,” she informed.

In the 1990s eye treatment was not as advanced as it is now. Bertha and her family had to face a lot of difficulties to continue the treatment. With her, and later, her brother facing the same issue, the family went through emotionally challenging times. However, they stayed motivated and moved ahead with spirited determination.

“I wanted to complete my higher studies and work for the welfare of the society and achieve more in life irrespective of the difficulties I faced. After being rejected several times, I eventually did bag my first job and decided to never let my disability stop me from achieving my dreams. True to that, within a span of two years, I became the principal of the school I joined,” she enthused. Soon after, Bertha also joined the disability movement of the country and started visiting different countries, proudly representing her state and its culture.

2004 was a time when it was extremely onerous to get government approval on the idea of implementing ‘Inclusive Education’. However, working relentlessly, Bertha and her team did get the required approval to start an Inclusive Education program in 2006 and today; they provide the highest level of inclusive education in schools for children with disabilities.

In 2013, she decided to resign from her position as the principal of the school in order to work on a broader plan of action for people with disabilities. “I wanted to be a part of the organizations working in the state and also nationally and to join the cause of child abuse and violence against children,” shared Bertha.

Currently she is the Senior Coordinator of education programs and handles several other projects nationally. The state governments have already incorporated the Inclusive Education program and people like Bertha are working as mentors for successful implementation of the programs.

Eventually, Bertha and her organisation have also been included in the ‘Shiksha Abhiyan’ mission where they are instrumental in running the programme in a more successful way. “Currently, I am part of a five year project which will end this year. The project ‘Regional Action on Inclusive Education in North East India’ is run by the state government in collaboration with five teams from Northeast India. Funded by international organizations, the primary focus of the project is to improve the quality of education for children with disabilities”, she informed.

According to her the aim of the project is to adopt the ‘Universal Design for Learning’ module and promote it as a key strategy to improve Inclusive Education. Also with the new education system policy now announced, Bertha and her team are doubly motivated to work harder and make the project a big success.

Bertha feels, disability can be a monumental emotional challenge and society can be cruel, hence it is important to believe – ‘there is nothing wrong with me’, and ‘I am capable of doing anything’.

“Giving a deaf ear to those who doubt your abilities, you should continue to do what you want in life. The most important thing is to realize that irrespective of disabilities you must love yourself for who you are. God has created us uniquely and loves us equally. We too must first accept and love ourselves before loving others. The journey might be difficult, but with hard work, goals are attainable by anyone on this earth – work around that and doors will open. The mantra should be to do our best no matter what and everything will automatically fall in place” signs off Bertha, as a smile of deep contentment appears on her radiant face.