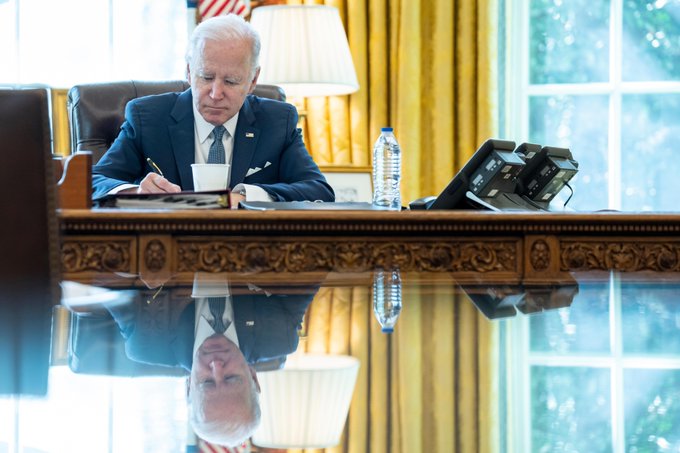 Washington: US President Joe Biden on Tuesday announced a ban of all imports of Russian oil, and gas and energy into the country.

The ban, which has been put into immediate effect, is reprisal against Russia for its invasion of Ukraine. Biden was supported in this move by lawmakers despite the fact that it would increase US energy prices.

“We’re banning all imports of Russian oil and gas energy,” Biden told reporters at the White House. “That means Russian oil will no longer be acceptable at US ports and the American people will deal another powerful blow to Putin.”

The ban is another of many sanctions the US, Canada and European nations have imposed on Moscow for starting the largest war in Europe since World War II. Russian forces have targeted several Ukrainian cities and hundreds of civilians have been killed, many of them as they tried to escape from their homes.

“At the direction of the Secretary of Defense and at the invitation of our Polish allies, General Wolters, Commander, of US European Command has directed US Army Europe and Africa to reposition two Patriot batteries to Poland,” the spokesperson said late on Tuesday.

“This is a prudent force protection measure that underpins our commitment to Article Five and will in no way support any offensive operations,” the spokesperson said.