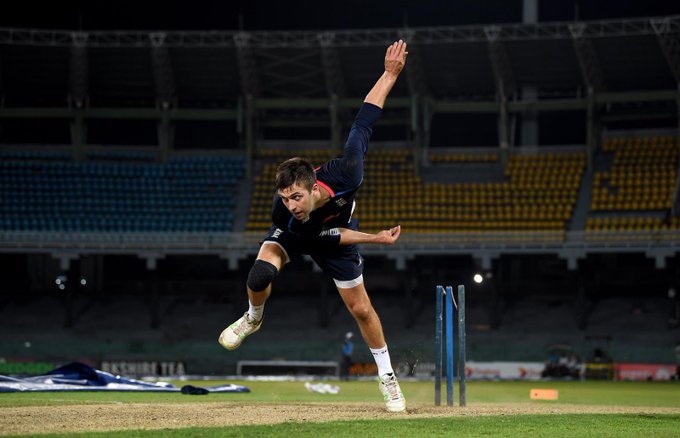 London: British fast bowler Mark Wood will not feature in the upcoming Indian Premier League season due to right elbow injury, media reports have said. He is a part of the Lucknow Super Giants. According to reports, he was hurt during the first Test against the West Indies in North Sound last week.

ESPNcricinfo understands that in a medical update Super Giants have received from the ECB, Wood has been ruled out of bowling for the time being. The franchise has not yet zeroed in on a replacement.

At the IPL auction last month, the Lucknow franchise had picked up the bowler for INR 7.5 crore.

The 32-year-old’s participation, however, became doubtful after he walked out of the first innings of England’s first Test against the West Indies last week. Wood could only bowl five overs in the first session of the third day of the drawn first Test.

He then attempted to take a fitness test ahead of the fifth day but experienced “acute pain” on his right elbow. Wood was subsequently left out of the squad for the ongoing second Test.

The England and Wales Cricket Board (ECB) has since communicated with the Lucknow franchise that Wood will not be able to play in the IPL this season, according to ESPNCricinfo.

The ECB said in a statement Wood “will return to the UK next week for a specialist opinion regarding the management of his injury” and “will have an indefinite break from cricket until more information is determined from the elbow specialist”.

The team management will decide whether a replacement is required, with the third Test in Grenada due to begin on March 24.

The 2022 season would have been Wood’s second in the IPL, having played for the Chennai Super Kings in 2018. While he went wicketless that season, Wood has become an integral part of the England squad in all formats, playing a pivotal role in their 2019 World Cup triumph.

Earlier, England limited overs opener Jason Roy, who had been picked by the Gujarat Titans, ruled himself out of the IPL. Roy said that he is taking an “indefinite break” from all cricket. His former England opening partner Alex Hales also ruled himself out citing covid bubble fatigue.

For the Super Giants, the loss of Wood is bound to heavily disrupt their plans, given the limited overseas options in their squad. West Indies all-rounder Jason Holder, Australia all-rounder Marcus Stoinis and Sri Lanka quick Dushmantha Chameera are the other overseas fast bowlers on their roster.

Holder and Stoinis, however, will miss the start of their campaign given West Indies and Australia are engaged in bilateral series against England and Pakistan, respectively.