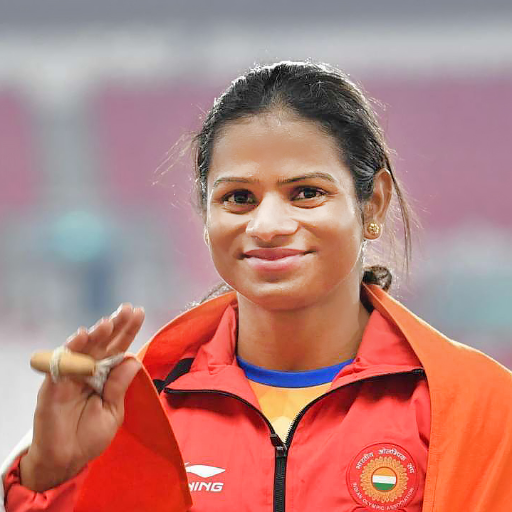 Intro: India’s fastest runner Dutee Chand has faced barbs all her life, both on and off the field. She was hurt and humiliated but she stayed put. After all, she was born to run and set the track on fire

Growing up in a family of weavers at a discrete village in Odisha’s Jajpur district, Dutee Chand had not even heard of Olympics, let alone harbouring a dream of competing there someday. But the spirited sprinter had a special something. Now several years later, she has an Olympic appearance in Rio, two silver medals at the 2018 Asiad, the country’s first sprint gold at the World University Games among her achievements.

She is India’s fastest female sprinter by a fair distance and has broken and rewritten her 100m national record several times since hitting the senior athletics circuit. But the journey from a poor weavers’ daughter to becoming India’s sprinting queen has been nothing but perilous. From fighting poverty to taking on one of the world’s most powerful sporting bodies, the International Association of Athletics Federation, she has had to constantly fend for herself to stay afloat.

Despite several setbacks, most of them threatening to end her sporting career, the 23-year-old has never given up. Most recently, she was in the news for making her same-sex relationship public. The news of her coming out was met with mixed responses with her family publicly showing their displeasure. But she continued to train on with even more determination.

“People will talk no matter what you do. My job as an athlete is just to focus on my sport and training. I was a little apprehensive at first in making my relationship public but then I thought I was not doing anything wrong. I was really happy to see the support that poured in. My family has their reservation which is okay,” Dutee told the Soothsayer.

In 2016, Dutee became only the third woman from the country to qualify for the Olympics in the 100m event. The then 20-year-old ended a 36-year-old drought by earning a ticket to Rio. Although she fizzled out in the heats itself, the experience earned by competing at such a mega event helped her become a better athlete over the years.

Dutee became a global icon when she challenged IAAF’s “discriminatory” hyperandrogenism rules and forced the world body to tweak their regulations in April 2018.

The changes in the regulations released by the world body in 2018 brought immense relief to the runner after the IAAF decided to leave out her events (100 and 200m) from the disciplines that came under new regulations. But there are still restrictions on the testosterone levels of female athletes taking part in middle distance (400m to 1 mile) events.

The first setback she faced due to the regulations was in 2014 as an 18-year-old. The promising sprinter was preparing for the Glasgow Commonwealth and Incheon Asian Games. But as fate would have it, the youngster “failed” a hyperandrogenism test which saw her name being axed from the CWG squad and later for the Asian Games. This was followed by the “darkest phase of her life” which came to an end when the IAAF removed the hyperandrogenism guidelines.

“It was the most difficult phase of my life. People started ostracising me. Female athletes refused to share rooms during competitions. I was made to feel like a criminal and even my dearest friends abandoned me. A handful stood by me and Payoshini (a gender rights activist) asked me to fight a case against the world body. I did it with her support and I won it. Now, I am popular all over the world and even Caster Semenya knows me and is a good friend,” Dutee said.

Now Dutee with her coach N Ramesh, is training in Odisha with the sole aim of achieving the 2020 Tokyo Olympics mark of 11.15s for the 100m. The athletics circuit will liven up in the next couple of months and provide the runner ample opportunities to make the cut. Her next competition is the Khelo University Games to be held in Bhubaneswar from February 22 to March 1. Dutee still has to shave off some time from her personal best of 11.22s (also the national record) to earn the elusive Olympic berth.

“I am finding my rhythm now and have been training rigorously. There were no competitions in the last few months so we were targeting the February-March period. I am confident I will make the cut,” she said with great conviction.

The girl who trained barefoot on the river bed because her parents could not afford to buy her a pair of shoes, is now running in tournaments across the globe. Her story of grit has been covered by all major news organizations. But despite the attention she garners, she remains the humble athlete she always was with her focus remaining on what she does best — running, and as she says: “I have still a lot to achieve and I won’t rest.”