Bose: Commemorating the Icon on his 125th Birth Anniversary 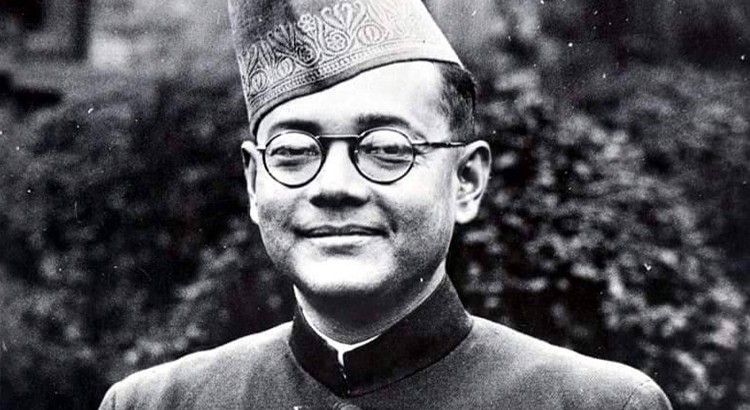 “Men, money and material cannot by themselves bring victory or freedom. We must have the motive-power that will inspire us to brave deeds and heroic exploits.” – said Netaji Subhash Chandra Bose, Indian nationalist whose fierce patriotism made him a valiant hero in India.

Today on his 125th birth anniversary the entire nation remembers Bose as a revolutionary freedom fighter and the iconic nationalist for his inspiring struggle for the freedom of motherland.

While political camps are bust claiming Bose as theirs, let us see how Subhash Chandra Bose, fondly remembered as ‘Netaji’, is remembered among the common mass.

Speaking on this, Dr. Supratim Das, Vice Principal of Scottish Church College says, “The emotion surrounding Netaji among the public is tremendous. In the language of History, this process is called appropriation, which has already started developing around his life. His iconic legacy makes him a living subject even in the memories of the younger generations which demonstrates how relevant he is even in the deliberations of current political leaders and office-holders of India.”

Bose has been an iconic as well as a controversial figure throughout the course of history, sharing his views on this; Dr. Das recalls one of the conversations between Anita Basu and Sucheta Mahajan, “To most Bose is someone who is remembered on terms of his mysterious death and the controversy revolving around that. But remembering him on the terms of his life and the lifetime contributions he made to Indian struggle for independence is blurring away. However, efforts are being taken by means of making biopics on him to keep his legacy shining for generations to come.”

“Netaji was one of the promising socialists. From the 1930s even, he tried to build a nation based on political economy and industrially resilient with youth power of the country that shall challenge the West, absolutely utilizing the policy of synthesis and anti-synthesis. A small example of this can be reflected from the way he built Indian National Army (INA) which demonstrated a combination and co-existence of communal harmony, caste unity and women empowerment in bringing the secular nature of INA. Also, his preference of Jana Gana Mana over Vande Mataram, which contains a tone of communality, personifies his idea of making the small voices of nationalism heard and not burdened under the grand mosaic of Nationalism.”

With social media dominance Netaji has received a plethora of interpretations. Speaking about its pros and cons, Dr. Das opines, “Usage of digital space will bring Netaji closer to GenY. His life includes struggle, debates and controversies, which is nothing less than romanticism to Bengalis. Digital debates make Netaji more accessible to them both in terms of little narrative and meta-narrative. This digital space has given a chance of open interpretation away from the standardization in which we often try to frame celebrated personalities.“

You will find Netaji in every nook and corner of the college. This year due to the pandemic the college has arranged for an exhibition on a virtual platform that consists of his documentations and write-ups at the Philosophical society magazines of the college. “It captures how from his college life he was dedicated towards India’s freedom struggle. Snaps of Hawkins Gold Medal and Pratap Chandra Majumder Medal will also be on display at the assembly hall of the college. Later on we will develop this exhibition with a voice-over to make it into a digital archive,” adds Dr. Das.

Netaji an inspiration for all

Netaji has influenced his sense of governance throughout and shall continue to do so. Speaking about his contribution, IAS Officer Dr. Akanksha Bhaskar mentions, “To limit Netaji just as a freedom fighter would not do him justice. He was one of the complete leaders of his times. His vision and ideals go beyond the narrow confines of a simplistic understanding of nationalism and independence. The creation of Rani Jhansi Regiment under Capt. Laxmi Swaminathan is an example of Netaji’s societal maturity during those times. During his years in Indian National Congress he strongly focused on Swaraj – self-governance, a lesson that is still relevant for the present day India.

Recalling the ideals of Bose, Author and IAS Officer Anil Swarup says, “Netaji has been a source of inspiration for civil servants. What he did for the country despite the problems he faced personally is an inspiration to all. His contribution is phenomenal. For a person to motivate people both at home and abroad so many years ago is simply awe inspiring. His life demonstrates that even in adverse conditions, if one has capabilities, commitment and will to sacrifice; he can achieve the desired goal.”

“It is our duty to pay for our liberty with our own blood. The freedom that we shall win through our sacrifice and exertions, we shall be able to preserve with our own strength” – Bose’s firm conviction in taking ownership in the road towards achieving liberty is still coherent.