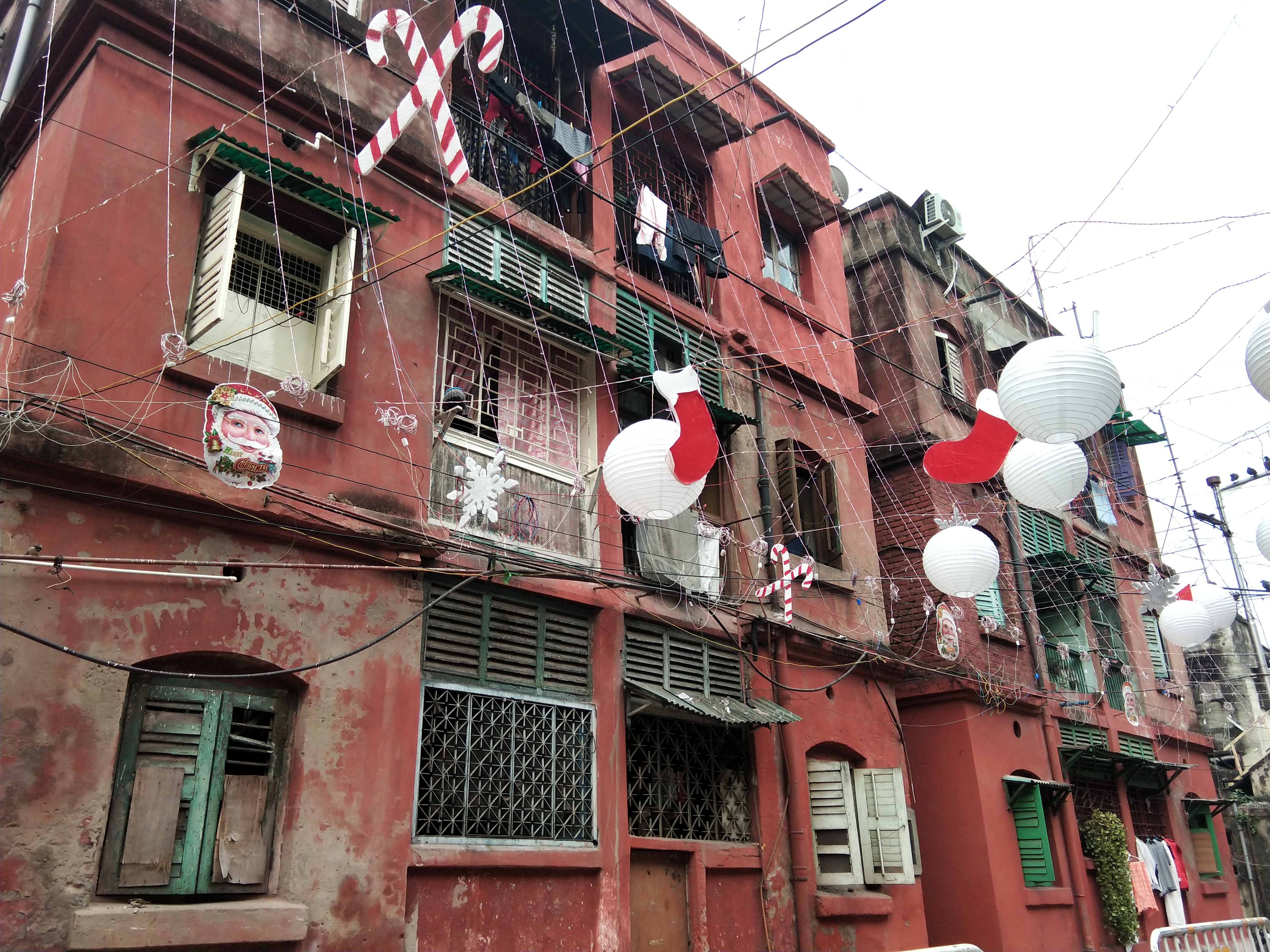 One more season of Christmas has gone by and celebrations in Bow Barracks are incomplete without specially baked cakes and wines with Christmas songs playing in the backdrop. This traditional colony adds on to the taste of Christmas with a special feeling, where almost 250 Anglo Indians have been living since years. Bow Barracks has several Anglo Indians and their children living here since centuries who celebrate the festival of Christmas like none other.

Right from attending midnight mass in church on Christmas, to hosting a seven day carnival that starts from 23rd of December to 31st of December, the Anglo Indians have formed a little world of their own.

Things Have Changed Though

Over the years, many families did complain about the receding figures of their population and are witnessing a sharp change in their community, but the spirit of Christmas still keeps them hopeful the essence of their community will be kept alive.

58 year old Valeira (name changed) is aware of how people are gradually migrating to other countries, especially the youngsters and are taking their parents along with them. Out of her 3 sons, two have already left Bow Barracks and migrated outside. She keeps visiting them, but misses them in the Barracks at times.

“Most children prefer to move outside to other foreign countries like USA, Canada and Europe. This is bringing down the population of the Anglo Indians in the Barracks. It is deeply saddening to see that most of the younger generation is keen to move out and come here only during holidays. Their choices, preferences and ways of lifestyle has changed and they are choosing to shift to different places” Says Valeria.

55 year old Suzzanne(name changed), shares her remorse of going into depression as her children live abroad and she along with her husband stayed back in the Barracks. She describes how she saw the community turn into a deserted place in front of her eyes.
“When we first came here, almost 40 years back, Bow Barracks used to be a full house with lots of Anglo Indians living under the same roof. As time passed, it turned into a mixed locality, where we have Chinese, Tibetian and Muslims living here too. The number of original Anglo Indians has reduced here drastically. Now, it really depresses me to see that some of the houses have locks, while some are deserted. The beauty of Bow Barracks will never fade, but the population is fading”. Says Suzzanne.

Different families decorate their entire lane with lights, balloons and streamers during Christmas. Some families make wines, while some make cakes. They also get a lot of support from politicians who help them keep alive their culture and tradition.

Although today, Park Street has gathered a lot of attraction, Bow Barracks has its own taste of celebration, which is indispensable during the month of Christmas. In fact, recently the municipality has decided to turn it into a heritage landmark which was constructed almost 150 years back.
“It is true that children are leaving and shifting to other places, some even take their families and shift their base. We still have a close circle of people who have been here and are staying together for a long time. It is good to celebrate this festival with them. This never gets old and to us the spark of the Barracks will always be there” says 65 year old Angeila (name changed), head of the Bow Barracks Residents Welfare Association. 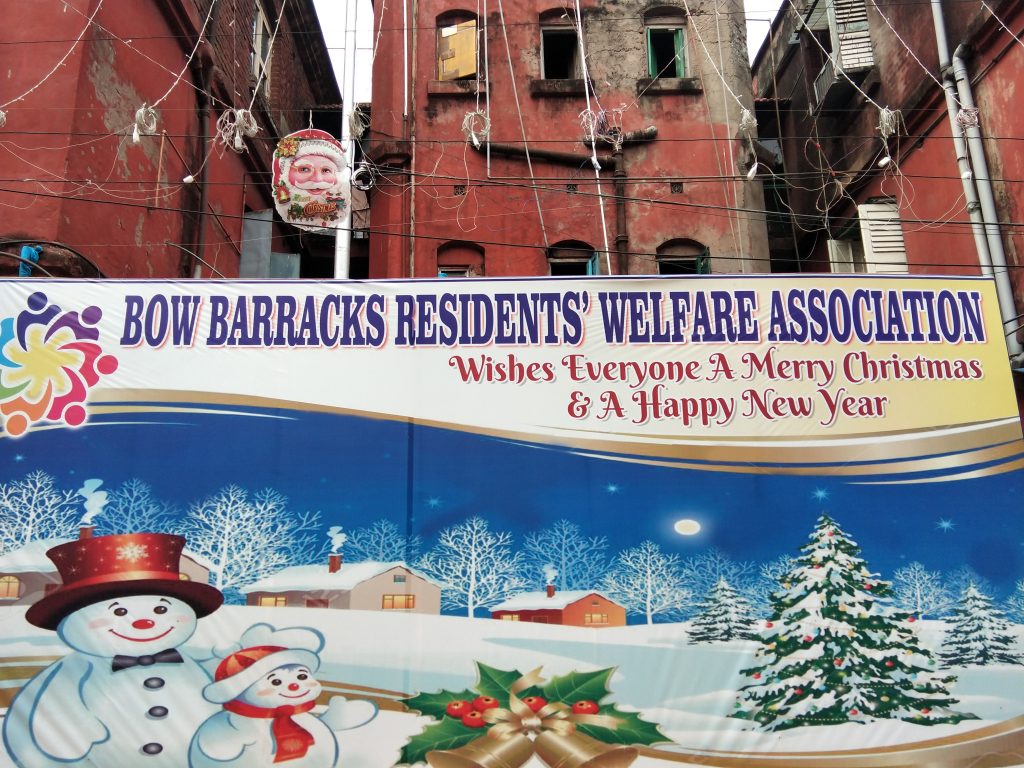 The charm of the old can never be replaced in the age of changing times that usher in different mindsets. Keeping traditional cultures alive and Christmas earmarks this very spirit which makes Bow Barracks hold on to hope as the years go by.