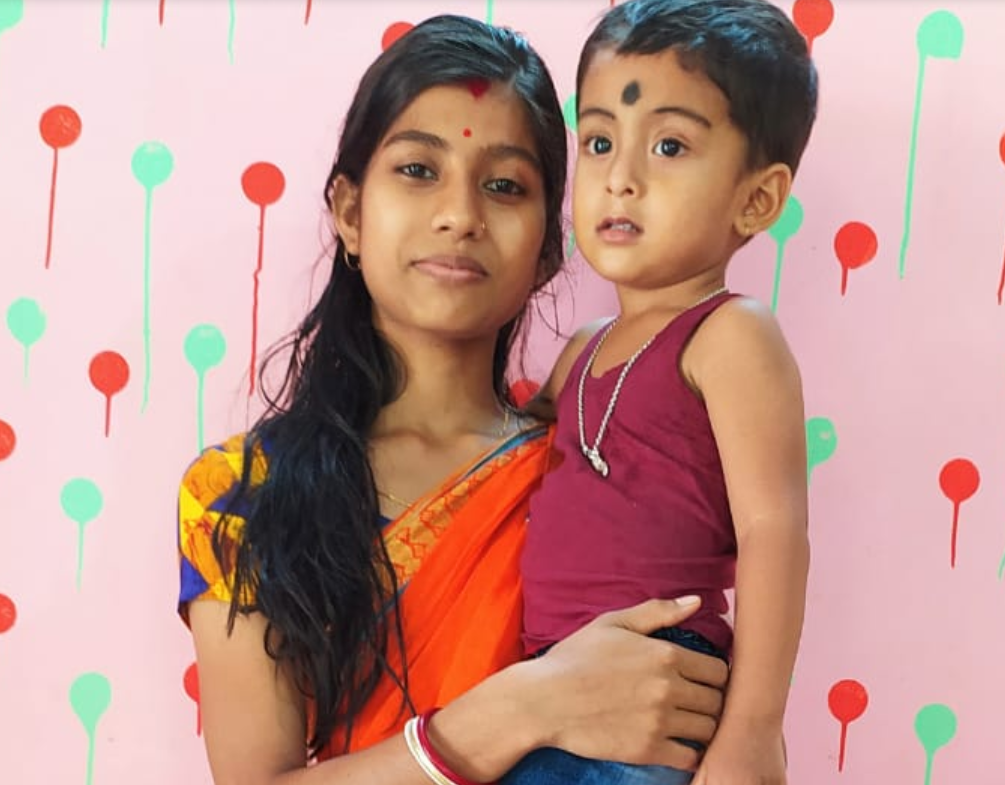 Even today, education remains a challenge for many women in India. Family responsibilities, early marriage and gender discrimination continue to thwart their path to progress and dash their dreams of living a quality and dignified life. Hapless victims of this injustice are aplenty. On the other hand, there are the superwomen who with their indomitable spirit and will power beat the odds and achieve their dreams.

Sanghamitra Deb of Tripura, who had secured 7th position in Humanities of TBSE conducted Higher Secondary exams, despite getting married at an early age, even before she cleared the Madhyamik exams – is one such shining star of India.

Earlier, Sanghamitra, failed to perform to her best potential in Madhyamik exams as her one and half month old child kept her busy and occupied. Once her kid grew up a bit and adapted to a life with the grandparents, she started investing more time in her studies and performed well in it. Sanghamitra’s husband Raju Ghosh, a CRPF jawan posted at Kashmir, stood beside her as religiously as he was guarding the country’s borders.

In an exclusive interview with Mrinal Kanti Banik of Optimist, Sanghamitra says, “My husband and I tied the knot in 2016. Despite getting married I wished to continue my studies and he supported me wholeheartedly. He helped me all the way through and never refused any demand related to my studies. Unlike other husbands, who often doubt their wives when they go out for studies, my husband gave me full freedom to continue my classes”.

Sanghamitra’s in-laws supported her decision to go for higher studies as well. “My mother-in-law was very happy after knowing my results. She told everyone that her own children could not make her as proud as I did. It was really a family effort and the success is not only mine”, shares Sanghamitra as her eyes turn moist.

Born in an underprivileged family, her father Sadhan Chandra Deb, a betel-leaf cultivator from Gandhigram area – located around 10 km from Agartala – never had enough income to simultaneously support the education of Sanghamitra and her three brothers. It was then, that she decided to marry Raju, who was also a resident of Gandhigram area and had succeeded to secure a job in the army.

Sanghamitra’s immediately younger brother Siddhartha also passed the higher secondary exams with top grades, narrowly missing the top 10 slot by 8 marks. Of the other two, one has passed Madhyamik with first class marks and the youngest one now studies in 8th standard.

All the siblings are from the local Gandhigram HS School where they have already made a name for their academic accomplishments. One of the teachers of the school says, “All of them have made us proud. It seems that god has gifted the family with jewels. We hope all of them will continue to prove themselves in future as well”.

When asked about her future plans, Sanghamitra, says, “I want to be a teacher and am planning to do my higher studies in English or Geography”.

Wind beneath your wings!