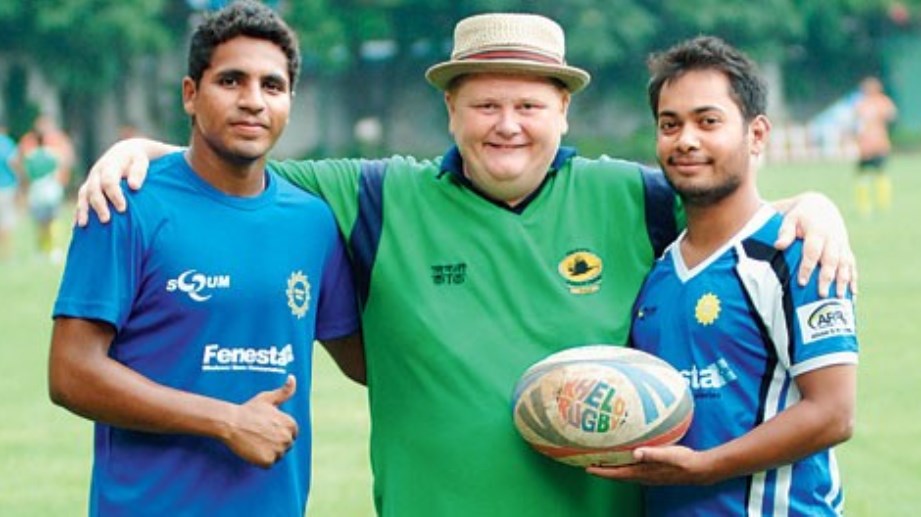 Since ages Kolkata has encouraged sports, especially cricket and football. A new addition to this is rugby, introduced by Paul Walsh the British diplomat who gave up a promising career and stayed on in Kolkata to teach rugby to children from disadvantaged backgrounds. He has built an organisation called “Jungle Crows” where teens, both boys and girls, are encouraged towards this game. Paul and two of his friends John and Gary started the initiative but now Paul handles everything with élan.

Recently in an interview with The Optimist, Paul Walsh shared insights on his initiative.

Why rugby in Kolkata?

Initially it was just for fun that Paul launched the initiative to encourage rugby among Kolkata teens. But over time it has grown into a full-fledged team where both senior and junior players take enthusiastic efforts. The organisation encourages children living in the communities, to play rugby,” Paul shared.

Paul wants more rugby to be played in Kolkata. What amazes Paul is how Kolkata welcomes everything, even his crazy idea of promoting rugby. “It was heartening to see how people have supported my idea and showed interest. I can connect with the city’s vibe and feel like a part of the wider community,” added Paul.

In Kolkata, or India as a whole, Paul confirms that the women are doing great in playing rugby. He is glad to see the determination that the women have shown in the game. All they need is a push which is given by Paul by educating women about role models.

The first step is to give women a reason to follow their dreams and become the person they want to. “Showcasing a role model is very important,” says Paul. This game is not known to the community that Jungle Crows work with. This is a boon, as their lack of awareness ensures that they don’t judge or discriminate against the game calling it a game for boys only.

Paul is excited to introduce rugby among the tribal communities and his biggest success came in 2007 while working with a school for tribal children in Bhubaneswar. He eventually built up a team among the players of the school who won a game of rugby in the united kingdom,“ shared Paul.

At first it was all fun but slowly Paul got involved into their lives, ensuring how they managed everything and still stayed focused in the game. His organisation started supporting the young players as they grew. The most successful initiative taken by the Jungle Crows was to pair up with a sports brand Decathlon. In Kolkata and Bangalore the brand helped Paul bridge the necessary gaps by facilitating education and sports training to the players. Also since rugby is not professionally played in India Jungle Crows also helps the players with employment and livelihood.

Challenges and obstacles were there but with dedicated team effort, peace and happiness Paul has walked a long way. “It wasn’t that easy to convince someone to play a game that they never heard of. However, slowly and gradually things started to fall in place and I am glad it happened,” enthused Paul who wants the rugby ball in the hands of thousands.