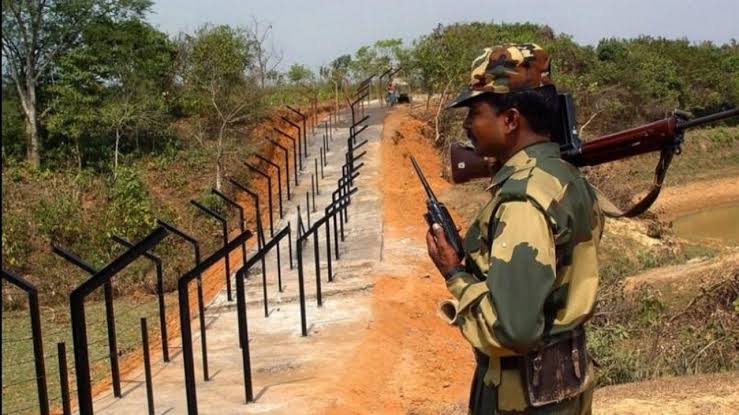 The Border Security Force, Meghalaya in its commitment to fight COVID-19 intensified its vigil across the 443.8 km long Meghalaya border to ensure that no cross border movement takes place during this crucial period.

Attempts of trans-border violation by Bangladeshi miscreants have increased which can be attributed to global lockdown and the resultant economic slowdown followed by unemployment. Bangladeshi nationals infiltrate with the intention to commit theft mainly of forest produce like timbers and wooden logs. Besides, Bangladeshi nationals sometimes are involved in petty smuggling of liquor and other contraband items taking advantage of the porous and unfenced gaps along the border. They exhibit aggressive gesture and often confronted with BSF when stopped along the International Border. In one such instance, on 23rd May 2020 Bangladeshi entered inside Indian territory for collecting wooden logs floating in the fast current of river Piyang East Khasi Hill districts. These Bangladeshi miscreants who had numerical superiority confronted with BSF troops. However, BSF troops managed to push them back with the use of non-lethal weapon.

PRO BSF Meghalaya said, “The Border Security Force continued its fight on two fronts – cross border crimes and Coronavirus. The force is putting all out efforts to intensify its vigil at the International Border to curb illegal trans-border movement and crimes so as to contain the spread of Covid-19 as well as ensure security along the IB”.