Calcutta exemplifies the spirit of acceptance that is India’s greatest strength: Tharoor 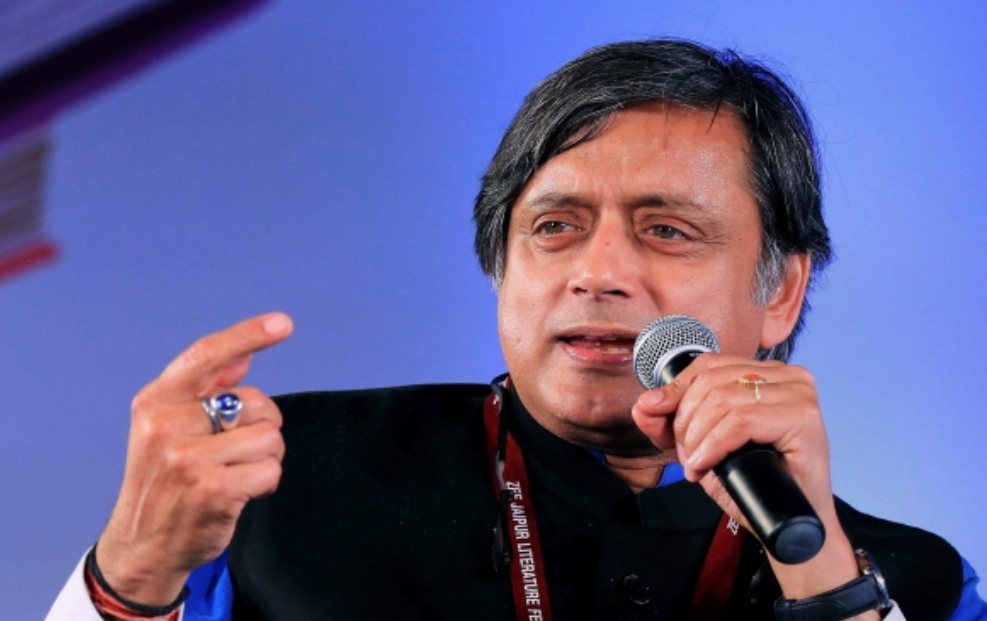 In an exclusive interview to Anthony Khatchaturian, Congress MP Shashi Tharoor talks about his intangible memories of Calcutta during his childhood days, the special character of the city’s inclusivity and why ‘dynastic politics’ is nothing new for India

A man who needs little introduction, Dr. Shashi Tharoor’s career spans various domains — a senior diplomat at the United Nations, a Congress MP, Union Minister and now Chairman of the External Affairs Committee, a prolific author, an advocate for gay rights and, for the purposes of this interview, partial roots in Kolkata, erstwhile Calcutta, which this interview begins with…

1. What was it like to be back in Kolkata and what are your favourite haunts in the city?

ST: It’s always wonderful to be back in Calcutta! And this is a very special time. No time for favourite haunts, though, on what’s been a rushed two-day visit for my son Ishaan’s wedding reception.

2. What are your impressions of Calcutta at X-Mas and did you get a chance to visit the Park Street celebrations?

ST: I always love Calcutta at Christmas and the lights and general air of festivity is unparalleled anywhere else I have been to in India. I stayed right near Park Street on this visit so I saw it every day but didn’t have a chance to visit any specific celebration. It was fun, though, seeing the astonishment of my new Gujarati relatives at seeing an Indian city decked up for Christmas like this!

3. How has the city changed from your student days?

ST: Well, There’s been a lot more construction — the Lower Circular Road flyover, for instance, didn’t exist in my student days; there are a lot of new buildings and whole new neighborhoods like Rajarhat. It’s also a much cleaner city than it was when I was a teenager — not just cleaner but I love the way so many old buildings have been brought to life. The Indian Museum, for instance, was a grimy, dingy, greyish building covered in generations of dirt and soot. Today, it positively gleams.

4. Who do you think is worse — Churchill or Hitler?

ST: Oh! Hitler undoubtedly. But these comparisons are invidious. It’s not one evil person versus another, or even one kind of malicious murderous evil versus another kind of racist indifferent evil — what really matters is the effect on people. The Bengali who starved to death in 1943 because of Churchill’s decisions is not going to care that he wasn’t gassed in a concentration camp by Hitler. Hitler may have been more evil but in the end Churchill’s victims are also dead — both unnecessarily.

5. With China now forging an alliance with Afghanistan, how should India respond and position itself?

ST: China is extending itself throughout our neighbourhood but we should focus on strengthening our pre-existing relationships with all these countries and building on affinities that go well beyond China’s. We can’t compete with China on the amount of money they can grant or invest. But that’s precisely why we offer an alternative model of friendship and cooperation which we should promote quietly. No country wants to feel it has sold its self-respect to a rich and powerful neighbour. That’s what makes us a useful balancing force.

6. Calcutta has Jewish Synagogues that have Muslim caretakers; it has Parsis, Jews, Armenians, even a community of Chinese who have all lived here peacefully for centuries. Pork, beef and alcohol are all sold alongside each other openly and without fear. What is it about the Calcutta model that other Indian towns and cities find difficult to replicate?

ST: It’s special but not unique. Thiruvananthapuram, which I’m proud to represent in Parliament, is actually very similar, though the Jews, Armenians and Parsis didn’t get as far south! It comes from centuries of being an open trading city, open to outsiders and therefore to external influences.

Calcutta never developed a complex about its history either. It exemplifies the spirit of acceptance that is India’s greatest strength but which is being eroded elsewhere by the pettiness of our politics and the intense competition for cultural self-assertion.

7. What should we do with Victoria Memorial?

ST: I think it should remain what it is, a museum — but it should be a museum to British colonialism in India, warts and all, not to its glories (or more often to its mediocrities).

8. Writer’s Buildings is currently being restored. As it was the very hub of the East India Company, what should we do with it?

ST: It can continue to house government officials as it has always done. It seems to me that there is no harm in using these legacies of colonialism to serve our own interests. After all the buildings never oppressed us — the people in them did so. So now there are different people working there, the historic building can acquire value as a seat of our democratic governance.

9. Let us, for a moment, speculate — what if the EIC and the Crown had never set foot in India, how would India now look to you?

ST: That’s a vast question. I’ve explained elsewhere that if no other colonial power had come in either, I think we would have evolved into a constitutional monarchy. The Marathas were expanding their military control over most of India but they were content to retain the Mughal emperor as a figurehead. Like Japan and Thailand, we would probably have evolved through Peshwa dominance to semi-military semi-civilian rule to a modern democracy. Our diversity would have ensured that democracy acquired deep roots. And we would have been spared the horrors of Partition.

10. Finally, the INC has elected another Gandhi. What would you say to those who accuse the INC of ‘dynastic politics’?

ST: I’d say what Rahul Gandhi himself said: so what’s new? Isn’t the transfer of professions through the gene pool deeply entrenched in our culture? We’re a country where the sons of Bollywood stars become Bollywood stars. Where almost every cobbler or carpenter had a father who was a cobbler or carpenter. Why should we expect politics to be different? The Samajwadi Party, the Shiv Sena, the DMK — you name it and there’s dynasty everywhere. But ultimately in our democracy, the dynast has to get elected. The approval of voters is what legitimises him far more than his family name.

Many thanks to Dr. Tharoor for taking the time for this interview (at 4 am!).