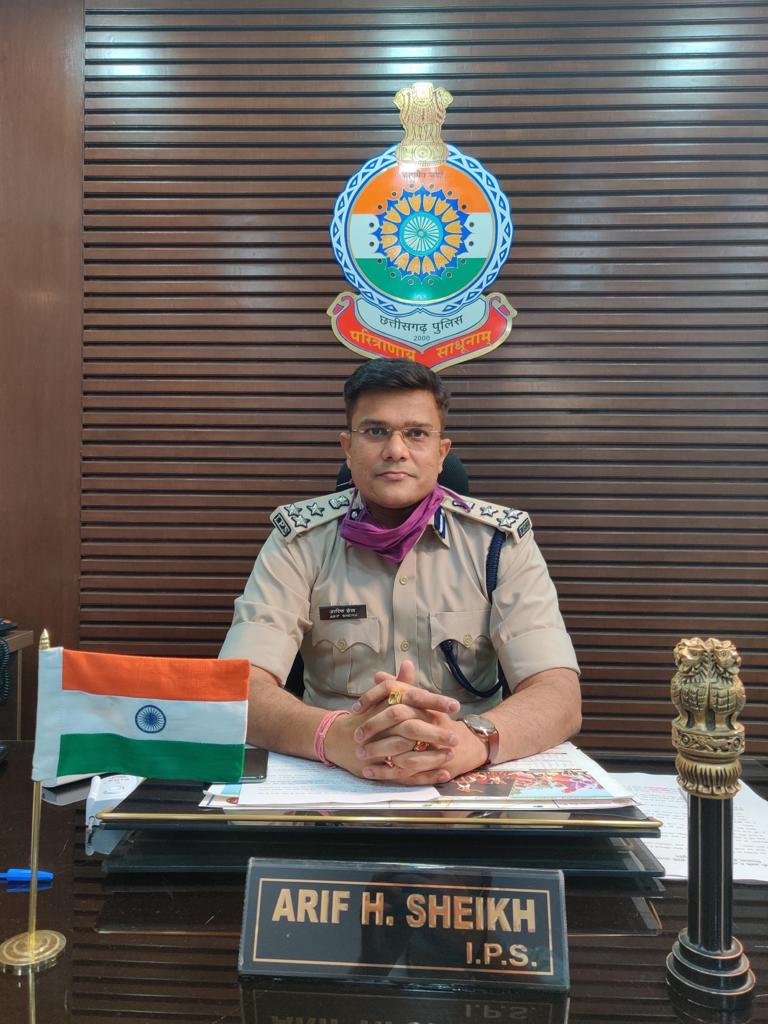 Media reports reveal that domestic violence increased manifold during the lockdown, reasons cited include stress from job loss, going on the wagon with liquor shops being closed or spending too much time together at home. Abuses were reported by both genders as was revealed by the cases lodged across India. Following this the law took its course, gender notwithstanding.

According to Arif Sheikh Hussain Indian Police Service (IPS), the Director of Anti-Corruption Bureau for the state of Chattisgarh said,” Launching a campaign like Chuppi Todd, instilled a ray of hope in the victims of domestic violence”. IPS Hussain who followed his father’s footsteps to join police services after software engineering told The Optimist News, that a strong cop community connect is needed to build a safe and crime-free society.

Chuppi Todd means to speak-up against wrongdoing. The sudden hike in cases of domestic violence during lockdown alarmed the Raipur police and to overcome the situation a team was created and a campaign was launched which not only helped victims of the state but also motivated victims of other states to ring-up and seek help.

First Information Report (FIR) under the Indian Penal Code (IPC) section was lodged against three women for domestic violence. However, the number of women victims was way more. Raipur police found a unique way of reaching out and extending help to victims. They made phone calls posing as COVID19 healthcare people and asked well-prepared questions which were close-ended to yes or no. so that the spouse or in-laws didn’t suspect anything. Following this, the number of cases lodged rose from hundreds to thousands, including some FIRs. Under the able leadership of SP Arif , the Chuppi Todd campaign saved many lives during the lockdown.

Presently, innumerable phishing attacks are also being reported in various police stations and Arif thinks one of the major reasons behind these fraudulent acts is lack of information despite Governmental advertisements that promote awareness and also due to the blind trust that netizens have in Google. “During my tenure as Superintendent of Police (SP) in Raipur, I had seen that if banks become pro-active to block fraud accounts a lot can be saved. Since banks nowadays don’t follow Know Your Customer (KYC ) norms, fraudsters misuse the leads and steal the money of the general public,” says the IPS officer who has sent letters of appeal on this to Reserve Bank Of India ( RBI ) to bring the issue to their knowledge.

Role of women in uniform

Recruitment of women in policing has been a major social change in India. Briefing on the subject, Sheikh proudly discloses that the ratio of Chattisgarh women in uniform is more than the other states. “Anyone, irrespective of gender, can take the exams to be a IPS or Deputy Superintendent of Police (DSP), the seats are open to both genders. I believe that there is no gender discrimination when it comes to police in uniform. In Chattisgarh there is a 30% reservation for women in the police service which gives them a big advantage,” says Hussain while being optimistic that the role and responsibilities of women in policing will be larger in near future.

COVID19 broke the ice between police and public. During this pandemic that the administrative helping hand reached the public with the help of people in between them.

The idea of community policing is to elicit public opinion and act accordingly. The IPS narrates the role of community policing which is usually misread by citizens – “I feel that in many matters the public are in better condition to explain how a problem should be addressed and in dealing with the police should always be ready to help. There should be trust between the two parties in order to reach long term solutions to problems. The ultimate goal for the police is to maintain law and order, and in doing that open communication with the public is critical. This is where the efficacy of community policing comes into play,” explained Hussain.

Being vigilant is the only way to overcome digital crimes:

Elucidating on how to stay safe from digital crimes Chattisgarh Anti-corruption Director shared some key points:

●       Not to share pictures with sensitive information on public domain.

●       To be cautious while interacting or chatting in the cyber world. A lot of fake profiles are created and the biggest example of that is the recent case of Nisha Jindal.

●       To know about government schemes available at the fingertip can lead to fraud monetary transactions which are increased during COVID19.