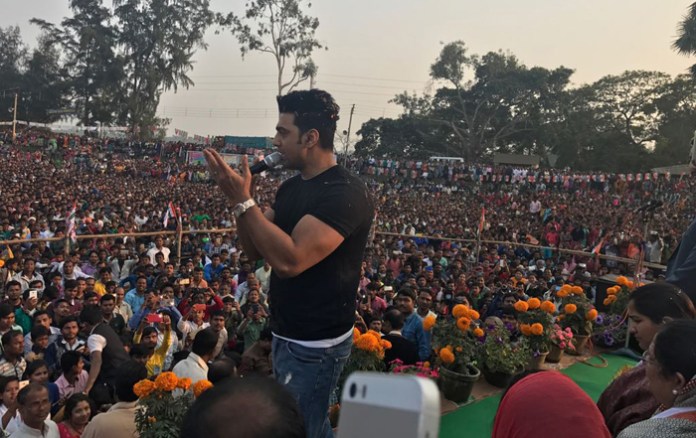 Kolkata: Famed Tollywood actor and two-time Member of Parliament (MP) Deepak Adhikari, or Dev as he is popularly known, responded to the summons of the Central Bureau of Investigation (CBI) that was issued to him by appearing before the federal agency’s investigating officials at its Nizam Palace office in South Kolkata on Tuesday. The CBI’s anti-corruption wing had issued the notice of summons for the Trinamool Congress (TMC) MP from Ghatal on February 9, with the purpose of questioning him in connection to its probe into a large-scale cattle smuggling/trafficking racket. Several people from West Bengal with alleged links to the racket have already been grilled and/or detained by the CBI.

According to sources, Dev’s name allegedly surfaced multiple times in conjunction with the case during the agency’s interrogations of the other accused members of the racket, such as Bikash Mishra, Binay Mishra, and Enamul Haque. Sources said that in the course of the investigation, the CBI has also seized a diary in which several names, including that of the actor-turned-politician, were discovered.

The TMC MP arrived at around 10.50 a.m. at the CBI’s Nizam Palace office. Sources said that he was then taken to the fifteenth floor, where investigating officials had prepared a questionnaire related to the case for him.

Meanwhile, the CBI has issued a fresh notice of summons for the TMC’s Birbhum district president Anubrata Mandal, who was also scheduled to appear in relation to his alleged involvement in the case before the agency’s investigating team on Tuesday. He skipped the hearing citing personal reasons.

Mandal’s lawyers arrived at the CBI’s office instead, and requested another eight weeks’ time before the hearing. They claimed that Mandal had health-related complications and several urgent pre-occupations. The CBI’s new date of summons for Mandal, however, is February 25.