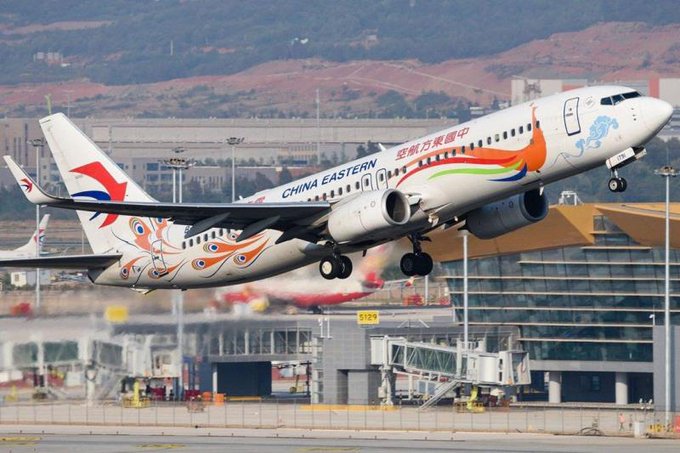 Beijing: Rescuers have said that they have found no survivors from the scattered wreckage of a China Eastern plane, which was carrying 132 people, that had crashed on Monday in a forested mountainous area in what has been described as China’s worst air disaster in a decade, Khaleej Times reported on Tuesday.

The Boeing 737-800 crashed near the city of Wuzhou in the Guangxi region while flying from Kunming in the southwestern province of Yunnan to the industrial centre of Guangzhou along the east coast.

China Eastern Flight 5735 was travelling at around 29,000 feet when it entered a steep and fast dive around 2:20 pm local time, according to data from flight-tracking website FlightRadar24.com.

The plane plunged to 7,400 feet before briefly regaining about 1,200 feel in altitude, then dived again. The plane stopped transmitting data 96 seconds after starting to fall.

There were 123 passengers and nine crew members on board the plane, the Civil Aviation Administration of China said.

An hour into the flight, and nearing the point at which it would begin descending into Guangzhou, the plane lost altitude drastically. Reports said that all 737-800s in China Eastern’s fleet were ordered grounded.

However, aviation experts said it is unusual to ground an entire fleet of planes unless there is evidence of a problem with the model.

China has more 737-800s than any other country and if identical planes at other Chinese airlines are grounded, it “could have a significant impact on domestic travel,” said aviation consultant IBA.

In New Delhi, Prime Minister Narendra Modi on Monday expressed shock over the crash. In a tweet, he wrote: “Deeply shocked and saddened to learn about the crash of the passenger flight MU5735 with 132 on board in China’s Guangxi. Our thoughts and prayers are with the victims of the crash and their family members.”

The airline has deeply mourned the loss of passengers and crew, without specifying how many people had been killed.