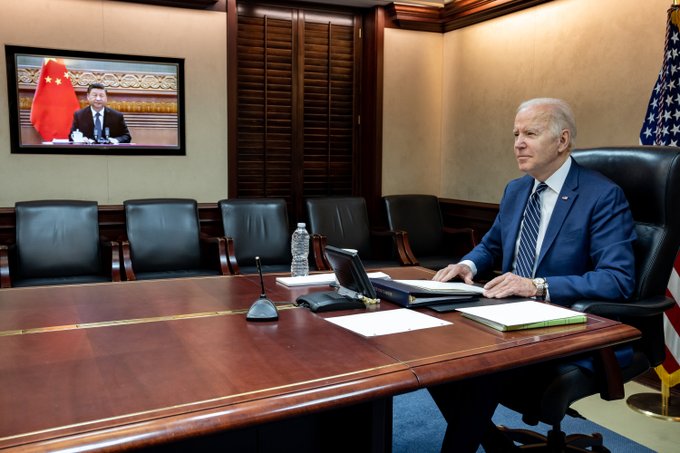 Beijing: Chinese leader Xi Jinping on Friday called US President Joe Biden and said war is “in no one’s interest” amid the Russian invasion of Ukraine which has resulted in a huge global crisis.

According to reports, the US president aimed to pressurise Beijing into joining Western condemnation of Russia’s invasion of Ukraine.

State broadcaster CCTV reported Xi Jinping as saying during the call that the “conflict and confrontation” was “not in anyone’s interest”, and that “state-to-state relations cannot go to the stage of military hostilities.”

China and the United States should “shoulder international responsibilities,” Xi Jinping was quoted as saying.

He reportedly said, “peace and security are the most valued treasures of the international community.”

According to the White House, Biden pointed out consequences China could face from the US if they decided to provide economic or military assistance to Russia. There was no indication he got any assurance in return.

“China has to make a decision for themselves, about where they want to stand and how they want the history books to look at them and view their actions,” White House press secretary Jen Psaki said.

She declined to detail possible consequences Mr Biden specified to the Chinese president if his country provides support for the Russian invasion.

But a senior administration official who briefed reporters following the leaders’ call said that Mr Biden pointed to the economic isolation that Russia has faced — including economy-battering sanctions and major Western corporations suspending operations — as he sought to underscore the costs that China might suffer.

China, however, did not condemn Russia’s actions, or outline any further steps it would take against Russia.

Xi told Biden that the “Ukraine crisis is not something we want to see… Countries should not come to the point of meeting on the battlefield,” according to a part of the call that was tweeted by Chinese Foreign Ministry spokesperson Hua Chunying.

The readout also said that Xi told Biden that the “mishandling” of the Taiwan issue could disrupt bilateral ties.

“President Xi pointed out some in the US have sent a wrong signal to ‘Taiwan independence’ forces, which is very dangerous,” Ms. Hua said on Twitter, adding that while the US and China would continue to have differences, it was important to bridge these.