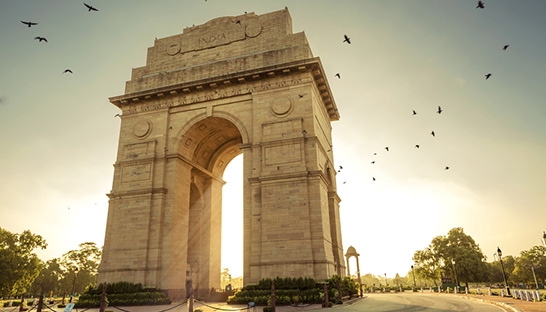 Various citizen groups from Delhi unveil the “People’s Manifesto for Clean Air”, to be considered by all major political parties of Delhi for upcoming state elections. The People’s Manifesto was unveiled with key representatives from political parties such as the Aam Aadmi Party (AAP), Bhartiya Janta Party (BJP), Congress and by the President of the Resident Welfare Association (RWA), in an event organized at the India International Center, New Delhi. The People’s Manifesto for Clean Air has been compiled after a series of consultations and discussion with various groups working on environmental issues in Delhi.

The air pollution crisis in New Delhi has moved from being a seasonal and local issue to a regional crisis for the general public. With 80 people dying every day due to pollution from particulate matter, Delhi’s air pollution is a public health emergency. Despite increasing media attention, medical reports and growing citizen concern, air pollution has yet to penetrate the framework of Delhi’s policy structure. The 2020 Delhi state elections are a critical opportunity for the people of Delhi to learn from these political parties about what their intentions and commitments are, for improving the air quality in Delhi.

While speaking at the conference, Mr. Atul Goyal, President of URJA said, “Delhi is looking for strong leadership that can bring in structural reforms and revamp the policies needed to improve the air quality of the city. The people of Delhi expect their leaders to demonstrate leadership and showcase their solutions for the air pollution crisis. While a lot of advancements have been made over the last few years, the severe air quality remains a crucial issue.” He concluded by saying “Certainly, the politician who can deliver ‘clean air now’, will hold sway with voters in the coming elections.

The manifesto presents solutions for addressing the city’s air pollution crisis, through improved public transport, better waste management, increased renewable energy and inter-state cooperation, amongst other solutions. It includes specific goals that residents would like to see in the next five years, like 15,000 buses on the roads by 2025; 100% doorstep collection of waste, and most critically, a 65% reduction in air pollution by 2025 to meet national standards.

Attending the conference, Mr. Jayram Viplav, spokesperson from BJP; Ms. Szarita Laitphlang, spokesperson from Congress; and Mr. Ganendra Bhardwaj, spokesperson of AAP, demonstrated their support for the People Manifesto for Clean Air as a guiding tool for their party’s manifestos. The parties will be working with citizens groups to improve the air quality in Delhi.

The Manifesto has a special place in the elections: it gives political parties a platform to respond to their constituents, about the issues that are important to citizens and the issues which they are contesting on. The People’s Manifesto for Clean Air is a joint attempt by citizen groups to compile their solutions for Delhi’s air pollution and to demand that the political parties competing to represent them in the next Delhi government include these solutions in their priorities.