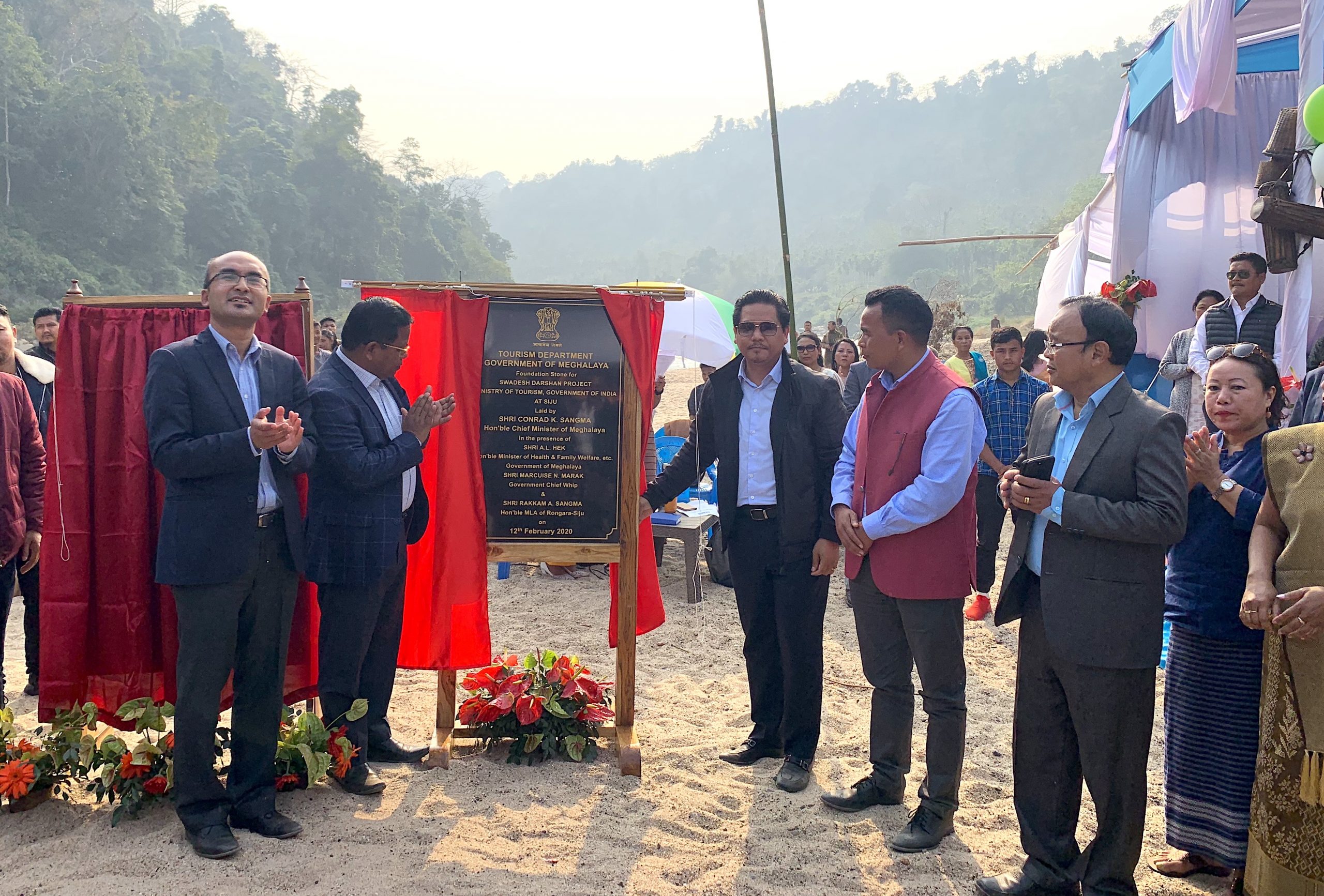 Meghalaya Chief Minister Conrad K. Sangma today laid the foundation for tourism infrastructure development project at Siju in South Garo Hills, one of the rich biodiversity hotspot in the State.

The project is estimated at about 9 cr and is funded by the Ministry of Tourism, Government of India under its scheme — Swadesh Darshan.

Siju is known for its famed cave locally known as Dobakkol or the bat cave with impressive stalagmites and stalactites. It is one of the longest cave in the Indian Sub-continent and contains some of the finest river passages to be found anywhere in the world.

Laying the foundation for the ambitious project that would upscale the tourism potential of the region, the Chief Minister said, “It is an endeavour of the government to promote tourism in the State and government is putting its trust in an area that has the potential to attract visitors.”

Talking about the beauty of Siju and its rich resources that can draw tourist, the Chief Minister said that the government is rolling out marketing and branding of different tourist spots of the State that is aimed to attract tourist.

Chief Minister also inaugurated the Tourist Lodge at Siju that was funded by North Eastern Council (NEC), Ministry of DoNER. The lodge has 13 rooms to accommodate visitors.

“The identified tourist spots will be given a facelift under the Swadesh Darshan scheme. We are confident that the true potential of our destination will be realised and the visitors will be able to experience Meghalaya in its best,” the Chief Minister added.