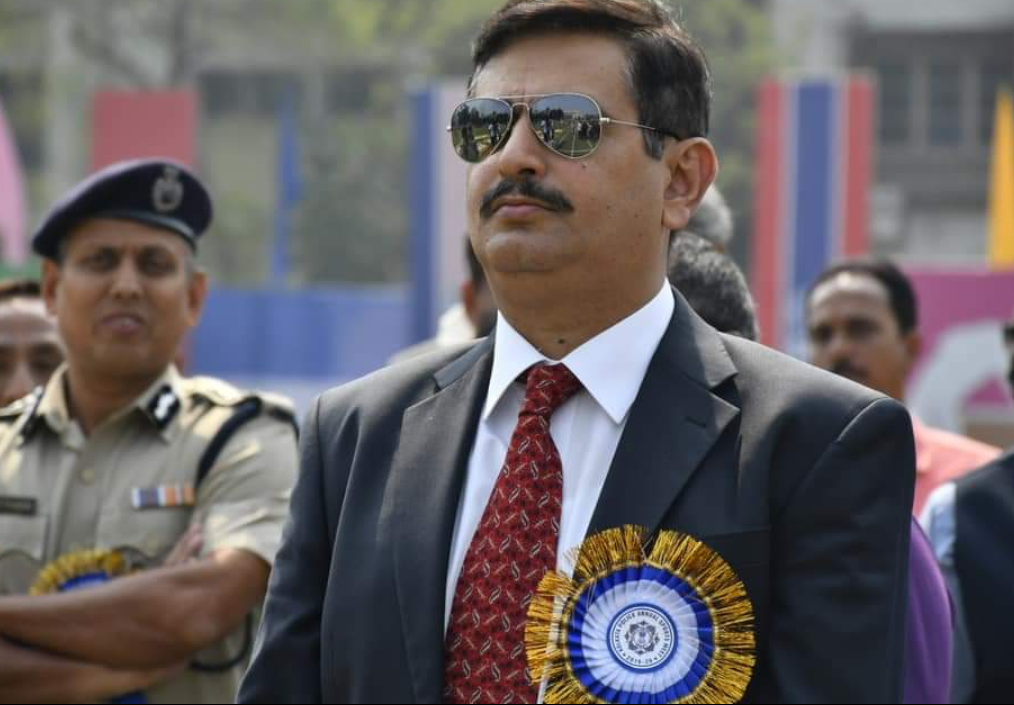 The Kolkata Police have always had the most prestigious position in people’s hearts and minds, not just because of their undaunted efforts and sustained excellence, but also because of their rigorous commitment to the citizens and reaching out to them to serve them better every day. At such a juncture, the Kolkata Police have come forward towards establishing not just a cleaner state but also ensure a greener state. In this regard, Commissioner of Police IPS Anuj Sharma talks about the various facets of Green Governance along with other responsibilities that Kolkata Police have taken up to join hands to make the City of Joy beautiful:

The Kolkata Police have been recently engaged in a lot of activities apart from looking after the core areas of policing. Our priority concern and the main focus are always on the safety and security of the people. “We are trying to establish police visibility everywhere and simultaneously we are ensuring that the force is everywhere so that during any emergency there is proper action. This is mainly done for detection and prevention of crimes. A lot of steps are being taken to curb incidents of crime and accidents on the road. The heavy penalty is charged in case of rash driving and helmet-less driving. Apart from this, night patrolling on the streets is being done with a lot of zeal because we feel night time protection is very important. Apart from this, we have a specific programme for the safety and security of women called “Respect Women”, under which we have the Winners Team where we have deployed women scooty bike riders who oversee patrolling and address heinous crimes.

The “Bandhu App” by the Kolkata Police gained a lot of popularity among citizens. Anybody anywhere in crisis can resort to the panic button on the app and call for help. Mobile patrol vans have already started going around the city. A lot of two-wheelers have been distributed to several ‘thanas’ and proper training is being imparted to women so that they can make good use of the motorbikes. The Lady Commando Team is worth mentioning because our main motto is to form a women-friendly police team, something for which the city and the country will be proud of.

As far as the Green City Mission is concerned, we are doing our part to ensure a cleaner and greener environment. The Kolkata Police have already visited nearby houses for plantation of trees and saplings. Adequate beautification in and around the police station is regularly done to ensure that greenery is maintained. I think, the credit definitely goes to the state government and Chief Minister Mamata Banerjee for taking up the Green City Mission to arrange for all possible means to enhance the beauty of Kolkata and to turn it into a greener city, and we all have joined hand hands towards it. Numerous trees have been planted, which have been given exclusively by the Forest Department to us.

Taking a step further, we have introduced machines which readily convert all waste materials into manure in different housing societies. So, all types of recycling are done to reuse waste, which is good for the environment. Such machines have already been installed in Body Guard Lines; the housing is there on 3 Battalions and also in some Police Housing blocks, where families of cops are residing. Based on the success of its implementation, we will be installing it in other police housings too. So, these are a few of the eco-friendly steps that we have already taken.

Another type of pollution is the honking of vehicles. When we talk about pollution, we not only discuss outdoor and indoor pollution. But sound pollution which is increasing alarmingly in the city also needs attention. “To bring the situation under control, a couple of days back the Kolkata Police have come up “No Honking Campaign” to reduce blasting horns on the streets. People must be made aware of the adverse effects of sound pollution and its impact. We are trying to engage school students but since the campaign lasts for two hours, it is difficult to bring out any changes within a stipulated time. However, we are trying to bring about changes and focus on these issues. This will take time but changes will be visible soon.” In fact, last year, the Kolkata Police received a lot of feedback that the Durga Puja traffic management was smooth and hassle-free. This shows that the overall condition is gradually improving and the Kolkata Police are taking adequate efforts to turn the city into a cleaner, greener and safer one.

From the perspective of road safety measures, we have the “Safe Drive, Save Life” campaign, which was nurtured by our Chief Minister in 2016, which was an immensely successful and one of the most promising campaigns in the city. We have noticed a significant reduction and a steady decline in the number of deaths over the last couple of years.

An ardent music lover and a Post Graduate student from Lucknow University, Commissioner of Police Anuj Sharma has proudly served the state for 28 long years since 1991. “Coming from a family of bureaucrats and since my father has been an IPS too, somewhere deep down I developed a passion for this too. In the initial 28 years of my journey, work has taken me to several places, including North Bengal and the western parts of the state, such as Purba Midnapur and Dinajpur where I have remained the SP. In 2003, I was the DC in Kolkata Police (South) and DC (Headquarters).