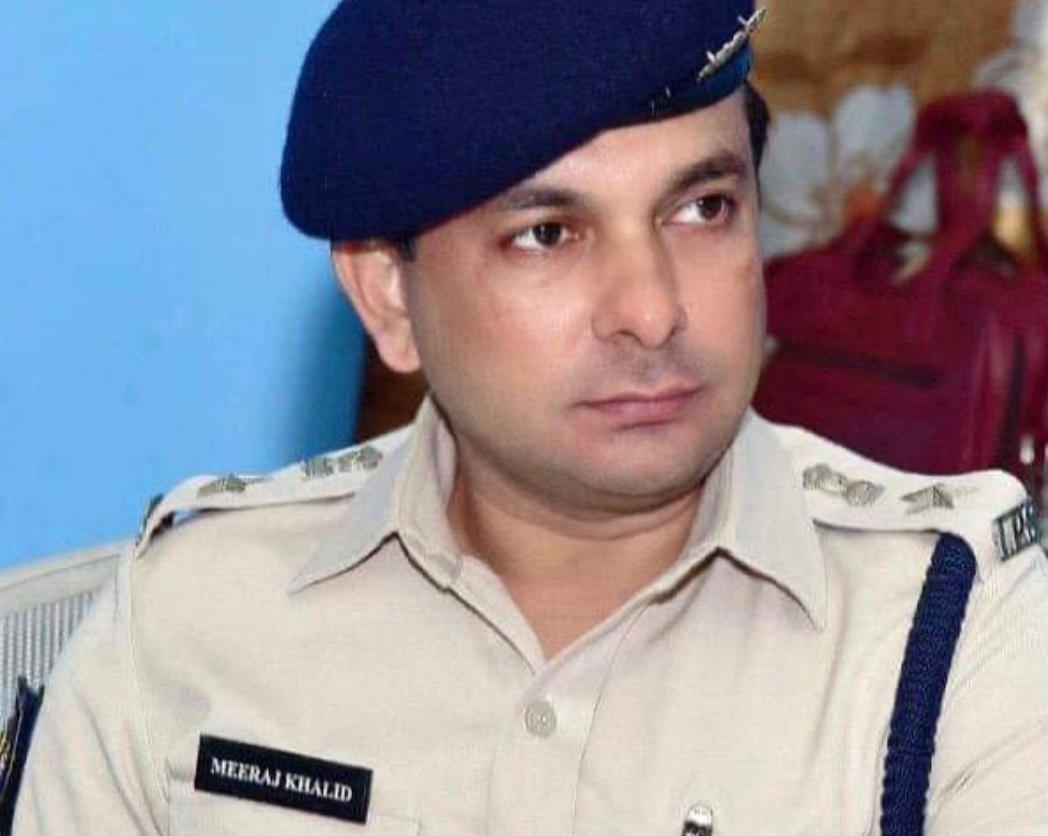 Meeraj Khalid, Deputy Commissioner of Kolkata Police (South Division), discusses how inclusive policing helped his men achieve huge success in enforcing the lockdown, created a different bond between the cops and the general public, how regular vigil and inspections in combating the pandemic have kept all of them on their toes and much more. Excerpts:

1) Policing across India has been redefined during the lockdown. The cop-community relationship scaled new heights. Do you think this crisis has put men and women in khaki in a position of advantage?

A: Calling it ‘position of advantage’ would be similar to suggesting that there has been an everlasting conflict between the police and society which is not true. But I must say that the perception about police has definitely undergone a positive change. The nature of the job that the personnel have to perform is innately susceptible to forming a negative image. They have to implement and enforce laws which have been made for social good or those that guarantee individual liberty. Enforcement of such laws may sometimes antagonise the individual or society as a whole.

Lockdown posed a situation where the movement of people had to be kept restricted to prevent the contagion. Police remained in the frontline as it had the responsibility of implementing the protocol. We ran awareness campaigns against the pandemic, told people to remain indoors through public announcements, social media, electronic and print media. Enforcement of the lockdown had to be done mostly through persuasive measures using minimal force. We were successful in convincing people by being more responsive, being available 24×7, providing all sorts of help, including arranging ambulances for those in need, ensuring the supply of essential things, arranging and distributing free food and groceries to the poor and needy, home delivery of medicines, grocery and other essential items to the elderly. We ensured that no one goes hungry with even the stray animals being looked after. All this definitely created a positive image of men and women in khaki and people were appreciative of the police’s prompt response.

2) What according to you is inclusive policing? Why is it important when it comes to blanketing policy implementation such as the lockdown?

A: Inclusive policing means all sections of society should identify with the police and the cops shouldn’t appear alien to any segment. People are more naturally prone to trust someone with whom they share something in common. We can very well call it democratic policing. In recent years, the focus has been on community policing which is an effort to implement the policies and address the problems by reaching out to people from all walks of life and include them in the process. Inclusive policing expands the outreach and makes the job easier in diverse societies like that of ours.

It also comes in handy in blanketing implementation of such policies like the lockdown, especially in societies where there are enormous cultural variations. Reaching different sections of society through someone with whom they share something common yields more fruitful results. For instance, reaching out to communities through religious and community leaders gave fruitful results in convincing them that religious places should be closed for the public as it’s necessary to check the spike in Coronavirus cases. Inclusive policing actually softens the impact of enforcement of policies.

3) Policing is teamwork. As a leader, how have you motivated your team during this crisis?

A: Policing has always been about teamwork and we couldn’t have succeeded in peaceful implementation of the lockdown if every officer hadn’t toiled hard. During the crisis, the challenge was not only to keep people indoors but also provide all sorts of necessary help which they would require during the normal course of life. Police, being at the forefront, had to shoulder numerous responsibilities and it had to be responsive. Our officers and forces had to be available round-the-clock. All the senior officers used to visit the area regularly to take stock of the situation. I visited my teams working on the field very frequently, sometimes stood at the checking points, patrolled the lanes and bylanes with them as well. We had to take care of our staff also so that they do not get exposed to the infection and masks, sanitisers, PPE kits, gloves etc had to be made available to them regularly. I also had to check if they were using the protective gears properly.

4) As a young officer, you have dealt with multiple challenges. You have successfully managed the Jangalmahal, once plagued by Maoists. Now, you are a part of the sleek, elite urban police force. What are the basic differences that you have identified in urban and rural policing?

A: Working in the Jangalmahal area in those times when Maoist insurgency was at its peak is entirely different from being in a cosmopolitan city like Kolkata. In the Maoist-infested areas, we had to deal with law and order problems emerging out of socio-economic imbalances exploited by vested interests. There, we remained mainly preoccupied in intelligence collection and anti-Maoist operations.

In cosmopolitan cities, society is multi-layered and complex. As people from different places converge in the cities, society here is culturally, socially and linguistically very diverse. Sometimes, there is a conflict of perceived interest among such diverse groups and urban policing is about resolving them. Use of force is not always the option available; strategies like dialogue initiation, persuasions through community leaders etc are used more often. As the cities are densely populated and any rumour or information can spread with lightning speed, people can assemble very quickly over any issue leaving very little time for response. In a matter of hours, any small issue can take an alarming magnitude if not handled swiftly.

5) You are extremely active on social media. How is the digital footprint helping in your day-to-day policing activities?

A: I have been connected to social media since my college days. Nowadays, it is running parallel with mainstream media and in fact, has accrued more significance. I think being connected to social media keeps you updated not only about facts, information, misinformation but also how these facts are being interpreted by society as a whole and what opinion they are generating.

Social media helps us in getting the informal feedback of society as sometimes you get suggestions, sometimes criticism. You must have seen that the presence of police on social media has increased over time and it’s because it provides a platform to place your point of view. People get to know the other side of the story which might have escaped the focus of the mainstream media for whatever reasons. Social media platforms like Facebook, Twitter etc allow us to interact with people which is good.

6) Every year hundreds of aspirants prepare to join the most coveted service in India. But only a few excel. What are the few things that make the difference between success and failure when you are competing with some of the best minds in the country?

A: I think, as far as knowledge is concerned, most of the serious and sincere aspirants are at approximately the same level. The difference lies in attitude. A positive attitude is must; one should be mentally disposed to take up the challenges head-on with optimism that keeps you fastened to your cherished goal. And of course, the novelty of ideas is of utmost importance. And as Albert Einstein said, “Imagination is more important than knowledge”.

7) Every IPS has his or her own story to tell. What is yours? Was becoming an IPS an obvious choice or an accident?

A: It was decided quite early that I have to join the Civil Services and I never thought of doing anything else. It was my father’s wish. My father passed away when I was very young to think about these things but I always used to hear from my mother about his wishes and somehow my mind got conditioned to this. I did my schooling from Ghaziabad and Delhi. Initially, I was a science student but literature attracted me during the formative years. I did my Graduation and Post-Graduation in English Literature from Allahabad University. I did my preparations for the UPSC CSE in Allahabad and got selected in 2007.

8) Talk us through your own experiences and tell us how has the uniform transformed you as a person?

A: Police Service exposes one to a very varied kind of experiences. It puts you in a position where you can see multiple dimensions of a story. Those who wish to join this service should be mentally prepared to meet new challenges daily. A bit of self-confidence, positive attitude and rationality are required to get over any challenge that life may throw at you.