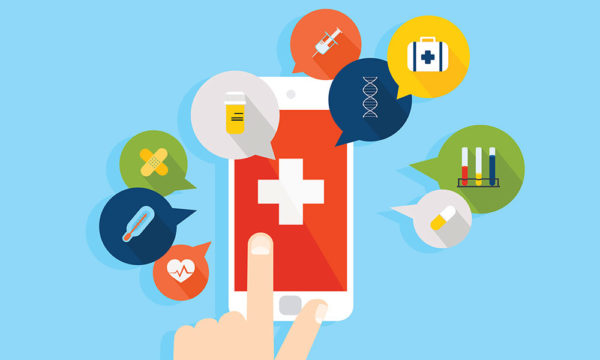 Digital healthcare, and using an App to seek medical advice and treatment, is rapidly gaining momentum in India, triggered by the health related concerns and social distancing restrictions caused by the COVID-19 pandemic, according to a research study conducted by Kantar, and commissioned by Medix Global.

Taken from a cross-section of the Indian population’s health insurance policy holders, over 90 per cent of the respondents claimed that the pandemic made them more likely to use digital health apps and tele-consultations in the future. When asked what the ‘must-have’ features for a digital app were, the top three features the respondents said they would definitely use on a digital health application were:  1. a video call with a dedicated doctor/nurse (66 per cent); 2. Assessing blood test results (65 per cent); 3. and uploading, managing and sharing medical records (62 per cent).

“Two in three Indians have been using digital health apps and 88 per cent of non-users are likely to use them in the future. That is a clear stamp of approval for digital health, and the future of healthcare,” said Ms. Sigal Atzmon, Founder & CEO, Medix Global. “With the rise of remote and digitally enhanced care, people are more open to trying new technologies. They want faster, safer and more affordable access to health services from the comfort of their own homes,” she added.

According to the study, three in five Indians are already using tele-consultation, while 93 per cent of non-participants will likely use it in the future.

With respect to the sentiment on digital healthcare, the survey discovered:

“The survey found that COVID-19 has had a significant impact on Indians’ view towards digital health apps and tele-consultations. There is enormous demand for digital healthcare services and the pandemic represents a significant inflection point in the healthcare industry, and the need to prioritise digitisation,” added Atzmon.

More than 50 per cent Indians are worried about themselves or family members being diagnosed with cardiovascular diseases, respiratory diseases or diabetes in the future. As a result, 82 per cent of the respondents have undergone regular check-ups for prevention and early detection of such diseases.

The study focuses on the insights of 1,000 Indian health insurance policy holders, aged between 30 to 59 years, during June 2021. The survey reflects their current sentiment, changing perceptions, and future outlook towards health concerns, available health care services and the increasing interest in digitized healthcare.

The results show that a majority (69 per cent) of the respondents were more satisfied with the India’s private health system than they are with the public health system (57 per cent). As areas that were in need of improvement, they highlighted the quality and transparency of the medical system and affordability of treatment. The majority polled (93 per cent) said they were strongly interested in a multi-disciplinary approach and personal case management services.

Eight in ten Indians believe that information about preventing diseases, provided by a general practitioner is sufficient. However, the study found that asking friends and family for recommendations on choosing a specialist was as important as consulting the general practitioner.

More than 80 per cent expressed confidence in a specialist’s explanation when understanding a condition, diagnosis or treatment, and almost 90 per cent said they felt comfortable speaking privately with specialists. The study also found that, of the 31 per cent of respondents who were previously diagnosed with a serious medical condition, 92 per cent of them sought a second opinion. Of those not diagnosed with a serious medical condition, a significantly higher proportion (93 per cent) said they would seek a second medical opinion in the future. Among those not diagnosed, a significantly higher number (93 per cent) said that they would seek second medical opinion in the future.

Commissioned by Medix Global, the Medix Medical Monitor Research survey was conducted by Kantar, a leading multinational market research firm, between June 7th to 25th 2021 and surveyed a cross-section of communities from Thailand, Hong Kong, Singapore, Malaysia, Indonesia, Vietnam, India, and Australia. The research covered consumers’ awareness of, and behaviour towards, health issues, cancer and interest in digitized healthcare. Medix is using these results to understand key health trends in these markets and to gauge interest in its key service offerings.