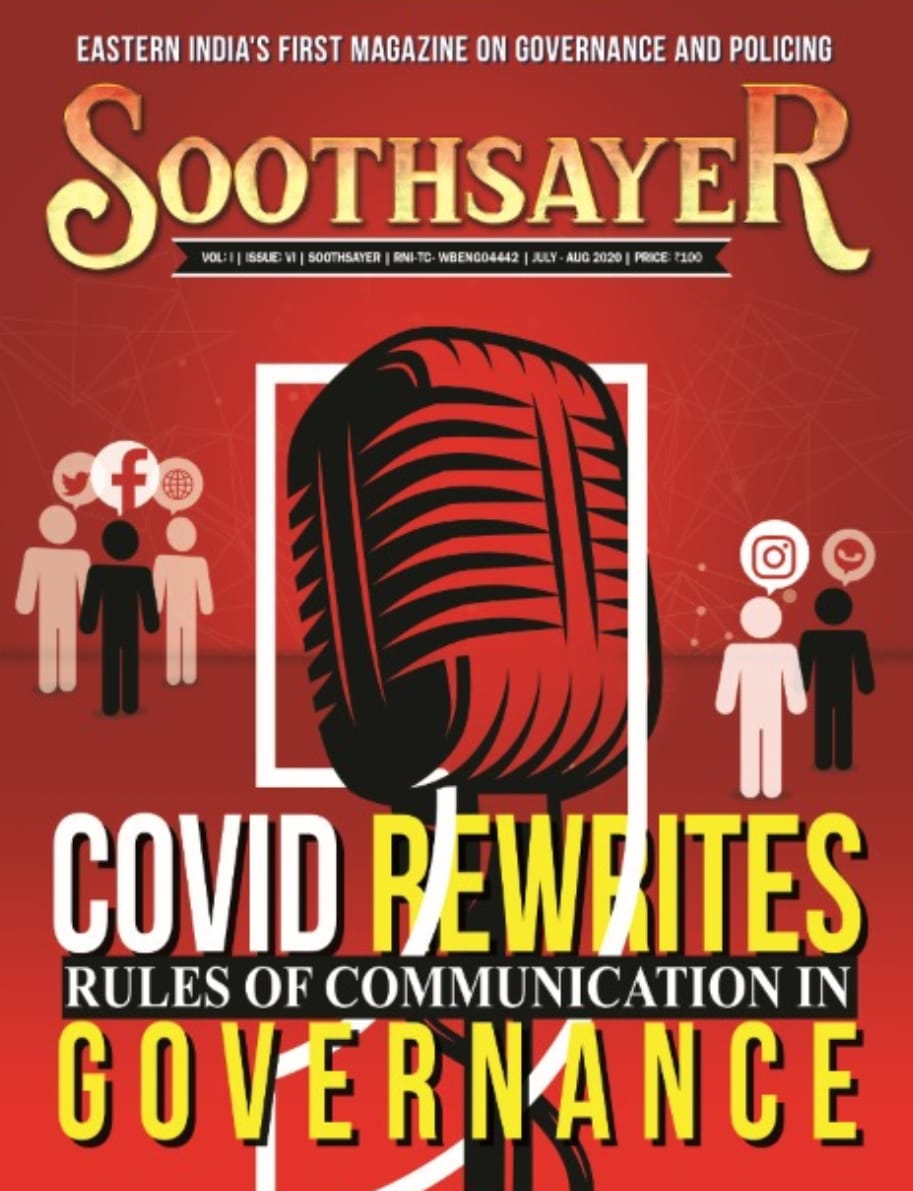 As the pandemic continues to take its toll on the economy and the wider world, administrative agencies have been forced to change their day-to-day communication at all levels; marking a sea change in the longstanding relationship between those who govern and the governed

Crux and credibility of communication lie in precision and indisputable content unless otherwise is intended. It is much more pronounced during natural or man-made calamities when governments often try to cope with desperate situations while transmitting mixed signals, not so correct or adequate information, or simply wishes to misinform in order to avoid public outcry. But those would-be short-term fixes and solutions may prove costly especially in democracies where the Press is supposed to be free to convey the correct message without any dilution or distortion.

In this age of information where 24×7 TV channels have mushroomed and are vying for news, speed has acquired salience over essence. Electronic and social media have taken over our lives with smartphones becoming virtually an appendage of sorts for each one of us.

Covid has emerged as the biggest disruptor of this century, catching the mightiest to the weakest by surprise. Many governments refused to recognise the intensity and repercussions and failed to communicate effectively with citizens, thus creating a lot of confusion and hopelessness. They were not even adequately prepared to provide the basic infrastructure as has been witnessed across the world. Several leaders like President Donald Trump or for that matter Brazil’s Jair Messias Bolsonaro refused to acknowledge that the virus was going out of hand. While countries like Taiwan, New Zealand and Germany have done well in addressing the pandemic, others, including an African leader commented that his country had no Covid cases simply because there were no testing kits. Hence, messages coming out of official sources were half-truths, to say the least and we saw an exponential increase in infections and avoidable deaths, therefore. Could this be called fake news then or was it manipulation of information?

Science, defined by precision, must take precedence over political expediency. Suppression of information cannot prepare the citizenry to confront the pandemic head-on. People have implicit faith in their governments and depend on them for their safety and security and expect them to be honest.

In India, the infection rate and deaths are low compared to the world scenario. But we too were not prepared. Due to appropriate messaging and a recurrent fear, people have followed Covid protocols but due to a certain lack of foresight on part of policy-makers and managers on the ground, the country had to go through a mass migration that could be avoided with better planning. However, Prime Minister Narendra Modi’s communication has been quite upfront, direct and people-centric, hence generating positive results.

Another laudable objective of India has been the way it has communicated to the world through its Covid diplomacy in tandem with “Vasudhaiva Kutumbakam” (the whole world is one family) philosophy by helping 150 countries with essentials. It is also working towards equitable distribution of vaccine for global good.

In a country like India, initiatives of the Centre and state governments have had a huge role to play in the general well-being of its citizens. Just as make-or-break policies are important during such times of crisis, so is its implementation. Several aspects of administration have witnessed upheavals, including the role of bureaucrats and the police. With states coming up with tailor-made measures to tackle Covid in their own areas, the country as a whole has witnessed a lot of inspirational leads.

In Bengal, the Mamata Banerjee government announced a number of initiatives for containment of the pandemic, including a new patient management system and appointment of doctors through walk-in interviews. The state has also managed to make details of every patient available on the health department website.

The state has adopted a multi-pronged approach rather than functioning out of a singular model, constantly changing and innovating measures depending on the requirement of a region or district. With Chief Minister Mamata Banerjee herself visiting prominent marketplaces since the inception of the pandemic, interacting with shopkeepers and customers alike, drawing out circles to maintain physical distance, participating in outings to make people aware of Covid protocols to setting up ‘Duare Sarkar’ (government at doorsteps) programme, Bengal has witnessed sea change in governance during Covid times.

Tools of communication have undergone radical alterations with the invention of the Internet, essentially devised for confidential communication at the Pentagon. Messengers to pigeons have been used for communication. In modern times, diplomatic bags, couriers and their sanctity and protection became an integral part of the discourse under various international conventions.

In 1990, while on a diplomatic assignment to Mongolia, there was no telex or a fax connection. We would cut a tape and take it to the Post Office and the telegram was sent that sometimes turned out wobbly. In the embassy, computers were still not in vogue.

Eventually, the Internet came and so did the information revolution. Diplomats must compete today with the likes of

as the breaking story makes their time for analysis rather short. Moreover, having a secured communication network for official exchanges remains a priority and major concern in this age of cybersecurity.

As diplomats, we face peculiar situations and biased media narratives abroad. On arrival in war-torn Tripoli after Colonel Gaddafi was killed, there was a negative narrative against India facilitated by the West with vested interests as we had abstained from the UNSC resolution that made the NATO invasion possible. It was projected as if India preferred Gaddafi’s rule over change and revolution which was far from the truth. But Libyans actually believed it. Hence, my basic role involved correcting this public misconception.

Social media is a reality and President Trump even preferred Twiplomacy (Twitter diplomacy) to conventional modes of diplomatic communication. Today, leaders are being judged by the number of social media followers they have, often rendering unquestionable authority to their utterances and opinions.

However, trolls and fake news have also become equally powerful and the truth could be a casualty in this entire exercise, fostering a combative narrative at the expense of citizens’ rights and welfare. It is thus imperative that in democracy, the Executive and the media be honest and adhere to the principles of truth, equity and justice to guard against the undermining intent by a handful.

(Anil Trigunayat is a former Indian Ambassador to Jordan, Libya and Malta and is also a Distinguished Fellow, VIF).