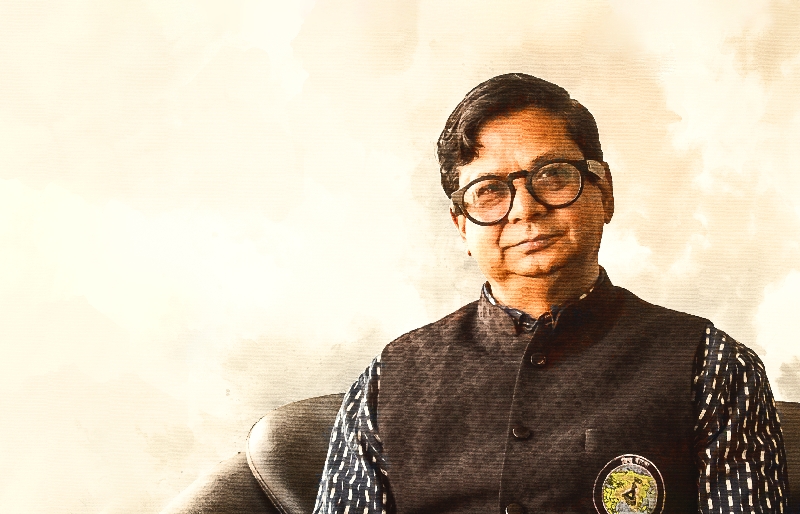 The future has a new address in Bengal and leading the charge is New Town, Kolkata’s latest satellite city. Located east of Kolkata, this planned metropolis is being developed as a technology-driven, smart city, which is attracting a young and vibrant populace. But behind the cool and happening vibe is a serious vision — one that is bringing in huge investment opportunities.

At the helm of New Town’s development is Debashis Sen, Chairman-cum-Managing Director, West Bengal Housing Infrastructure Development Corporation (HIDCO). Sen has indeed transformed New Town with many new and innovative initiatives. In an interview to Soothsayer, he shares his exciting blueprint for this fast-evolving metropolis. Excerpts:

Small and medium businesses are critical to any economy as they employ a large number of people. That’s why the state government has been actively supporting artisans and businesses that represent these local communities.

According to Sen, providing artisans space to showcase and sell their products will boost their income and stimulate local economies. The answer to this is a handicrafts’ hub in New Town, where fairs and melas can be held.“In Kolkata, the government regularly organises melas, fairs and haats such as Hasta Shilpa Mela and the Kolkata Book Fair, to promote rural artistry. This is a good opportunity for small industries to showcase their work and earn money,” he believes.

Being connected to a city can also help rural folk leverage technology and digital education to their advantage. “The more we increase their exposure, the better they will be able to use technology to enhance their revenue. This is definitely going to change the industrial climate,” says Sen.

IT Parks: Ticket to a better tomorrow

Kolkata may have been a little late to the party but visit the city today and the government’s focus on technology parks is visible everywhere. Under the leadership of Chief Minister Mamata Banerjee, Kolkata now has 17 IT Parks, from Salt Lake to Rajarhat to even places like Darjeeling, Kalimpong and Siliguri. New Town is next.

“Earlier, IT Parks in districts like Murshidabad and Malda were unthinkable but things have changed so much that many IT industries have been set up in these districts as well. Efforts are constantly being made to bring these districts at par with the Metro cities,” says Sen.

He points out that IT Parks have incredible technology like Blockchain, Artificial Intelligence, IOTA and 5G Internet systems, which makes working much easier. Today, infrastructure is loaded with advanced amenities such as centrally air-conditioned rooms, cubicles and high-speed Internet, which creates a user-friendly environment to work in. This has revolutionised the way corporates operate. Co-working hubs, for instance, is one such innovation.

“New Town is indeed a smart city where we have Blockchain PoCs, which ensures feasibility in any field such as communication, energy and healthcare. Using this technology based in New Town for the first time, Kolkata is now issuing birth certificates,” reveals Sen.

Futuristic infrastructure has also brought major brands in various fields to New Town, such as quality education institutions like Techno India, Sister Nivedita University, St Xavier’s University and University of Engineering and Management. The Sankara Nethralaya, Ohio Hospital and many other hospitals and healthcare institutions are also being set up here.

Other major projects that have come up in and around New Town include Eco Park, Mother’s Wax Museum, Misti Hub, Biswa Bangla Convention Centres etc.

Sen points out that Bengal was not impacted by the digital revolution of the ’90s while cities like Pune, Noida and Gurugram wholeheartedly embraced this emerging technology. “A major reason these states are thriving is because of the global partners and investors who set up operations in exclusive zones in those cities even as West Bengal lagged.”

Not any longer. The development of IT Parks in and around Kolkata is bringing more and more investment into Bengal and the business potential of New Town will turbo-charge this process. Sen adds: “More and more business summits, global investments and the concurrent exchange of ideas have taken Bengal a long way.”

A smart city typically is an urban ecosystem where technology and ‘smart solutions’ create all kinds of infrastructure that promotes quality of life. Here is Sen’s vision for New Town: “It is a mini-world where everyone lives in perfect harmony with minimum chaos. It is an inclusive society, where there is ample scope for all demographics, including the elderly and differently-abled, to survive without any difficulty. It strives for balance in an attempt to create a beautiful living.”

Towards this goal, Sen says the state government is partnering with IIT-Kharagpur to transform New Town into a smart-cum-happy city. “The programme will change the face of this satellite city very soon.”

For the development of any new city to be sustainable, it needs excellent civic infrastructure. Among these, solid waste management in keeping with green guidelines is vital. “We are trying to reduce the use of plastic and shift to materials that can be reused. So, ‘reduce, reuse and recycle’ is the motto we follow,” says Sen.

“We have also adopted scientific waste management, which results in minimal waste production and this, in turn, helps waste disposal in a proper manner. Plastic-free markets are advocated in every street and housing area.” Reducing vehicular pollution is also a top priority and, with this in mind, e-buses, e-rickshaws and totos have been introduced across the new satellite city.

For Sen, the success of New Town is more than just the future of one satellite city; it is a model that can be replicated. And that’s why it is close to his heart. “For any city to prosper and be called a smart city, development should start from the core, and that is what New Town has witnessed in the last couple of years. It brings me immense joy to declare that we have excelled in creating a centre of excellence in every aspect — education, health and civic infrastructure, which will make it a happy city over a period of time.”