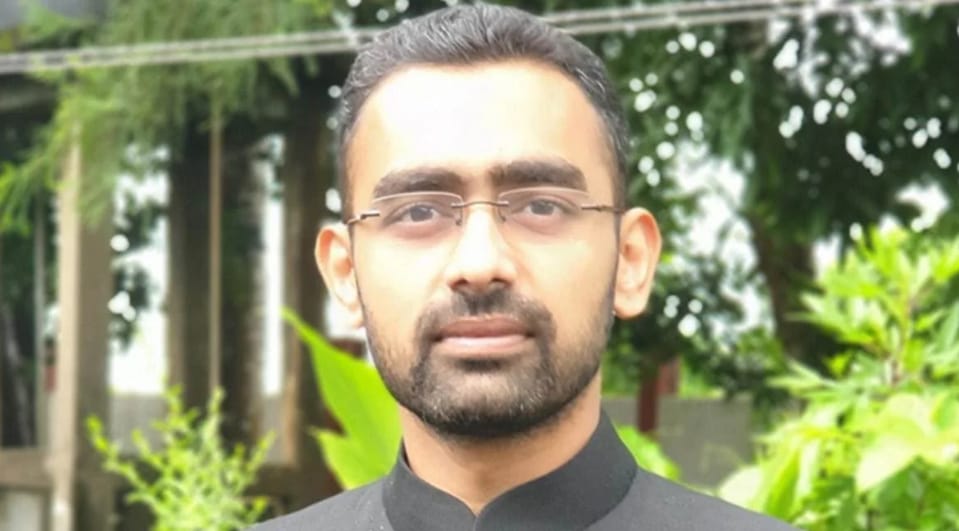 Believing in the concept of education wields the power to bring about social change, 33-year-old Swapnil Tembe, Deputy Commissioner of East Garo Hills district of Meghalaya is working hard towards it in this remote part of Meghalaya.

Taking up a noteworthy journey from being an engineer to the Indian Administrative Service, ultimately becoming the Deputy Commissioner of East Garo Hills, it has been a challenging journey for young Swapnil Tembe, who is known for his remarkable educational reforms that have transformed the scenario of this district.

“Ever since my joining, my main priority has been education since I feel if you educate one generation they tend to take care of themselves as well as the next generation. I am here in a district where a majority of the population consists of tribals and many of the roads were not motorable earlier, the cellular network was intermittent and development indicators remained low. Due to this, some parts of the region remained cut off from the rest of the world. But, one of the most pressing matters of concern was the dismal literacy rate (67 per cent). That is when I decided to launch certain initiatives to improve it.”

Swapnil Tembe came to Meghalaya as a Sub-Divisional Officer of Dadenggre, West Garo Hills, in October 2017 and made his presence felt within a year. He donated his two months’ salary to develop a village school and also conducted a crowd-funding campaign. Ultimately, recognising his contribution, in 2019 he was made the Deputy Commissioner of East Garo Hills. Tembe had that never-give-up-attitude which led him to light up the lives of thousands of students.

“I undertook a series of projects to renovate the schools in the district. One such flagship programme called STAR, which stands for ‘School Transformation by Augmenting Resources’, has already restored over 100 schools. You have to see it to believe it. Here, class 8-class 9 students were not able to introduce themselves in English or do simple mathematics, and the school infrastructure was very poor with high teacher absenteeism and a high students’ drop-out ratio. I thought about the changes that could be brought about with whatever limited resources were there. That’s why I started this project ‘STAR’ which aims in using existing resources in developing education.”

One of the components of this project is ‘Adopt a School’. Stating that education scenario in his district is in a very sorry state, the DC said there were instances where five classes are being held in one dilapidated classroom which has colourless walls.

“Basically, we have requested all our officers to adopt a school, all those from outside also can adopt,” he said, adding “Adopting means either you renovate it or repair it, help teacher or students give them something or check if the syllabus is being completed. Over 20 schools are adopted and over 100 schools have been renovated.”

Apart from this, the district administration is also ensuring that teachers’ training programme and career-counselling at various secondary schools take place. A special component has also been introduced in this district is ‘Super 30’ initiative through which they take the best students in the district and make them even better so that they can compete at the national level.

“We have selected the best 30 students from the district and special training is being given to them along with higher study materials.”

The young IAS officer from Jabalpur in Madhya Pradesh has a B.Tech degree from the Indian Institute of Technology, Kharagpur. He also has a Master’s degree in public administration from IGNOU. Born in Madhya Pradesh’s Jabalpur, Swapnil was brought up in the town of Katni. His father, Purushotham Tembe, was a Mathematics teacher. Swapnil finished his schooling from Kendriya Vidyalaya and later pursued mechanical engineering from IIT-Kharagpur. His dream was to become an IAS officer.

Just when he was about to scale his efforts to crack the Civil Services, Swapnil’s father was diagnosed with a terminal illness and soon passed away. Ultimately, later in his third attempt in 2015, he cracked the Civils and secured an all-India rank of 84. Tembe is presently posted as the Deputy Commission of East Garo Hills district of Meghalaya.

East Garo Hills district of Meghalaya was ravaged by militancy for decades and is one of the most backward districts of the state. There was a time when kidnapping and killing in broad daylight were very common and thus, education took a backseat. But with time and sincere efforts, Tembe has brought about remarkable changes in the area.

The need of the hour is to get all departments thinking about their strategies, mobilise and motivate so that this district sees the light of hope soon