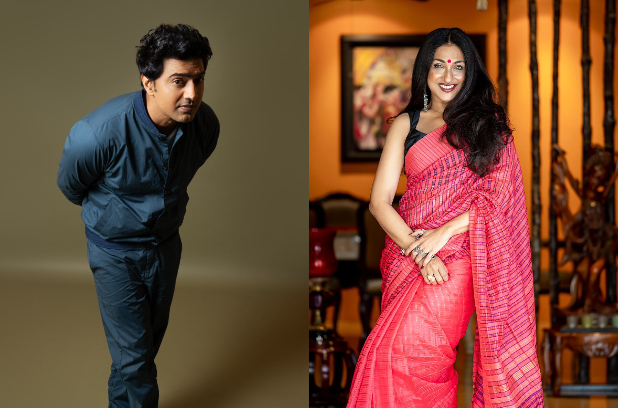 Bengali actor and Trinamool Congress MP Dev had been felicitated with the Mahanayak Uttam Kumar Samman by the West Bengal Government earlier. And now, the Amazon Obhijaan actor adds another feature to his already decorated hat. He would be awarded with Banga Bhushan 2022 on July 25. Joining him on stage would be National Award-winning actress Rituparna Sengupta, who will also be conferred with Banga Bhushan on Monday at a programme held at Nazul Mancha in Kolkata by the Mamata Banerjee government. National Award-winning director Srijit Mukherji will also be awarded with Banga Bhushan 2022.

Meanwhile, on Uttam Kumar’s death anniversary, Mamata Banerjee took to Twitter to remember the icon. “My sincerest tribute to legendary Mahanayak Uttam Kumar on his death anniversary. He was one of the most beloved matinee idols of our country. The icon resides in our hearts even today,” she tweeted.

My sincerest tribute to legendary Mahanayak Uttam Kumar on his death anniversary. He was one of the most beloved matinee idols of our country. The icon resides in our hearts even today.

Three economists also feature in the list of Banga Bibhushan 2022 including two Nobel winners Amartya Sen and Abhijit Vinayak Bandopadhyay. Another economist includes Kaushik Bose. According to sources, Sen will not accept the award. He is presently out of India. Those who can’t be present at Nazul Mancha on Monday can make virtual appearances. Sources say, Sen will not be available on virtual mode too. Though he hasn’t given reasons. Abhijit Vinayak Bandopadhyay headed the Global Advisory Committee formed by the West Bengal government to combat the Covid-19 situation. Kaushik Bose was the former chief economic advisor to the UPA government.

Sarod player Debojyoti Bose will be conferred with Banga Bibhusan award at Nazrul Mancha on Monday.

That’s not all. Mamata Banerjee will confer Banga Bibhushan 2022 awards to three leading football clubs from Bengal — Mohun Bagan, East Bengal and Mohammedan Sporting Club. Letters have been sent to the club authorities about the same.

Proud Moment!
Another feather added to the crown!#MohunBaganAthleticClub to receive the highest Civilian honour-𝘽𝙖𝙣𝙜𝙖 𝘽𝙞𝙗𝙝𝙪𝙨𝙝𝙖𝙣 𝘼𝙬𝙖𝙧𝙙 from the Govt. of WB.
We express our sincere gratitude To our own Didi the Hon'ble Chief Minister.#GloriousPastVibrantFuture pic.twitter.com/5fv29j0j4u