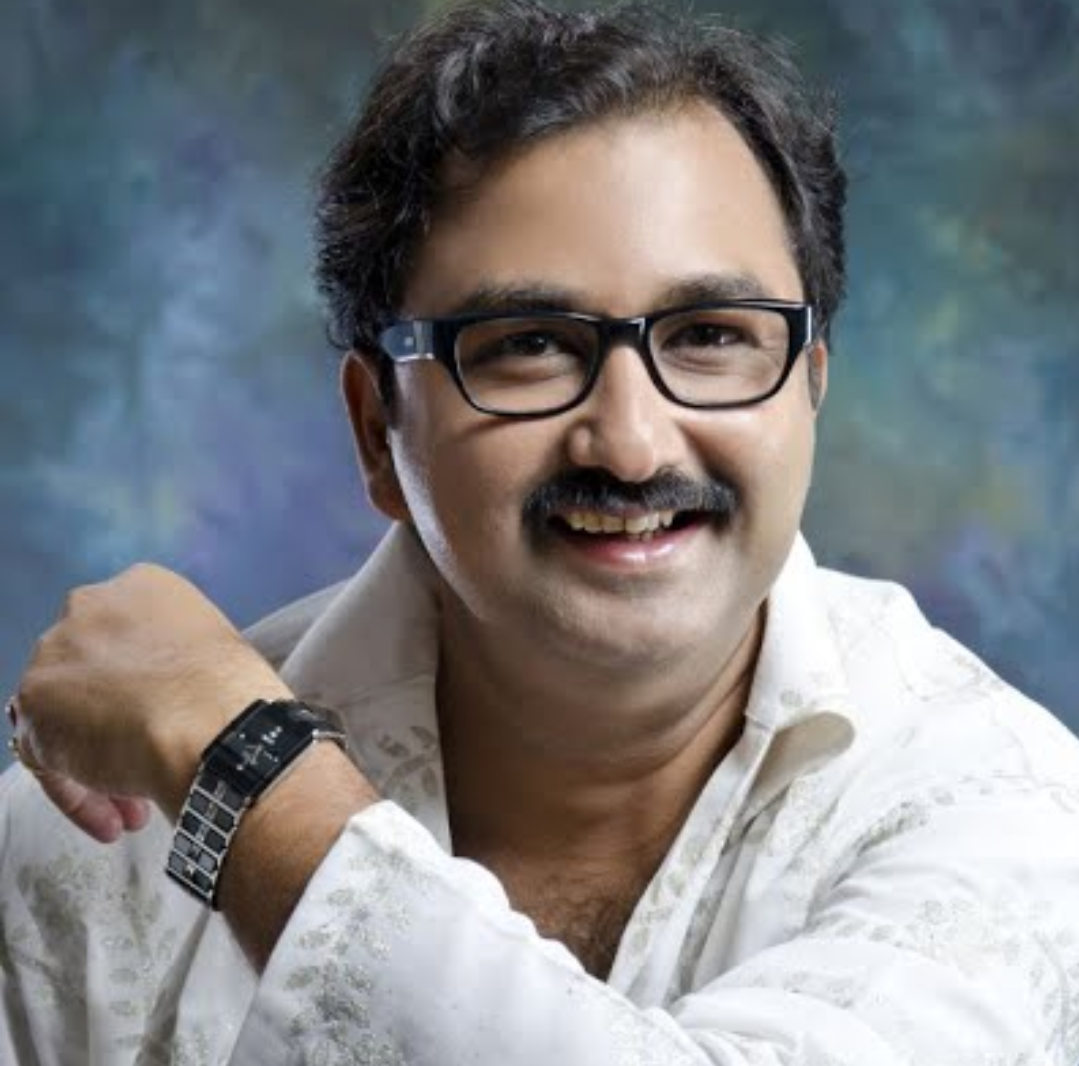 Many know about this versatile music star from West Bengal Santanu Roychoudhury, one of the singers who has been popular in Bengali music. His story, his journey, his vision brought him onto this path of success that he now treads. The Optimist News caught up with the singer.

After completing his M.Com from Calcutta University like many students, I started doing a regular job for more than 3-4 years. But there comes a juncture in your life where you realize that you are made to do something else. That was the time when I started practicing music and my music career started from the time I won the ‘All India Talent Singing Competition’ in the year 1991. The entire world recognized my talent in music.

I started learning a lot of music right from sufi to ghazals to rabindrasangeet. Since then I have been bestowed with several awards as well like Bharat Sarkar Samman, Rajya Sarkar Samman and many more. But after receiving all the awards, I started practicing music in it’s real sense from the roots. Music is an incredible thing and if one can practice it with their heart and soul, there can be nothing like it.

Music is a very in depth topic and it requires years of practice and sessions to get to the depth of it. I feel the era of music was over back in 1970 when we had great film directors such as Satyajit Ray, Ritwik Ghatak, Mrinal Sen, Tapan Sinha and Goutam Ghose. Towards the end like a setting sun, we had some incredible directors like Rituparno Ghosh. Earlier musicians would produce CD’s and cassettes and DVD to showcase their music. Now the advent of digitization has brought about a massive change in our lives.

The digital platform is rising now and we can see that. The concept of CD and cassettes has disappeared and we have entered the field of digitization, where we can reach out to people easily within a fraction of time. We can hear great performances and watch artists perform live through Youtube, which was not possible earlier. As good as it is a platform to explore talent, it is also good to reach out to lakhs of people and get recognition. One vital aspect of digitization is that, there is more transparency and less scope of corruption which was there in traditional way of music production.

When my musical journey began from the year 1992, I can recollect how my life passed in the blink of an eye. I was privileged to be trained under my guruji Shri Sailen Das and Pandit Subir Chakraborty. Under their guidance I learnt several melodies such as Rabindra sangeet and Rabindra geet in both Bengali and Hindi. Simultaneously, bhajans and ghazals were my passion too, so I kept learning that as well. In between my studies were on and I went on to complete my degree in M.com, as mentioned earlier.

In the year 1995, HMV launched my first album and that was just the stepping stone towards my long musical journey. Since then, 25 albums have released by different big music companies like HMV, Times Music, Zee Music, Raga Music Asha Audio and many more.

One focus which was my lifelong desire, was to learn and continue my music sadhana in Rabindra sangeet. I also founded an association with Mrs Nabanita Roychoudhuri, in order to connect people with Rabindra sangeet . Students of different age groups can learn music in the association which has been called as Rabir Ghar.

Apart from this, there is one area where I have tried to popularize my style of singing. It is called Hindi Rabindra geet. My guru Pandit Subir Chakraborty has conceptualized 30 songs popularly known as Hindi Rabindra geet, which has melodies of Tagore with it’s exact feel but in Hindi. It was released in the year 2015. This has been done to address the nation in a national language, to give the essence to people on a large scale of music where there will be no language barrier. The songs carried the same emotions and philosophy of Tagore without altering the music and composition.

The songs were conceptualized by my guruji himself.  It was released in 3 albums: Musafir, Intezaar and Deewana- all three represented the character of Tagore. The 30 songs are a set of newly composed songs and it indeed gained a lot of popularity. In the year 2011, after the release of my album Musafir, it was even recommended to the UNESCO, headquartered in Paris. I was also invited to UNESCO to perform my Rabindra geet. Since then, I have been visiting several places outside India and In the year 2017, I was cordially invited to perform Rabindra geet in Jakarta in Indonesia at the 2nd International Conference on ASEAN Indian Cultural and Civilization Links. Here I performed in the presence of Prime Ministers and Honourable persons from different countries.

Also another fact which I have realized is, it is impossible to learn music online. Though digitization is an incredible forum to display knowledge and learn new things, yet it is not a platform to preach the root of music to establish the connection between guru and devotees. If one has to learn music then it is always important to be physically present to take in the essence. It can never be done online or virtually. When we speak of Sangeet sadhana, there is something called the aura which a devotee can receive from his guru.

An ordinary person can have the aura penetration from his guru upto 10-15 metres. For the upper level of devotees, the aura of the guru can touch devotees even across countries which can mostly be seen in sadhus and sannyasis. But since the digital platform is the only way to reach out to our students, I and my wife are taking classes online. But I prefer to send notes and notations over files and send them through whatsapp. This makes it easier for the students to grasp the lesson in a seamless way.

Digital Performances And Reach Of Artists:

This is a very controversial and individualistic discussion. But according to me, I feel that physical performance still has it’s own charm today. The digital platform offers a lot of choices and people stick to one content very rarely on a digital platform. When people visit performances the soul focus is to visit and see the performance. There is no other task which they perform. In case of online platform, a performance has to be extremely interesting and overtly unique to cast a spell on the viewer’s outlook so that they do not scroll down to something else. The digital platform is a good medium if one can use it wisely.